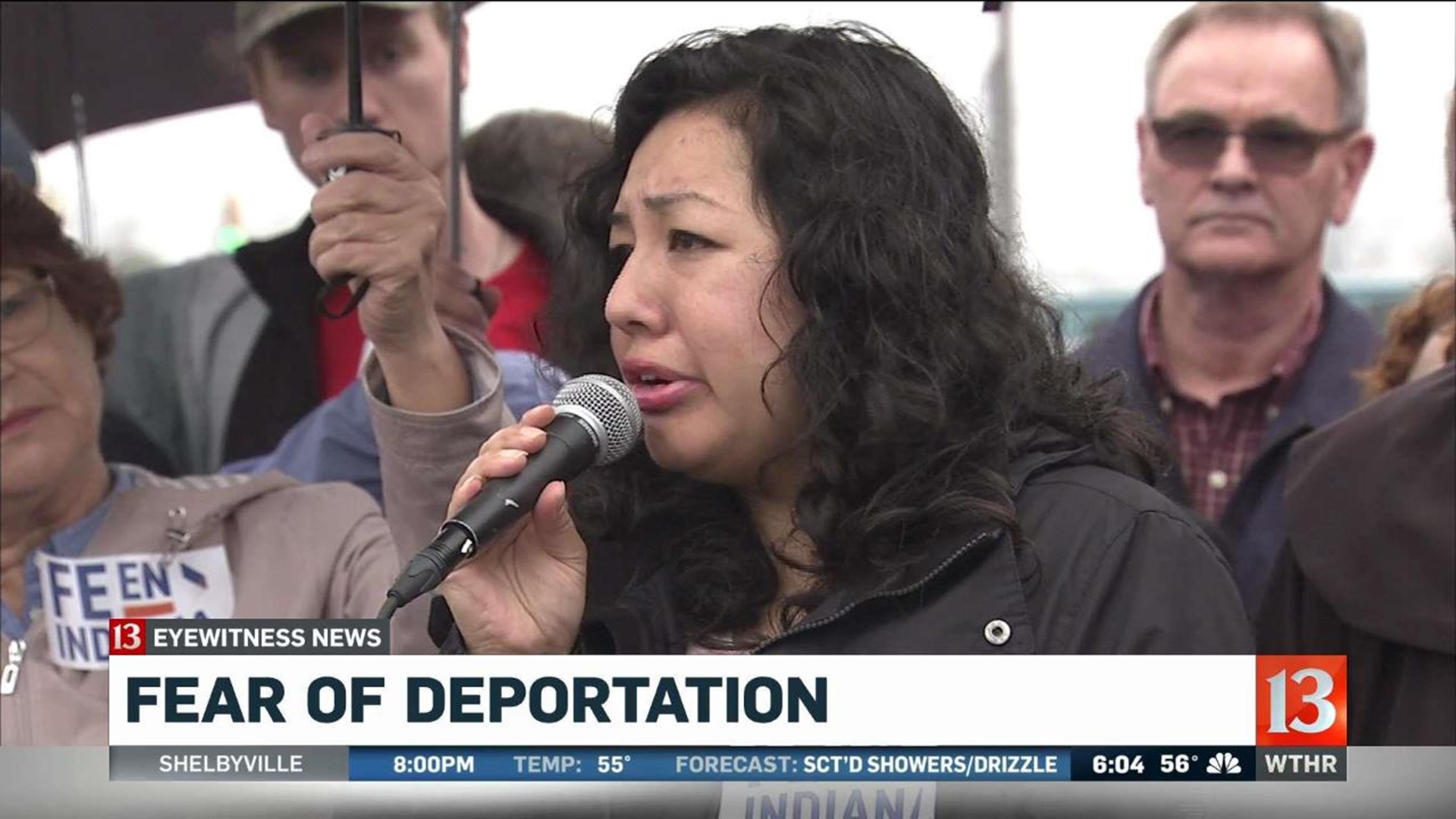 Erika Fierro's husband, Jesus, has already been deported. Now, the mother of two young children lives with the same fear.

Fierro was brought to the United States by her parents 30 years ago. Now, she's afraid she will be forced to take her two children, 8-year-old Angel and 3-year-old Jennifer, and leave as well, even though she has lived here almost all of her life.

"They said, 'We are ICE and we are taking you'," she recalled. "I said, 'Why?' They screamed back and said 'You were not born here. You are not from here. You need to got back to your country, so take your kids back and go."

Fierro pleaded with agents that one of her children had a doctor's appointment she could not miss, so they put an ankle bracelet on her and told her to report every two weeks. She went back Tuesday, accompanied by Indiana Archbishop Charles Thompson and supporters from her church.

"I think what we want to say is nothing has changed. That is good news and bad news," said Father Larry Janezic at St. Patrick's Church. "The good news is Erika is still with us. The bad news is, the process is underway."

Fierro was told the next time she checks in to come alone. if she didn't, she was told it would go down as a missed appointment.

"We are not criminals. We are good people who serve in our community," she said.

Thompson said nothing absolves us from always standing up for the most vulnerable among us.