The health department said more than 50 checks were completed this week. 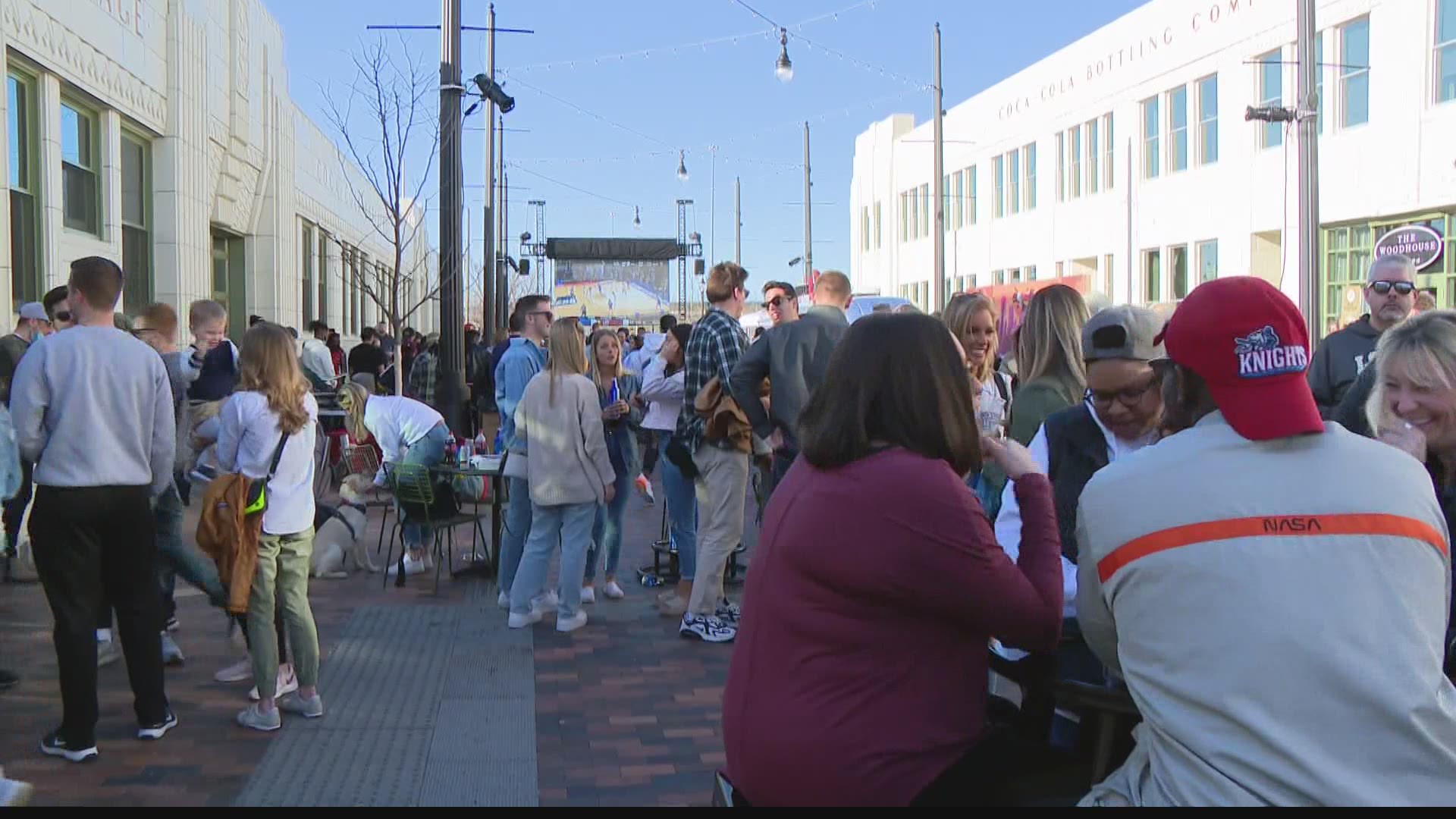 INDIANAPOLIS — Keeping March Madness fans and hospitality workers safe is a big priority, along with protecting the teams, and health officials say they have changed up their game plan for this weekend.

There wasn't a lot going on downtown Friday afternoon, but activity is certain to pick up this weekend as fans return for the Sweet 16.

Marion County health officials will also be out and about, again doing spot checks of downtown bars and restaurants.

"Someone comes in and makes sure they're socially distancing, wearing masks and doing all that the public health order recommends and suggests they do," said Melissa McMasters, infectious disease administrator.

Fans swarmed the Bottleworks District last Saturday, and the health department issued a notice of violation. They then worked with Bottleworks on a plan to limit crowds, and no issues were reported Sunday.

After 6 on South Meridian was forced to close Sunday after its license was suspended for several reported COVID-19-related violations. Having worked with health officials to address the problems, they're expected to reopen Friday.

McMasters says the ultimate goal is not to shut anyone down.

"No, not to penalize," she said. "It's to educate and keep all the other businesses open that are doing the right thing that allow us to have all these folks in town."

She said so far this week, the department has done more than 50 spot checks, with most found in compliance. Any issues were addressed immediately with very little push back from the owners.

"Most are agreeable because they want to be open more than anything and that's why I think we've seen very few issues," said McMasters.

Fans downtown Friday said they hope there won't be a repeat of what happened last weekend.

“If we do these protocols right, then we can eventually get back to normal and that’s what everybody wants,” said Fallon Coleman.

Her sister Heather Coleman agrees, saying people need to keep their masks on.

“You just don’t know,” she said. “We already know crowds bring different people in and it makes us more susceptible. Let’s play it safe. Keep our distance and keep our numbers small.”

Arkansas fans who arrived Friday are excited to be in Indianapolis and are looking forward to having a safe weekend.

“I am vaccinated, but I am still going to stay away from those large crowds, just because it is the right thing to do and we want to stay safe,” said Kim Skelly. “We can have a lot of fun in small groups and that is what we are doing.”

Looking to celebrate all things basketball in Indy? Check out the Fan Guide: https://t.co/aYcELm47qD and #DoYourDance! pic.twitter.com/ILs8YckW4j