Hamilton Southeastern teacher says he is recovering from coronavirus

“It was the sickest I’ve probably ever been in my life,” the teacher said. 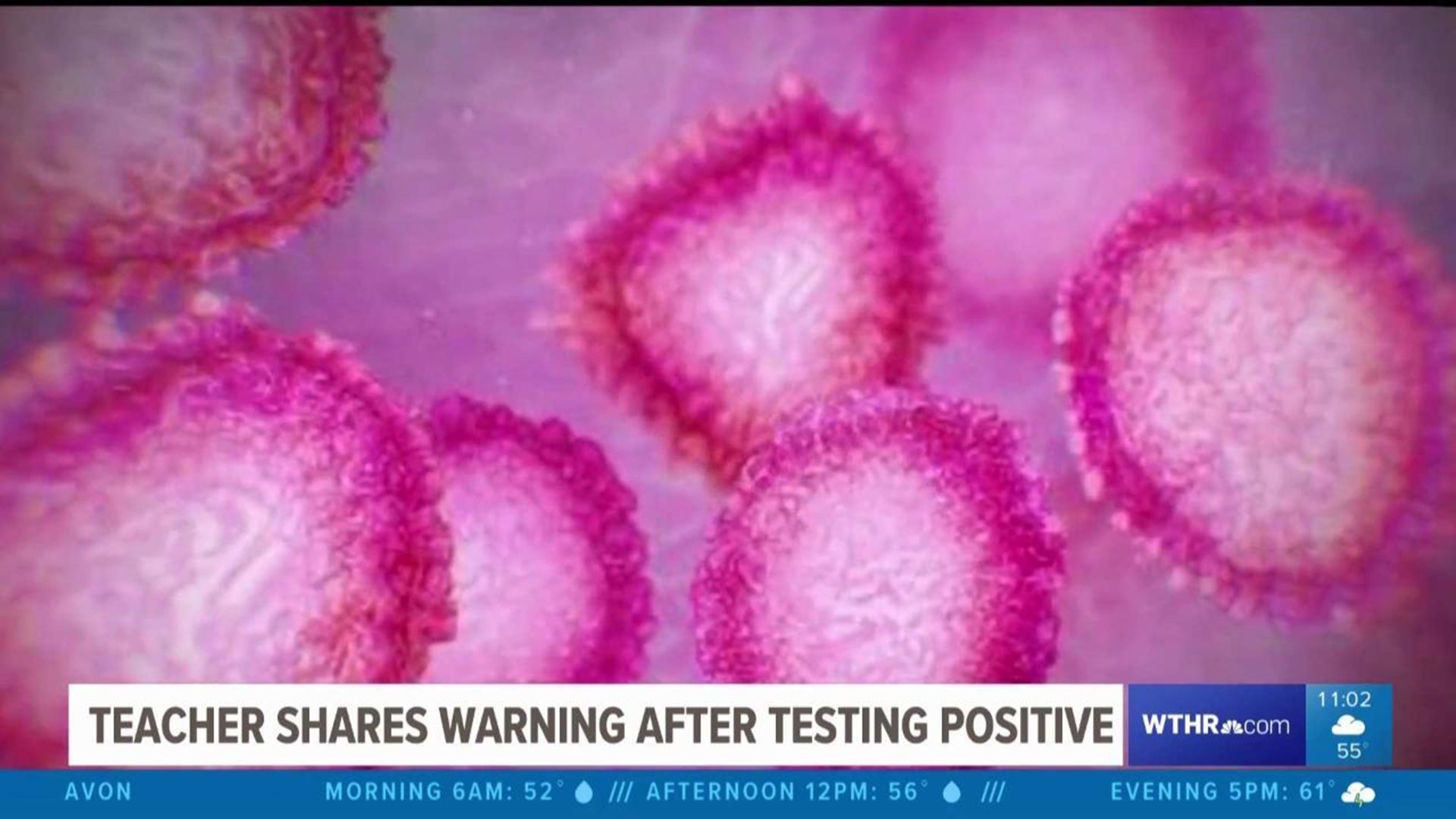 “I’m that life lesson teacher, too. If I see an instance for it, I’ll jump on it. I won’t even think twice about it,” said Crull.

The 51-year-old husband and father of two was diagnosed with COVID-19 last Monday.

“It was the sickest I’ve probably ever been in my life,” said Crull.

He said he started running a slight fever on March 14, one day after the district went to e-learning. A few days later, on Tuesday, he got worse.

“The bottom kind of dropped out,” said Crull. “I was in bed with sweats on, with blankets on me, like six blankets on me and I could not get warm."

When Crull tried to take a shower, he could barely breathe.

“I felt like someone was sitting on my chest,” Crull said.

When his wife Rebecca looked at him, she knew it was serious.

‘You know your cuticles are turning blue, right?’ And I’m like, ‘No.’ I didn’t really notice that my lips and ears were blue too and she’s like, ‘Let’s call the hotline,’” Crull said.

When they did, the Crulls were told to go to an ER. An operator on the hotline called ahead to let the hospital know a potential COVID-19 patient was coming.

“They had their gowns on and they were masked up and had their glasses on. I was so weak I couldn’t walk,” said Crull.

Doctors tested Crull for COVID-19 and did a chest x-ray. They found he had pneumonia.

“They gave me an antibiotic and sent me home,” Crull said.

Eight days later, Crull found out that he had coronavirus.

“It knocked me on my rear. It’s no joke at all,” Crull warned.

He said he let the district know about his diagnosis. School officials sent an email to parents and staff, letting them know a teacher had tested positive and that they also had learned a second staff member, who works in several buildings, had the virus too.

The district said because it wasn’t known where the two employees got the virus, they were sending out the email out of an abundance of caution. According to the email, the last date the infected employees would have had contact with students and staff was March 13. So going by the 14 day quarantine guidelines, the district said March 27 would be the final day for people to be concerned about exposure.

Crull thinks his wife has also had the virus at this point, although she hasn’t been tested. She’s a second grade teacher in New Palestine.

Now, Crull wants his students to know this could be one of the most important lessons he ever teaches them, one that could save their lives.