A 13-year-old girl from Hamilton County reported finding a razor blade in a piece of Halloween candy. 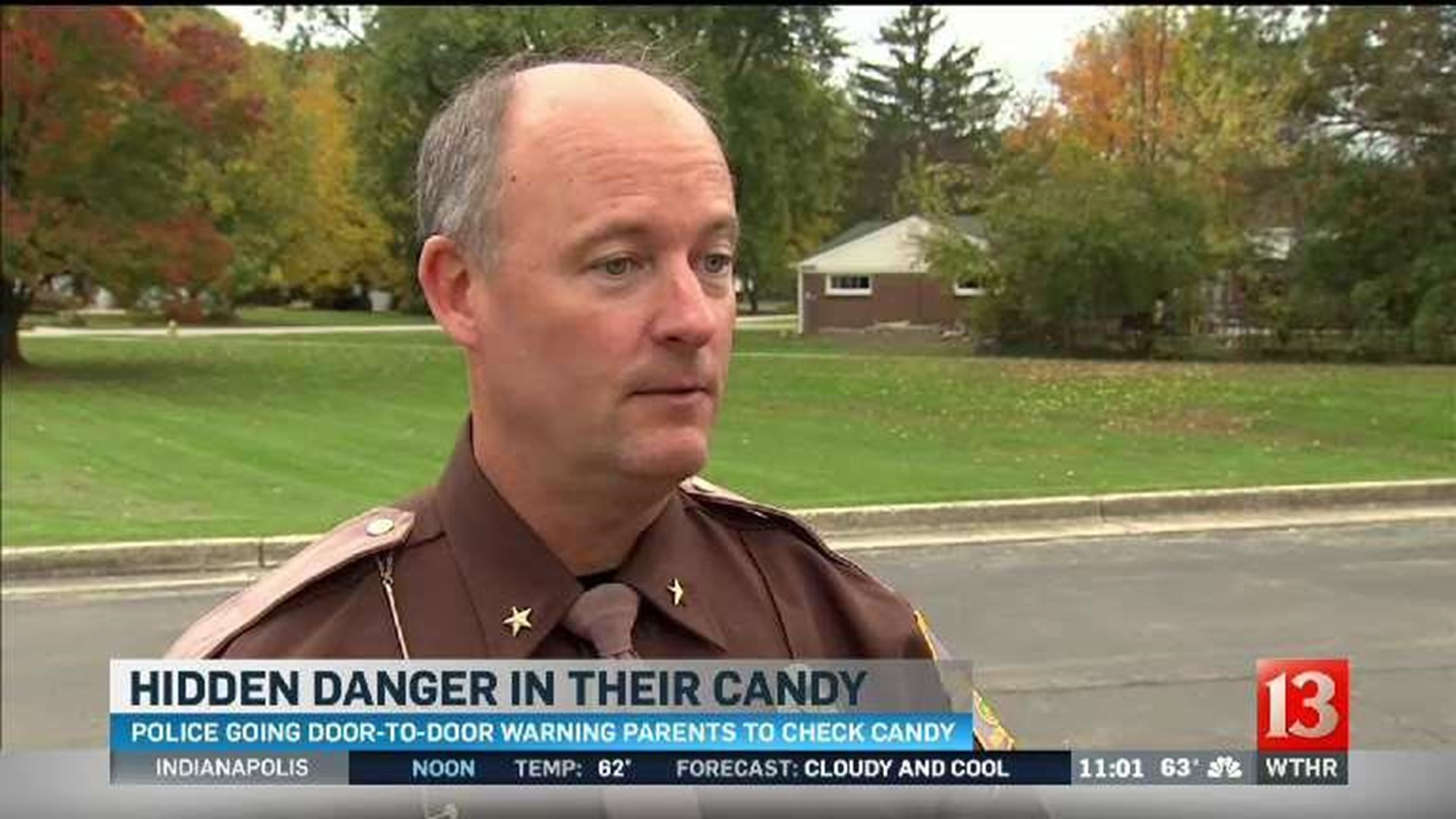 HAMILTON COUNTY, Ind. (WTHR) - The Hamilton County Sheriff's Department is warning parents to check their children's candy after a girl was hurt on Halloween.

Police say the 13-year-old bit into a razor blade that was hidden in her candy bar.

Right now, it's not clear exactly which house the candy came from, but investigators say it was somewhere in the Orchard Park neighborhood, near 106th and Westfield Boulevard in southern Hamilton County.

That's the only neighborhood where the victim went trick-or-treating Monday night.

Posted by a mom in Hamilton County, it shows a thin piece of metal wedged into a candy bar. Police say it appears to be a razor blade.

"Oh wow. Now that, to me, is very scary," said Ryan Curley, a father of five who lives in the Orchard Park neighborhood. "It ruins Halloween is what it does, because it makes all the parents worry."

The mom of a 13-year-old called police when her daughter took a bite of a fun-sized candy bar, got hurt, and had to go to the hospital.

Hamilton Co Sheriff says the girl who bit into a metal-filled #Halloween candy bar WAS hurt. Lacerated inside of her cheek. @WTHRcom pic.twitter.com/sSlPcckoFw

"What would make somebody do that? What's the motive behind it, know what I mean?" Curley questioned.

That's what police want to know, too, which is why a half-dozen deputies converged on the Orchard Park Neighborhood Wednesday evening. That neighborhood, near Orchard Park Elementary School, is where the victim went trick-or-treating.

"We're talking to folks, asking questions, trying to find if there's any information or leads we can go on," Sheriff Bowen said.

They walked door-to-door, armed with flyers, to warn families and see if anyone saw or heard about anything suspicious Halloween night.

"A young lady found a piece of metal in a piece of candy," Deputy Jimmy Pharis told one homeowner. "We're just making people aware of it."

"We're concerned that there may be others who picked up candy at this same location and may still be in peril finding a piece of metal in their candy bar as well," Sheriff Bowen said.

So far, investigators say there have been no other reports of contaminated candy. But deputies are telling everyone, no matter where they live, to inspect Halloween treats very, very closely.

Deputies hope to catch the person responsible before another child gets hurt. They will be out in the neighborhood in Orchard Park once again on Thursday.

They ask anyone with information or anyone who finds suspicious candy, to call the Hamilton County Sheriff's Department at 317-773-1282.