Getting through middle school can be challenging enough. David Beaty has to do it while managing a learning disability. 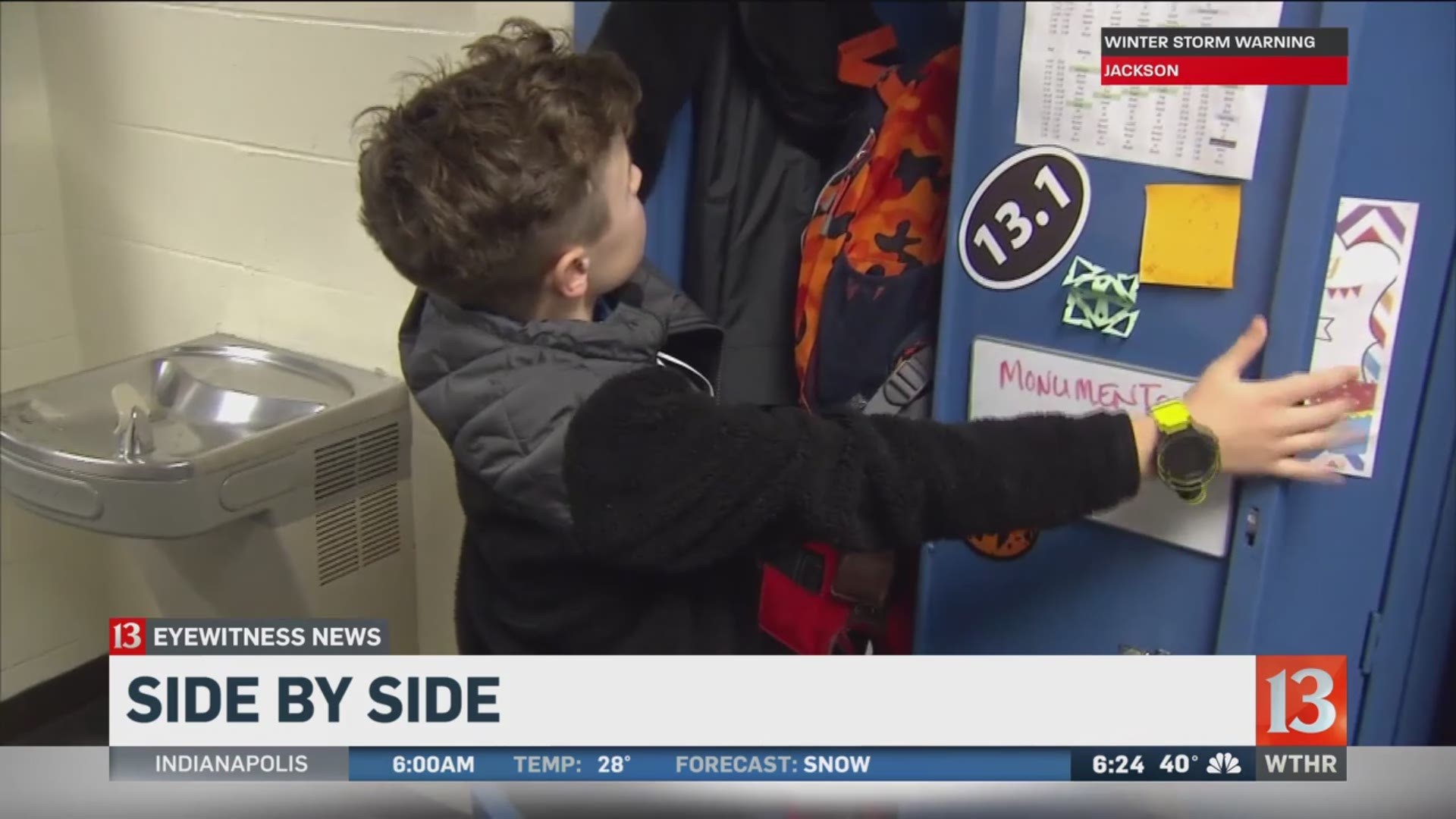 INDIANAPOLIS (WTHR) - Running seems to have changed everything for one young man, and a local teacher is showing him she's willing to go the distance with him.

Getting through middle school can be challenging enough. David Beaty has to do it while managing a learning disability.

"It's harder to process information,” said David, a student at The Orchard School. That's how David, 12, describes what it's like to have dyslexia.

"It makes it harder to learn stuff. I want to get over it but it's stuck."

So stuck that when David started 6th grade last fall, he didn't think he could handle it all.

"He was like a guy with ten kids and a mortgage,” said Kristen Beaty, David's mom. “He was under so much stress."

David was ready to give up his one extracurricular activity - running on the cross country team - just so he could study more.

David's teacher last year, Allison Housefield, is also his cross country coach this year. She had other plans.

"When I heard he was thinking about quitting cross country, I knew things had to be really not in a great spot for him to feel that way,” said Housefield.

So Miss Housefield started to run with David at practice.

"He stuck it out the rest of the season and had a successful season and when he asked if I wanted to run a half-marathon, the only answer was yes."

The two started training together after school and even on Saturday.

"Me and Miss Housefield kinda talk about the stresses of the day and just talk about it."

On one of their longer training runs, Beaty said he got tired near the five-mile mark.

“So Miss Housefield said ‘wanna put some music on?’”, David recalled. "I said how about we put on “500 Miles” and then that was our song."

"And we put that on repeat and we were just dancing and screaming the rest of the way back," Housefield said.

Not long after, the pair ran The Indy Monumental, their first half-marathon together.

"I was struggling and he was the one encouraging me,” Housefield said.

"I knew she was slowing down, but I encouraged her to keep on running,” said David. “We are a good team."

3 months later, things are better for the kid who once felt stuck in dyslexia and anxiety.

"I feel less stuck right now and more free. It feels like I can't be stopped,” David told us.

And it doesn't seem like stopping is in the plan.

"I would walk 500 miles for her because she has pushed me and encouraged me just to keep running."