"Hackathon" aims for high-tech solution to hunger in Indianapolis

Programmers and computer code writers are working through the night to find a solution to help people dealing with hunger and food insecurity. 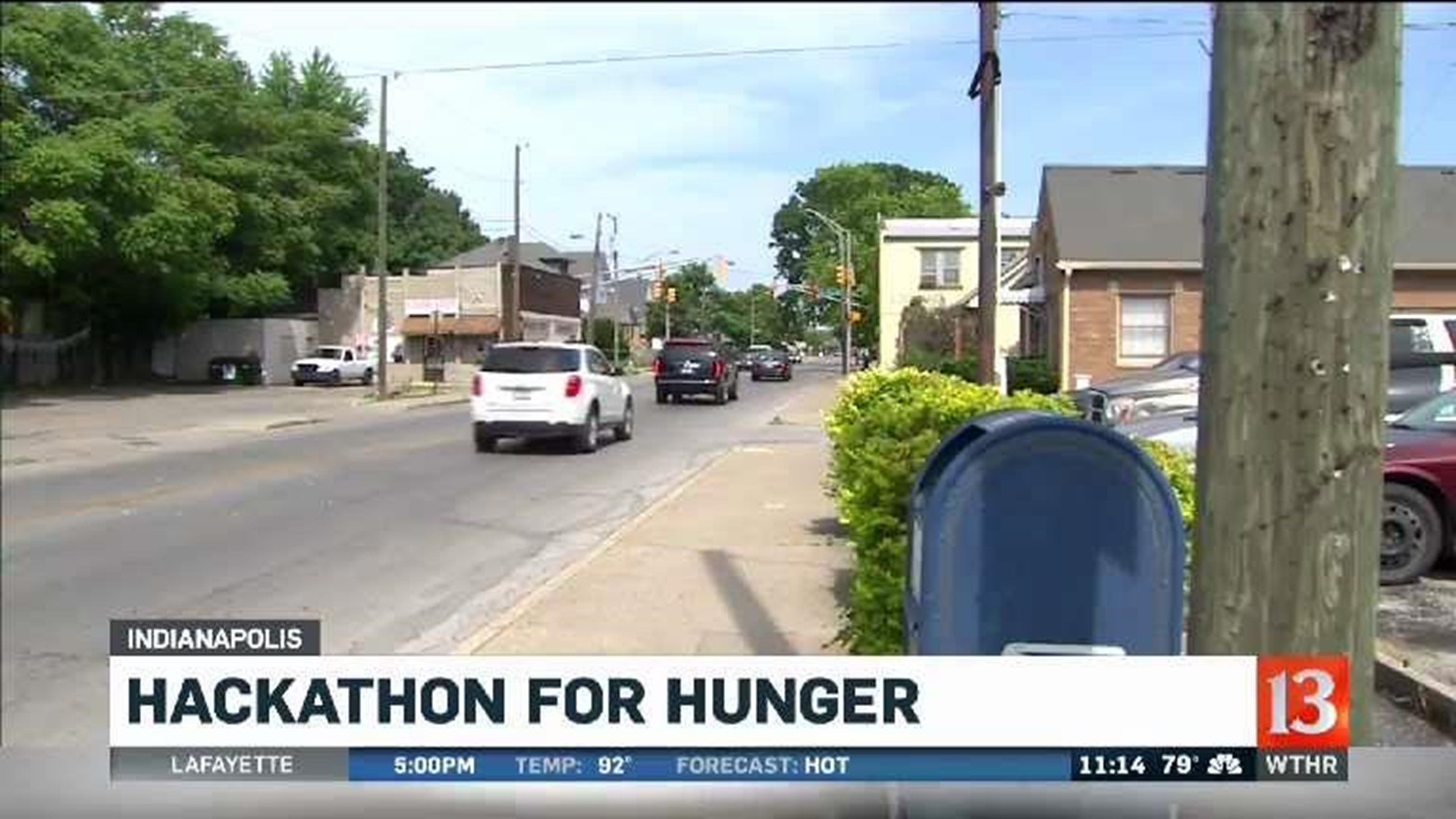 Programmers and computer code writers are working through the night to find a solution to help people dealing with hunger and food insecurity. The goal of the "hackathon" is to develop an app to help people in need of food.

On E. 10th Street Friday, Belinda and her son Raymond were walking home from an east side convenience store.

"They're a little costly, but they have what you need," Belinda said. "They don't have fresh foods. I wish we did around here, but it's convenient."

Within a block on East 10th Street, Melissa Miller sees a mini mart and a food shop, but notes "they're small."

She says the neighborhood needs a "more convenient grocery store in between that's convenient for everybody, especially senior citizens who can't get to and from (the store)."

Could there be an app for that?

Auri Rahimzadeh and his former intern Taylor are teaming up to take on the food app challenge - this year's Indy Civic Hack project sponsored by Indy Chamber.

The lack of reasonably priced nutritious food in some areas is even linked to crime. That's why IMPD, EMS and Indianapolis Fire help out at Gleaners' CARE Mobile Pantry.

The competitors include a group from Carmel High School.

"That's what our club does. Codes for change. We're all about working with the community, with non-profits," said Sam Burroughs.

"Since we're tackling a problem within the community, I think it's important to see ways that I can make a difference," Hannah Mundt said.

The mayor told the app developers about 170,000 people go hungry in Indianapolis and about a third of them are children.

"That's why you're here," he told the group.

Competitor Taylor Brazelton is up to the challenge.

"Because the east side really needs the help," she said.

The winning team could qualify for a grant to develop their app for use in the real streets of the city. The 24-hour contest ends around 5:30 p.m. Saturday.