It has been a long-time promise from Republicans: repeal and replace the Affordable Care Act. 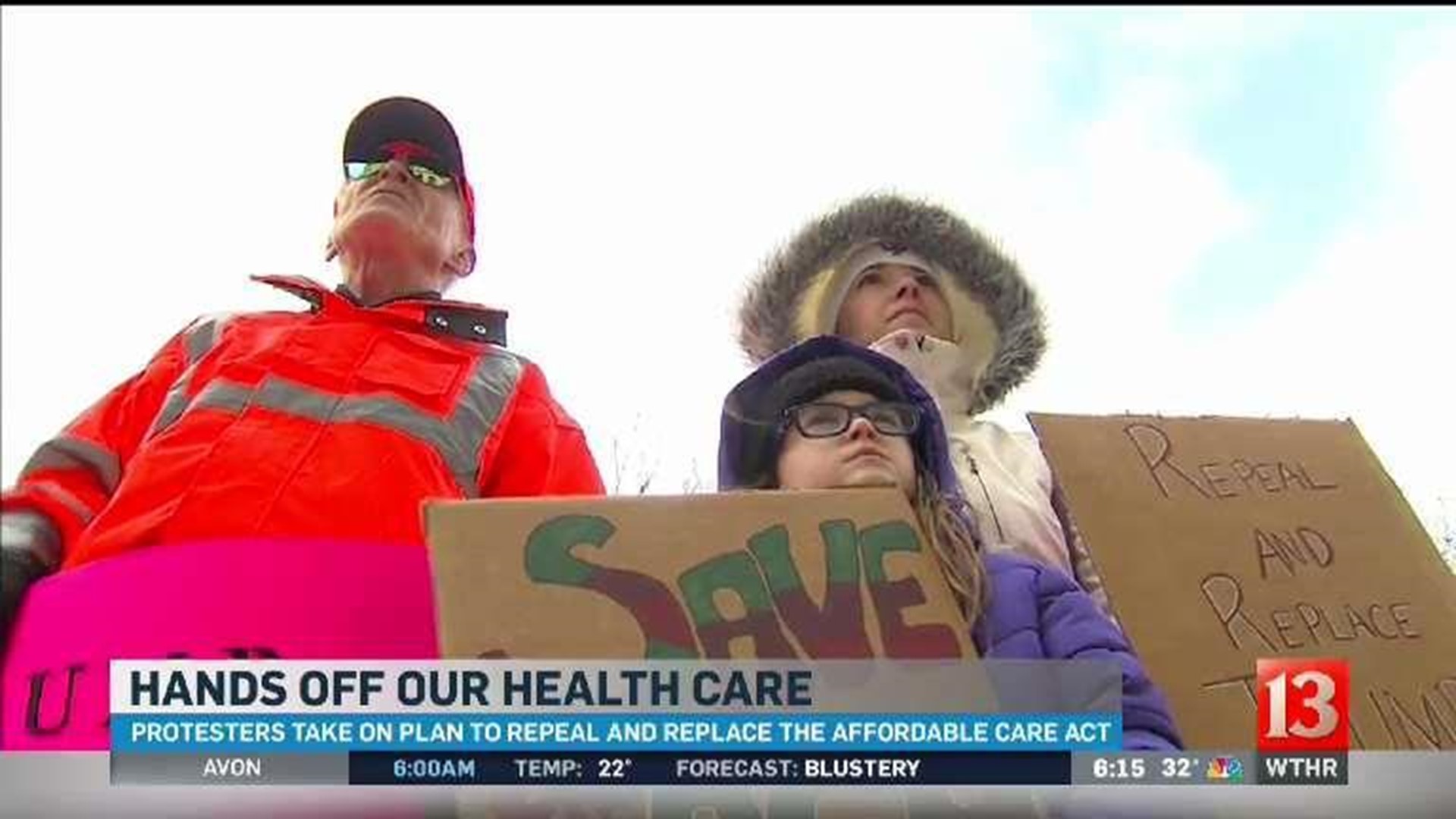 INDIANAPOLIS (WTHR) - It has been a long-time promise from Republicans: repeal and replace the Affordable Care Act.

Now, after a document was leaked late this week, the public is getting a look at what the new plan would look like. That leaked proposal shows plans to get rid of the individual mandate and subsidies, while cutting back on the expansion of Medicaid.

At the same time, Democrats are fighting back against the change. A group gathered at the Indiana Statehouse Saturday, rallying to keep the original law in place.

The group called for a town hall meeting with Senator Todd Young, but louder were their calls to keep the Affordable Care Act.

"I'd like to be able to continue having health insurance. I'm employed, I'm not a freeloader, I'm not trying to take money away from the government, I pay taxes. I just think that health care is a human right," Ruth Almy said.

"I could have sat home today in my nice warm place... and not worried about this, but I know what's happening," Harry Honeywell said.

Though some at the rally had seen the leaked details on the Republican plan for replacing the Affordable Care Act, they said it was too little and too late.

"I think they don't have any kind of full substantial plan for actually taking care of people on Medicare or Medicaid. Anyone who needs health insurance is concerned about preexisting conditions not being covered, none of the Republican plan details that were leaked are in any way answering any of our concerns," Almy said.

"They want to get rid of any kind of safety net for the people. I'm on Medicare. I'm here to defend these people because you have to draw a line in the sand someplace," Honeywell said.

There are several steps before the new healthcare legislation could become law. It has to go through the Congressional Budget Office to see how much it will cost.

House Speaker Paul Ryan has said he is working on a bill that the House of Representatives could vote on early next month.