Reagan Lawson, 13, overcame her fear of singing in front of people to win the 12-14 age group of "Military Kids Have Talent." 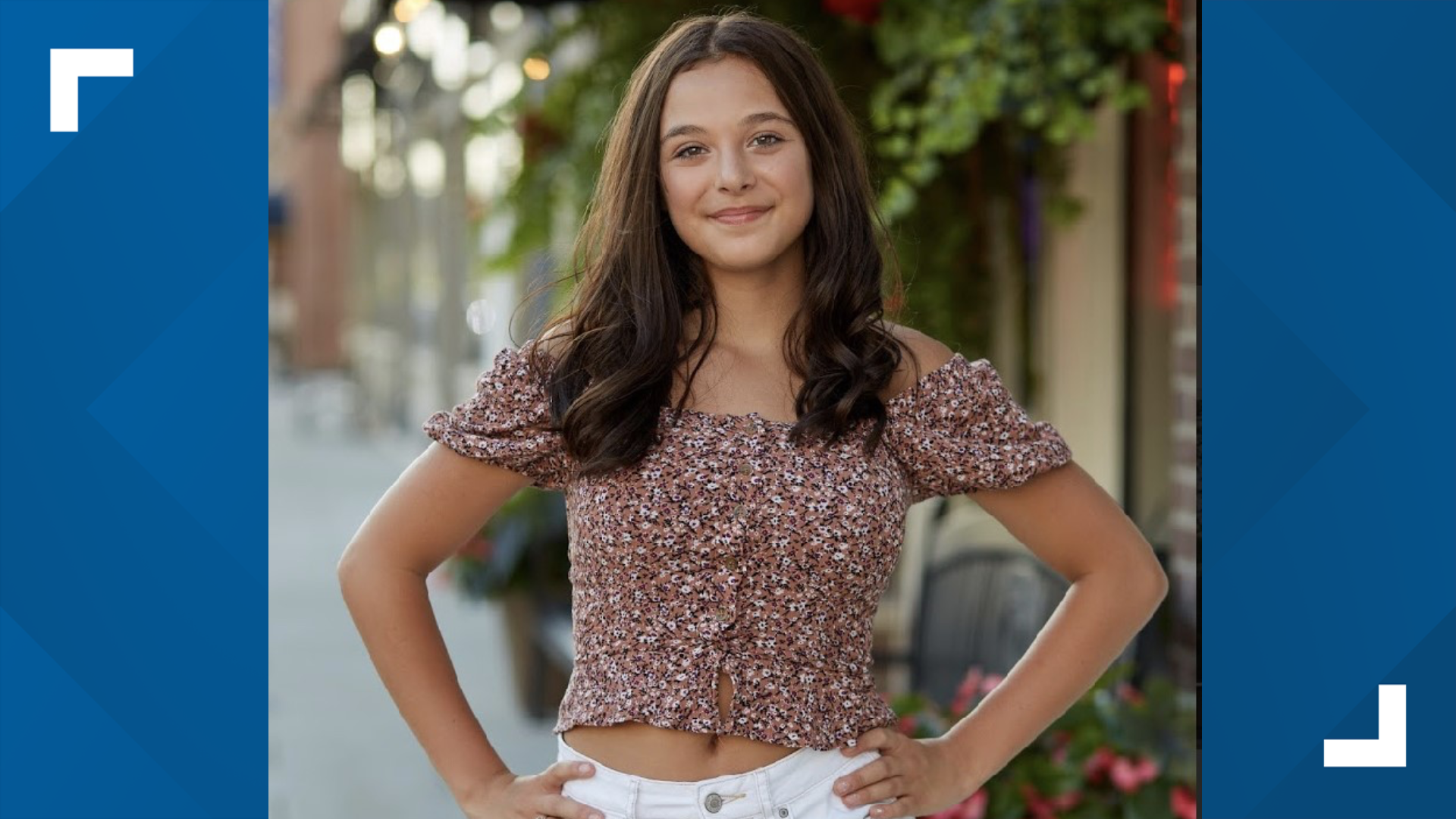 GREENWOOD, Ind. — Many people deal with anxiety in some form or fashion.

Reagan Lawson, 13, overcame her fear of singing in front of people to win a national talent competition. The middle-schooler from Greenwood — whose father served 15 years in the Army — just took first place in the virtual "Military Kids Have Talent" competition.

"Singing is something that I've done to help with my hard times with anxiety," Lawson said. "It really just calms me down and puts me in a better state of mind."

Lawson submitted a video of herself singing in her parents' garage. Now with this huge win, her life and confidence could be changed forever for the better.

"I've been singing since I was a baby," she said, "but I think I started noticing that I was pretty good in middle school. That's when I started singing more."

The Clark Pleasant middle schooler won the 12-14 age group in the Elizabeth Dole Foundation’s virtual contest and sang the song "It's All Okay" by Elizabeth Gillies for her talent.

After two weeks of coast-to-coast public voting, Lawson was announced as a winner in the grand finale. A national vote determined winners from 36 finalists of children from survivors, military service members and veterans. The winners performed as part of an hour-long segment that premiered on the Elizabeth Dole Foundation's Facebook page.

"I'm very proud of her for putting herself out there and trying something that she hadn't really tried before in front of people," said her mom, Jessica.

Lawson won a gift certificate worth a few hundred bucks for being the best singer in her age group, but that's not the real prize here: she now knows she has one of the best singing voices in the country, so maybe her anxiety about singing in front of large groups could be a thing of the past.

Will she actually be a professional singer someday?

"It's a possibility," Lawson said.