A couple's effort to volunteer around the community has turned into a second career. 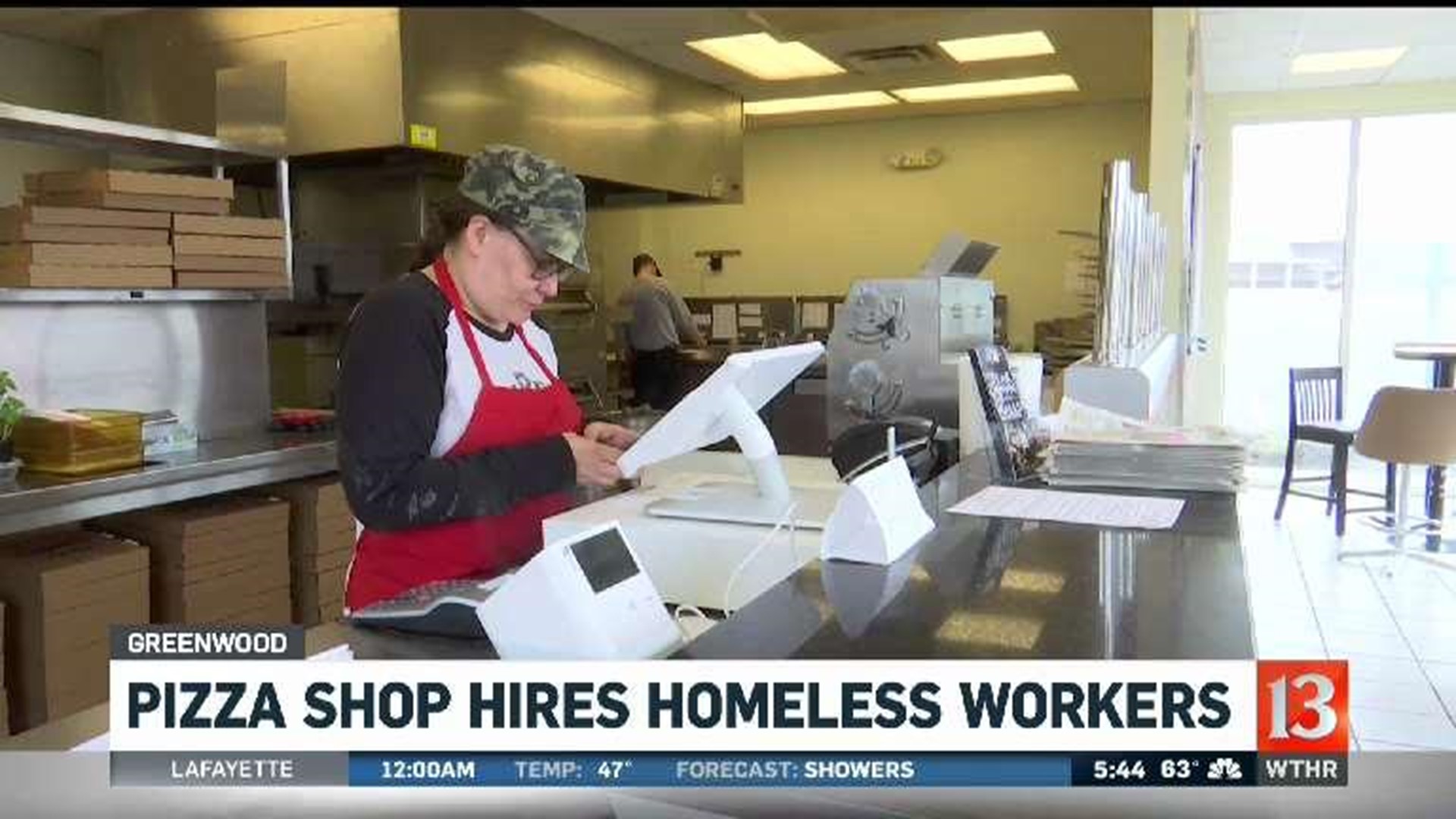 INDIANAPOLIS (WTHR) - Running a pizza joint is really not at all where Angie Wilhelmi envisioned herself being. She and her husband moved to Indiana to retire two years ago.

But their efforts to volunteer around the community has turned into a second career.

“Every other Saturday, we were making either a 12-inch pizza for each homeless person or some sort of a pasta dish or BBQ chicken,” said Wilhelmi.

Eventually, a friend suggested making their cooking a business.

After opening Agape Pizza, they realized serving pizza was not enough. They still wanted to serve their community.

Instead of offering pies, they could now offer employment.

“These guys are doing it right. You’ve got to give someone a chance,” said Chris Weeks, their first employee.

Weeks is one of about a half-dozen homeless people who have been able to work at Agape. He says trying to find a job while homeless is an uphill fight.

“It’s pretty hard, it really is, because you don’t have all the clean clothes. You can’t throw on a nice pair of slacks, nice dress shoes, a nice shirt and a tie and all that and walk in somewhere when you’re homeless,” said Weeks.

Being grateful for the opportunity does not begin to explain it, but the Wilhelmi’s hope that for each person, this is just a stepping stone.

“We want this to be their stepping stone. We want you to come, we want to give you a job, we want you to regain your confidence,” said Wilhelmi. “So we expect people to come and stay with us for a little bit and move on to bigger and better things and we’re totally okay with that.”

Angie and her husband still volunteer and 5 percent of all their sales goes a non-profit, Tear Down the Walls Ministries, which helps homeless people.