Rob Merchant spent the summer creating a pattern in his grass for the Twin Towers and FDNY in memory of the 343 firefighters who died. 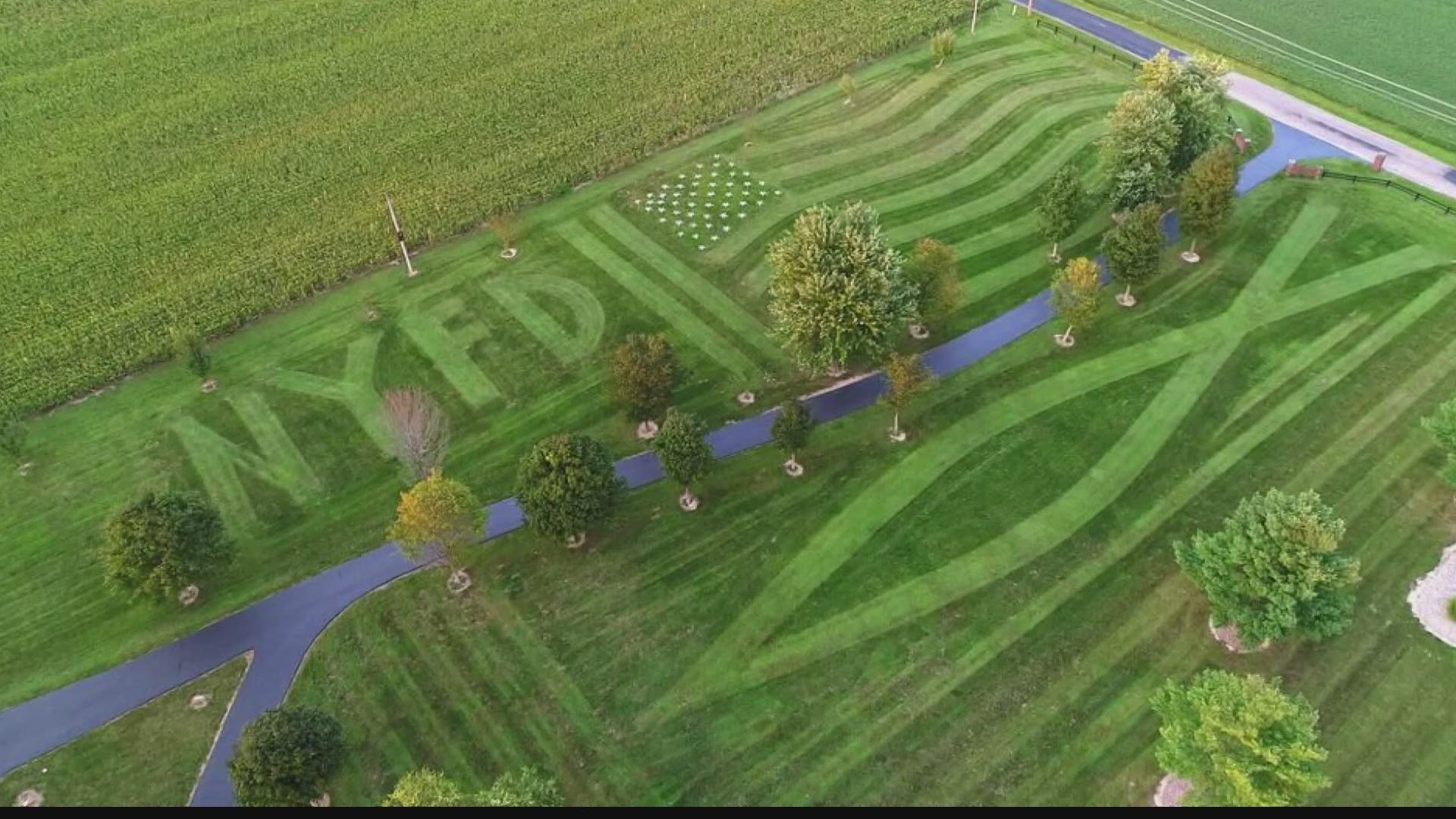 GREENWOOD, Ind. — A Greenwood man added another tribute to his lawn this month after mowing an American Flag for a service member who died in Afghanistan on Memorial Day.

Rob Merchant spent the summer creating a pattern in his grass for the Twin Towers and FDNY in memory of the 343 firefighters who died.

The country vowed to never forget the tragic day. Merchant doesn’t just remember Sept. 11 but also Sept. 12 — when the country came together as one.

“It was, ‘hey we need blood. We need to help people.’ The first Sunday after, everybody was in church hugging and crying and praying. We need that,” Merchant said.

He said it was a time when we cared more about what united us rather than what divided us.

“Flags were everywhere, on shirts, hats, small, big, and on cars. You just cared about the people,” Merchant said.

All summer, Merchant designed a flag, the Twin Towers, NYFD and a Christian fish.

When he created the flag, it was in memory of Jimmy Waters, a Whiteland graduate, who went to serve in the Army right out of high school. He was killed in 2011. Merchant was his wrestling coach.

The message now is to come together and be united. Stand up for what is right. Fight for what you believe in.

“The younger generation is going to remember what they did this year, in 2020,” Merchant said. “What is the September 12th of the Coronavirus?”

At a time when we feel divided, Rob hopes we can remember Sept. 12.

“The hugs, the family, the praying, the non-division, the unity,” Merchant said.