An Indiana National Guard soldier from Greenwood who died at Fort Hood, Texas was also a firefighter with the Ninevah Fire Department. 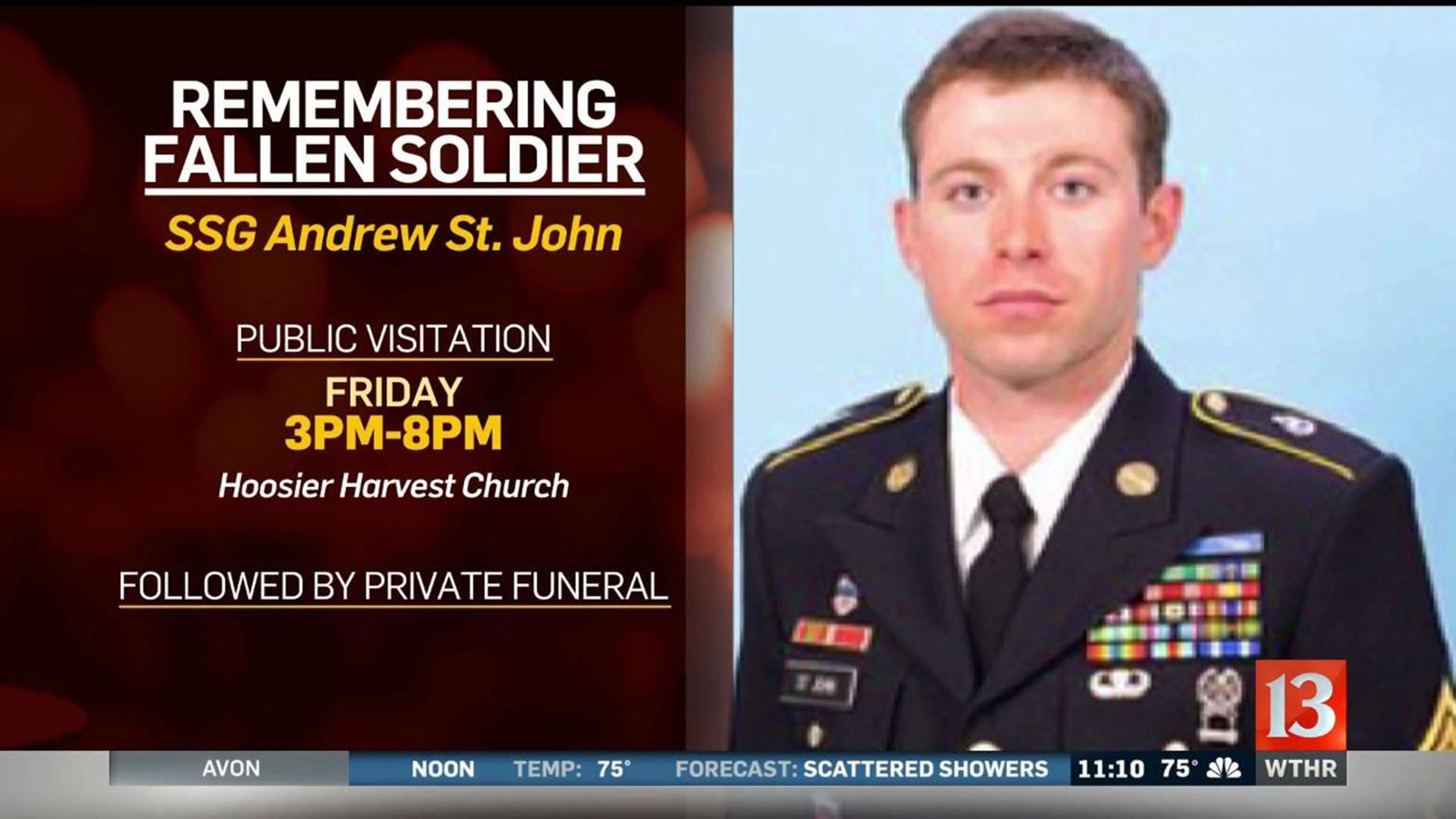 INDIANAPOLIS (WTHR) — An Indiana National Guard soldier from Greenwood who died at Fort Hood, Texas was also a firefighter with the Ninevah Fire Department.

The department said Staff Sgt. Andrew Michael St. John had only been with them a short time, but he made them all better.

"He had served on our department for over a year. Just in that short time it was evident that Andrew was going to be great firefighter and asset to our department," the statement reads.

According to a release from the Indiana National Guard, Staff Sgt. Andrew Michael St. John, 29, was serving as an embedded observer controller/trainer with Army National Guard Operations Group Wolf when he died.

“For those who knew and worked with Staff Sgt. St. John, he was respected and admired for his great love for his country and family," said Lt. Col. Chad Pittman, commander of the 1st Battalion, 151st Infantry Regiment in a statement. "He continually sought ways to ensure the success of subordinates, better himself as leader, and contribute to the achievements the organization. My deepest sympathy for his family at this sad and difficult time."

Gov. Eric Holcomb offered his condolences in a statement Saturday:

“Janet and I offer our heartfelt condolences to the family and friends grieving the loss of Indiana native, Andrew St. John, who passed away Thursday evening at Fort Hood in Texas. He served with distinction and was known as someone who always put others above himself. I ask all Hoosiers around the state join us in honoring his service and ultimate sacrifice to our state and nation.”

The cause of St. John's death is under investigation.

St. John grew up in Martinsville and graduated from Martinsville High School in 2009. His senior year, he was prom king.

Often called the "life of the party," he enjoyed golfing, riding his motorcycle and spending time with loved ones.

St. John was a proud father and husband, according to the Indiana Guard's statement about his death. According to his obituary, he had two children, Maxwell and Audrey.

Visitation for St. John has been scheduled for Friday, Aug. 23 from 3 p.m. until 8 p.m. at Hoosier Harvest Church in Martinsville. The funeral will be a private service.

The family asks that for contributions to the Indy Honor Flight program in lieu of flowers. Donate online at www.indyhonorflight.org/donate.