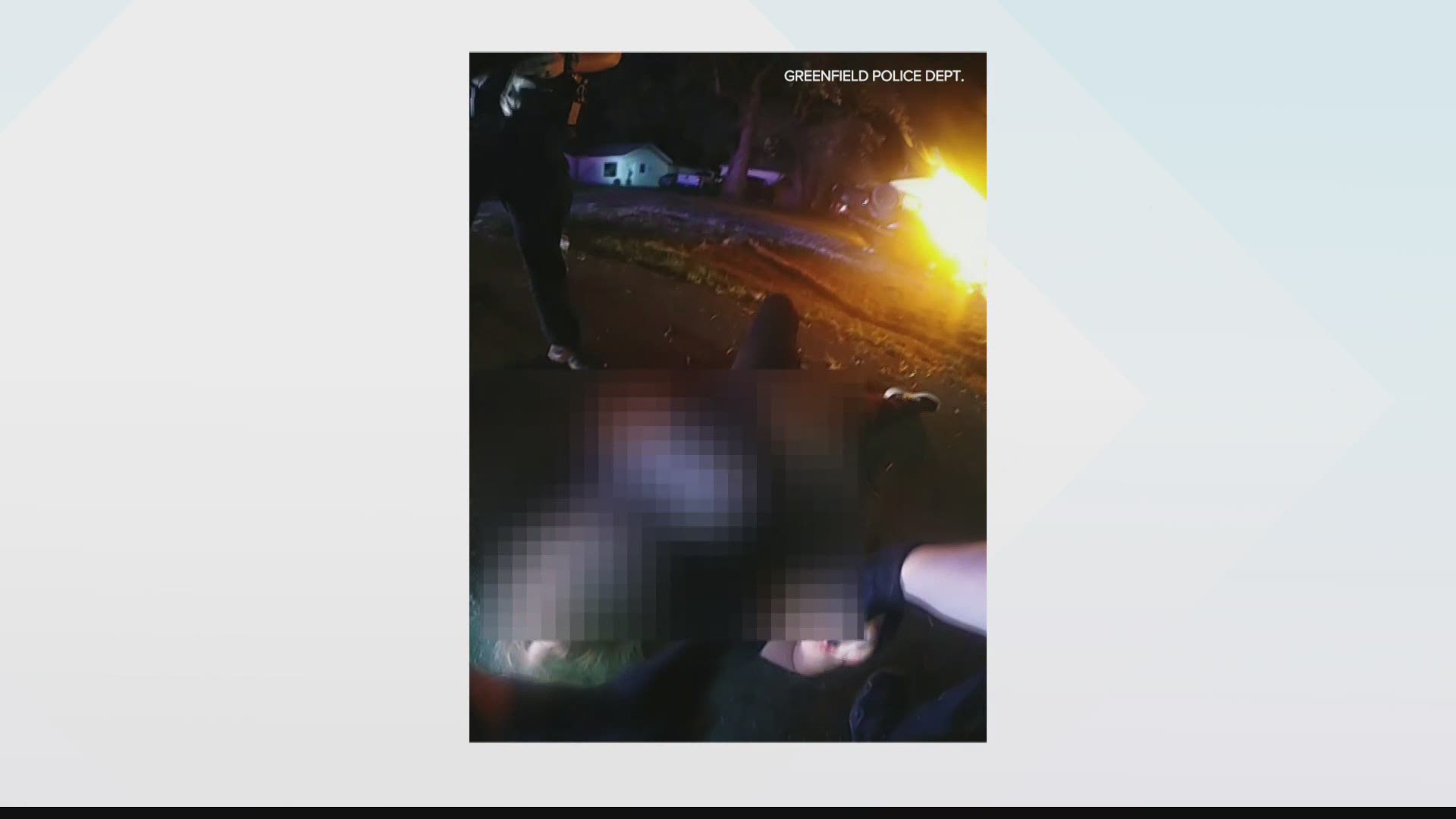 GREENFIELD, Ind. — A Greenfield police officer is being credited with saving a woman's life.

Around 1:30 a.m. on Sept. 9, Greenfield Police Department Patrolman Blake Crull discovered a car flipped on its top and on fire in the 4200 block of East US 40.

Crull ran to the vehicle and found 36-year-old Heather Fischer trapped inside and seriously injured.

Crull quickly searched for a way to get Fischer out of the burning car and was able to pull her through a side window to safety. Moments later, parts of the engine compartment began exploding.

WARNING: This video below may be graphic to some viewers. Viewer discretion is advised.

"This woman may very well have died if not for the quick actions of Ptlm. Crull," Greenfield Police Capt. Charles McMichael wrote in a release.

Fischer was taken to IU Health Methodist Hospital with very serious injuries, according to officials.

The driver of the second vehicle was identified as Arturo Casimiro, 46, of Indianapolis. He was arrested and taken to the Hancock County Jail where charges are pending against him for the following offenses:

Crull is a 5-year veteran of the Greenfield Police Department.

The Hancock County Sheriff’s Department is handling the crash investigation.