Michael Anderson is pushing to regain the mobility he lost because of a brain tumor. 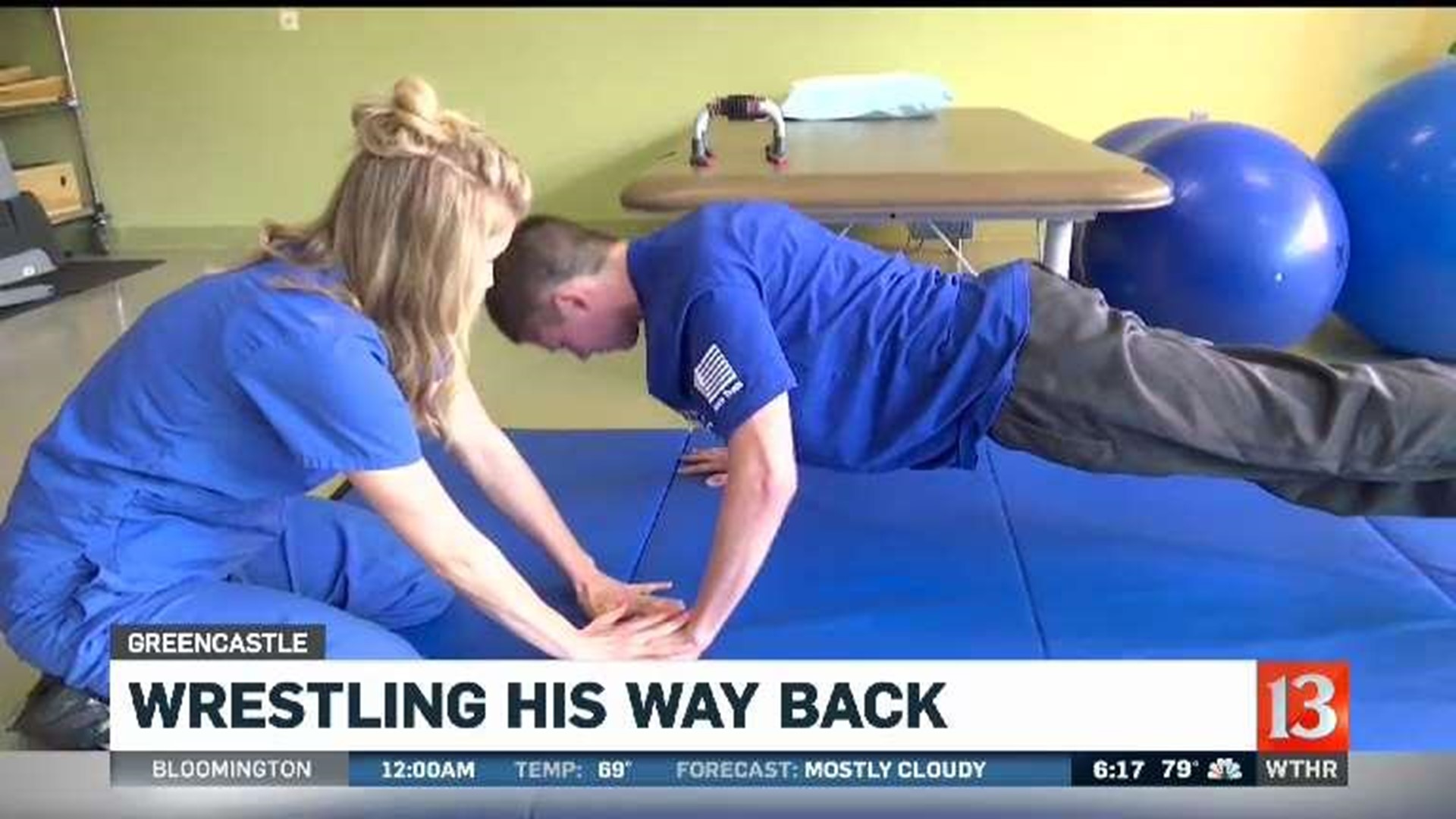 INDIANAPOLIS (WTHR) — Michael Anderson used to wrestle opponents on the mat. On Thursday, he performed push-ups on a mat at the IU Health Neuroscience Center, pushing to regain the mobility he lost because of a brain tumor.

"Really, it's just trying to give myself the best life I can," said Anderson. "I don't really have a choice."

Later in his one-hour occupational therapy session, Michael squeezes a spring-loaded clip with his left hand, a difficult task for the 19-year-old from Greencastle.

But he has come a long way in his rehabilitation.

"He started with nothing at all in his arm. Nothing, no movement at all," said IU Health occupational therapist Rachel Lower. "He was a wrestler — an athlete — I mean, in the best condition you can think of. He wakes up and can't move his whole left side."

Anderson wrestled for Greencastle High School. Severe headaches during his senior season took him to the emergency room in January 2018. A CAT scan revealed an aggressive, golf ball-sized brain tumor. He was flown by helicopter to Indianapolis for immediate surgery.

Anderson woke up with no movement on his left side. His plans to join the Navy were over. He had to deal with anger, frustration and self-pity.

"I still deal with it most of the time, really," said Anderson. "It's just I don't really have a choice, and this is what I've got."

Anderson went to work and walked out of the Rehabilitation Hospital of Indiana about a month after his surgery using just a cane. He walked the stage to graduate with his class and has graduated at rehab to working on fine motor skills with his left hand.

"When I started, my arm was like a noodle," said Anderson. "I can grab stuff now. I can open doors. It's completely changed."

Michael's occupational therapy is just once a week now and he's headed to college in the fall. Before his brain tumor, he had scored high enough on standardized testing to be accepted into a Naval program to become a nuclear engineer. Now he has been accepted at Indiana State University and plans to become a civil engineer.

"As of right now I feel like I can survive," said Anderson. "I can make it through life and I still have some left to get back."