“Ultimately, we’re rooting each other on,” said Shelly Fitzgerald. 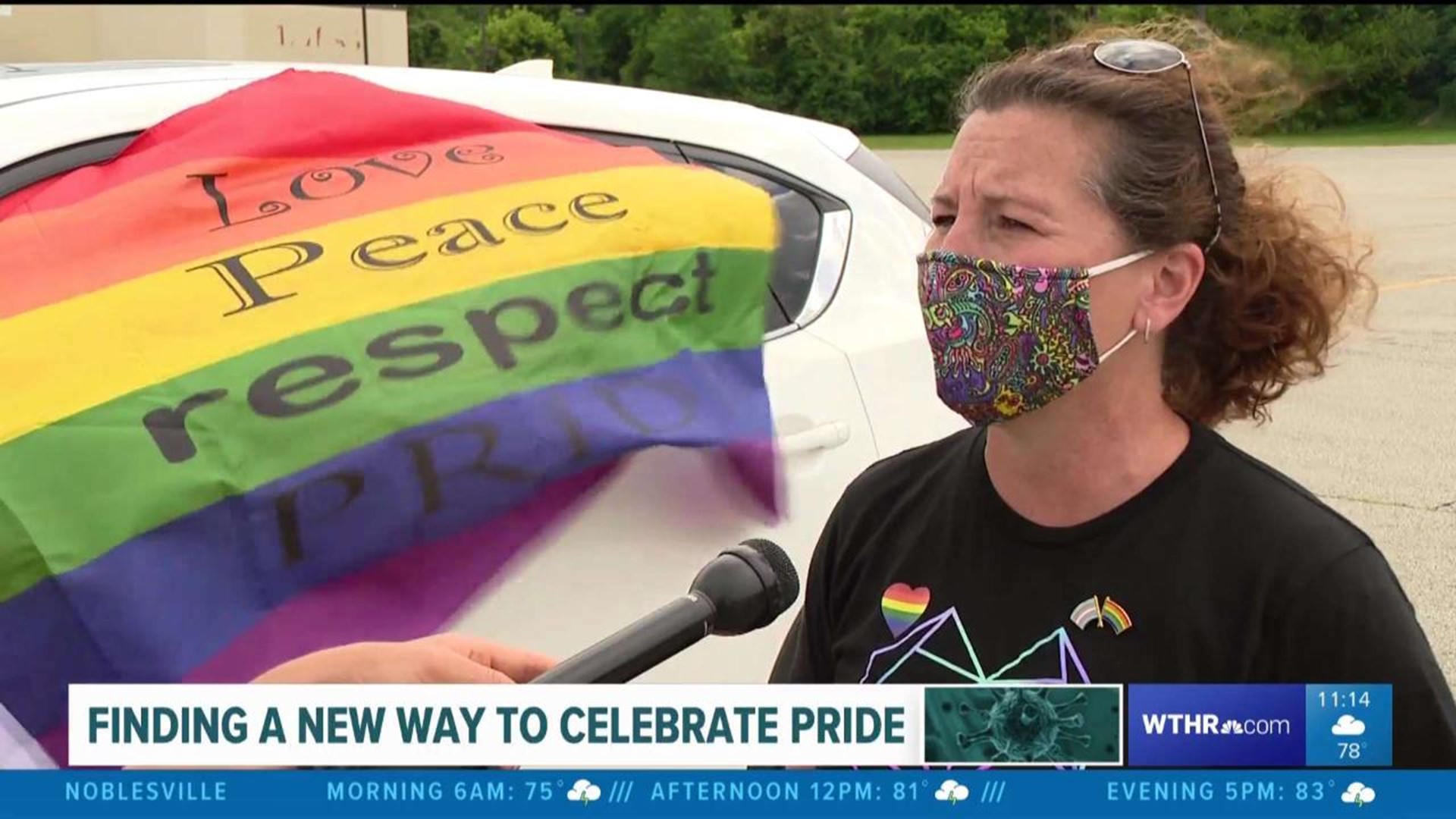 INDIANAPOLIS (WTHR) - Since the global pandemic makes gathering in large crowds risky, a grassroots effort is underway asking Hoosiers to celebrate Pride Month from home and on social media.

Fitzgerald, a former Roncalli High School guidance counselor fired for her same-sex marriage, has become an LGBTQ-plus activist. She, along with members of Indiana Stonewall Democrats and P-Flag, are asking others to celebrate Pride in their own way this year.

“If you can simply grab a flag and put it in your yard, you’re making a statement and that statement is heard in your neighborhoods and your communities,” said Dominic Conover, president of Shelly’s Voice.

“We took our kids to the Pride parade last year downtown and so they were a little sad that we weren’t able to do that again this year,” Julie Chambers said as she pulled up to get her own flags. “Since they couldn’t do the parade, my girls are going to do a parade in our neighborhood themselves.”

“We’re out here today because we want people to know even though we can’t gather physically together, we still want Pride to be waving in everyone’s heart,” said State Senator JD Ford (D-Dist 29).

Ford said that marking pride this year should highlight voices of color, both because of the pandemic and the Black Lives Matter protests taking place across the country in the wake of George Floyd’s death at the hands of a Minneapolis police officer.

“It’s a really important time in our lives to take a stance against injustice,” said Fitzgerald. “Ultimately, we’re rooting each other on.”