13News is purposely not showing the engagement ring in detail because Alma Kurtz wants the woman who lost it to provide that information. 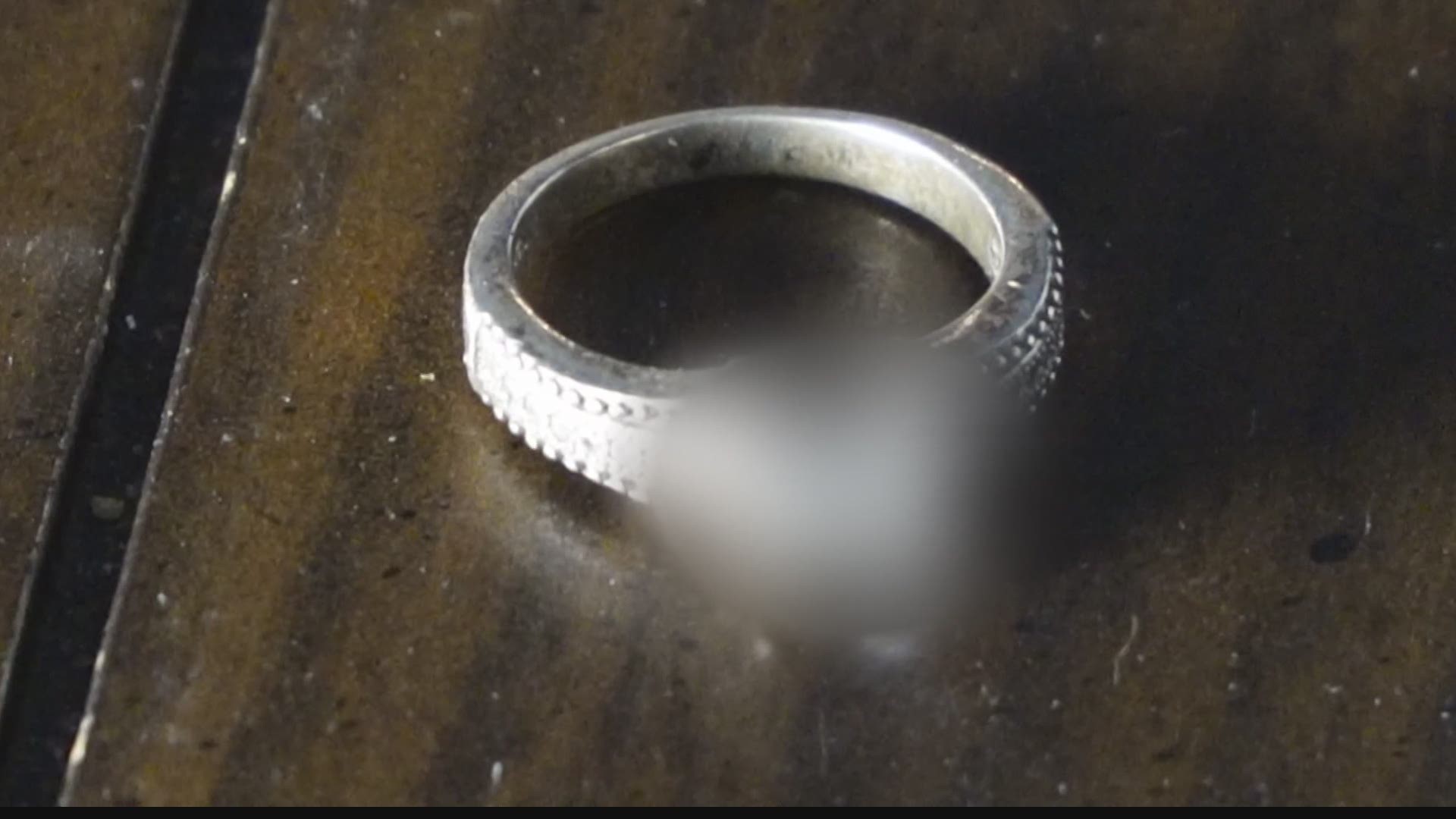 INDIANAPOLIS — An Indianapolis woman wants to be a good Samaritan by reuniting a lost engagement ring with it’s rightful owner.

Alma Kurtz found the ring on the property of Crown Hill Cemetery in Indianapolis. She has put in more than a half-century of marriage herself and knows how important an engagement ring can be.

She told 13News if the woman who lost the ring can provide a few details, it's hers to have back.

Kurtz is often referred to as "Angel" by family and friends because of her personality and loving, caring spirit. In addition, she has a collection of ceramic, crystal, glass and photo angels. So it’s no surprise where the ring has been all this time.

“I really forgot that I had the ring until I looked into my angel box recently,” Kurtz said. “I just knew someone had lost their engagement ring, and it even looks like it might have been passed down in their family from a mother or grandmother."

Since finding the ring, Kurtz has kept the keepsake in in a small container safely tucked in a miniature plastic bag. She purposely didn’t have it cleaned and kept it in it’s original state like she found it.

13News is purposely not showing the engagement ring in detail because Kurtz wants the woman who lost it to provide that information.

Credit: WTHR
Alma Kurtz is hoping to find the owner of an engagement ring she found.

But she shared how she suspects the ring might have been lost.

"It's someone who took the ring off their hands to put on lotion and laid it in their lap and when they got ready to get out the car and they didn't think anymore about it," Kurtz said.

The ring has her thinking about when she received her engagement ring from her husband George. She told 13News how it feels to have recently celebrated 55 years of marriage.

Credit: WTHR
Alma Kurtz is hoping to find the owner of an engagement ring she found.

Now she hopes she can get the lost ring back to the right person.

“They should be able to tell me where they lost it and how many years ago they lost it,” Kurtz said. “I left my name and number with the staff at Crown Hill and told them to call me if they have anyone who may have lost something valuable.”

Kurtz never got a call about the ring, but she’s not giving up on finding the rightful owner. She still hopes the owner learns about it and contacts Crown Hill to claim it.

RELATED: Georgia woman who lost class ring 18 years ago receives call that it has been found in Florida