Girl, 13, injured when struck by a hit-and-run driver in Brown County

A girl, 13, was using a crosswalk in downtown Nashville Saturday afternoon when a car hit her. 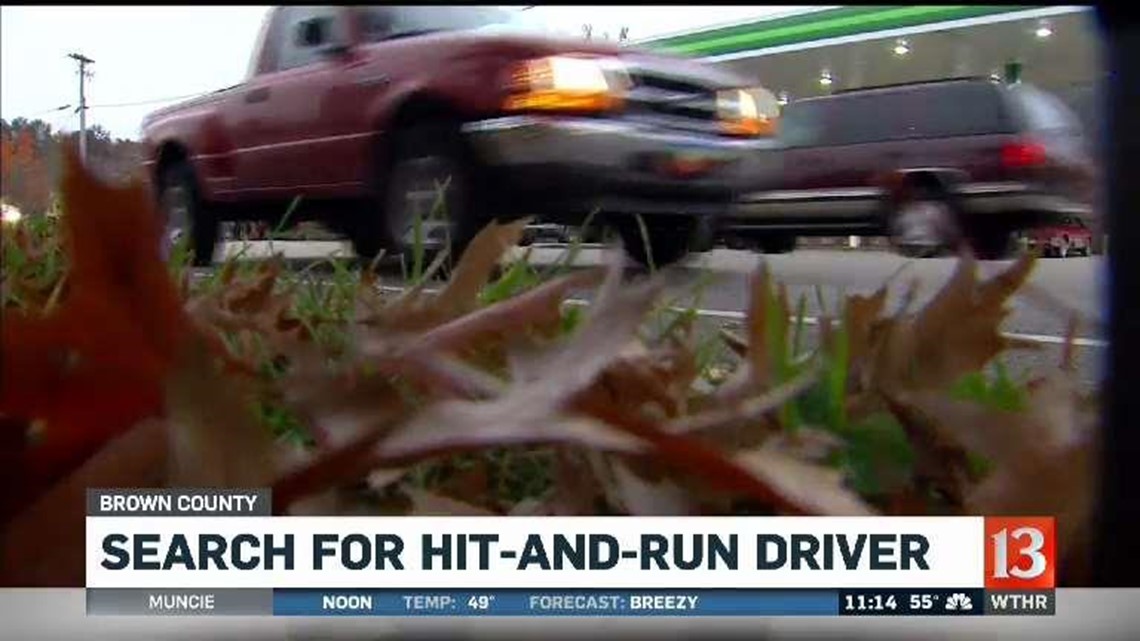 NASHVILLE, Ind. (WTHR) - The fall colors brought quite a few visitors to Brown County over the weekend, some of whom witnessed what police say was a hit-and-run crash involving a teenager.

A girl, 13, was using a crosswalk in downtown Nashville Saturday afternoon when a car hit her.

Witnesses told police the girl was headed to a BP gas station when one car stopped to let her cross. The driver of another car decided to go around it. When it did, witnesses say, it hit the teenager.

According to police, a man and woman in their 30s got out of the car and asked the girl if she was ok, helping her up. When the teen said her leg was hurt, the couple got back in their car and drove off.

Witnesses told police the car was a gray or tan four-door sedan.

"I know it it was my child, I'd be furious," said Jasmine Lee, an employee of a nearby store. Lee said she didn't see or hear what happened. "This weekend it was crazy," she said, referring to the crowd of visitors.

Police said several witnesses who saw the incident were shouting out the car's license plate number as it drove away. Now police want to hear from those witnesses.

"This is a very busy intersection. Our roads are busy just in general and people just need to slow down," said Jane Ellis, executive director of the Brown County Convention and Visitors Bureau.

Police say the teenager went to a local hospital. No bones were broken, but what happened is still serious.

"I hope they find them," said Lee.