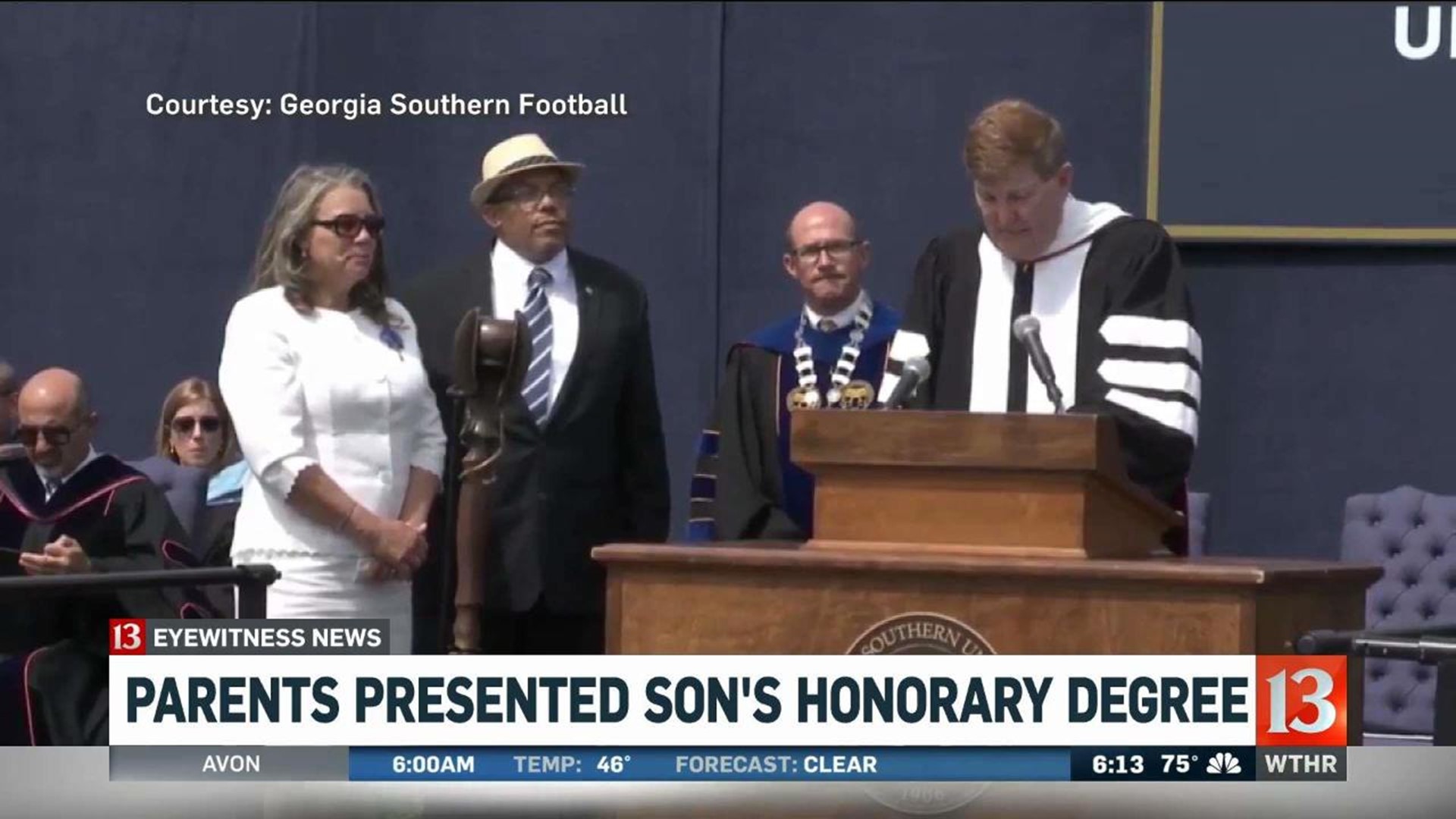 News outlets report Jackson's parents, Wesley and Mary Jackson, were presented with his honorary bachelor of science degree during Saturday's commencement ceremony. Wesley Jackson yelled "Georgia" as they left the stage, and was met by a "Southern" from the crowd.

The late Edwin Jackson was awarded his degree posthumously today by @GeorgiaSouthern ... just wait til the end for goosebumps. #GATA #GSGrad18@NFL@Colts pic.twitter.com/wayaqrDyd3

Jackson was an Atlanta native who walked on to Georgia Southern's football team. He was signed by the Arizona Cardinals as an undrafted rookie in 2015, and joined the Colts later that year.