Video and court documents put Tyrone Ross, 29, in downtown Indianapolis on May 30, 2020 during protests over the death of George Floyd. 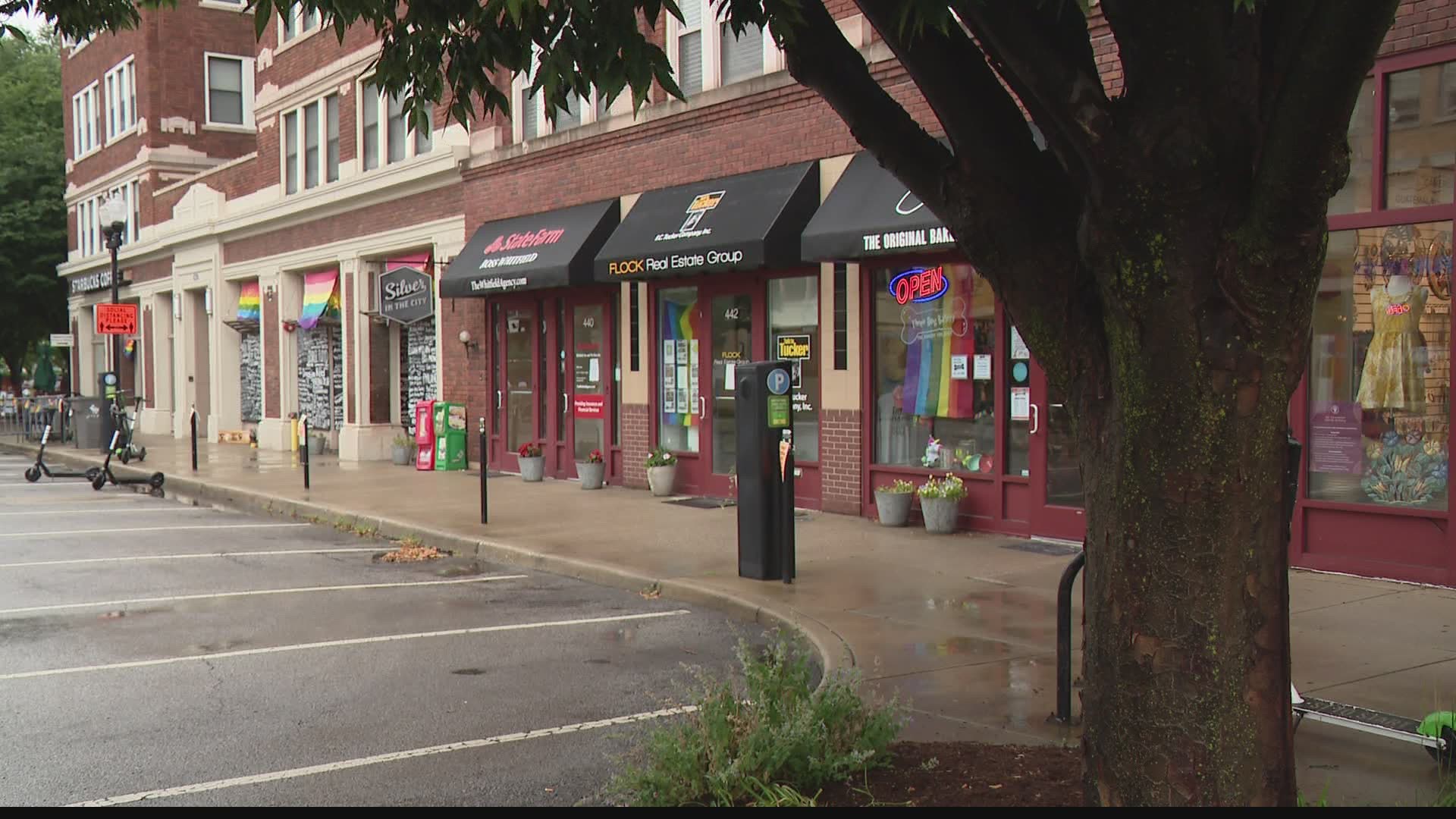 INDIANAPOLIS — A federal grand jury has indicted an Indianapolis man on a felony firearms possession charge after he was captured on surveillance video firing a gun during a protest in downtown Indianapolis in 2020.

Video and court documents put Tyrone Ross, 29, in downtown Indianapolis on May 30, 2020 during protests over the death of George Floyd. Cameras at the Birch Bayh Federal Building on Ohio Street captured some of the activities of peaceful and non-peaceful protesters that night.

The indictment alleges that at approximately 11:15 p.m., Ross was recorded by the cameras in a group of approximately seven people who met at the southeast corner of the federal building, then walked west on the north side of Ohio Street. Ross pulled a gun from under his clothing and fired at least four shots across Ohio Street toward the Yolk Restaurant while the street was filled with pedestrians and vehicles.

After the shots were fired, video shows Ross' group ran west while other pedestrians ran in different directions. The indictment says Ross ran and caught up with his original group as they all ran toward the southwest corner of the federal building at the corner of Ohio and Meridian streets.

As Ross continued to run on federal property, video shows he again raised the handgun straight in the air and fired at least one additional shot.

"Randomly shooting a gun across a busy street and crowded sidewalk at any time is senseless and reckless," said Acting U.S. Attorney John E. Childress in announcing the indictment. "This type of behavior cannot be justified or tolerated in a civil society and will be prosecuted to the fullest extent of the law.”"

Ross is now charged as a felon in possession of a firearm and could face a maximum $250,000 fine, 10 years in prison and three years supervised release.

A federal district court judge will determine any sentence within the U.S. sentencing guidelines.