The two-story garage collapsed at it burned, damaging nearby property and overhead power lines. 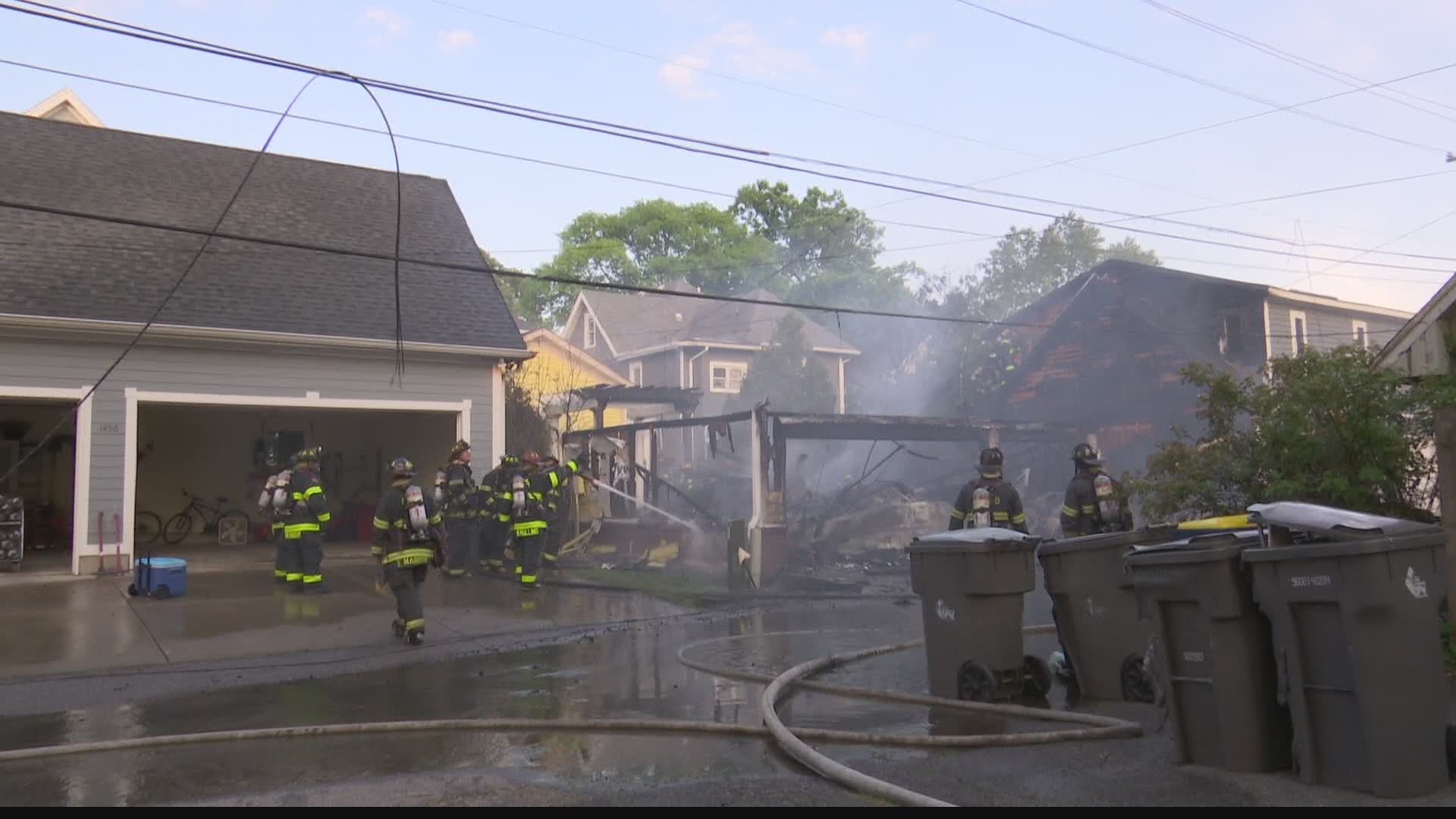 INDIANAPOLIS — A large garage fire on the near north side of Indianapolis left three burned out shells of the cars inside, including a new Porsche.

Indianapolis firefighters were called to 1456 Central Ave. after several reports of heavy fire and explosion around 7:20 p.m. Wednesday.

The reports of  explosion occurred several minutes after the fire was reported, and firefighters believe the sound came from tires or possibly a fuel tank on one of the cars.

Credit: IFD
A 2020 Porsche was a total loss in a garage fire on Central Avenue in Indianapolis Wednesday, June 17, 2020.

During the 20 minutes it took crews to get the blaze under control, the fire had spread to the detached garages on either side of the main fire, damaged a pergola and the rear eaves of the house. Fuel from the cars also poured into a nearby sewer.

Nobody was hurt, and fire investigators have not determined what caused the fire.

There is no damage estimate, but the list price of the Porsche alone is more than $50,000.