The Hope Gallery's namesake has overcome a lot in her 11 years. She embodies their tagline: "Wonderfully made. Perfectly unique." 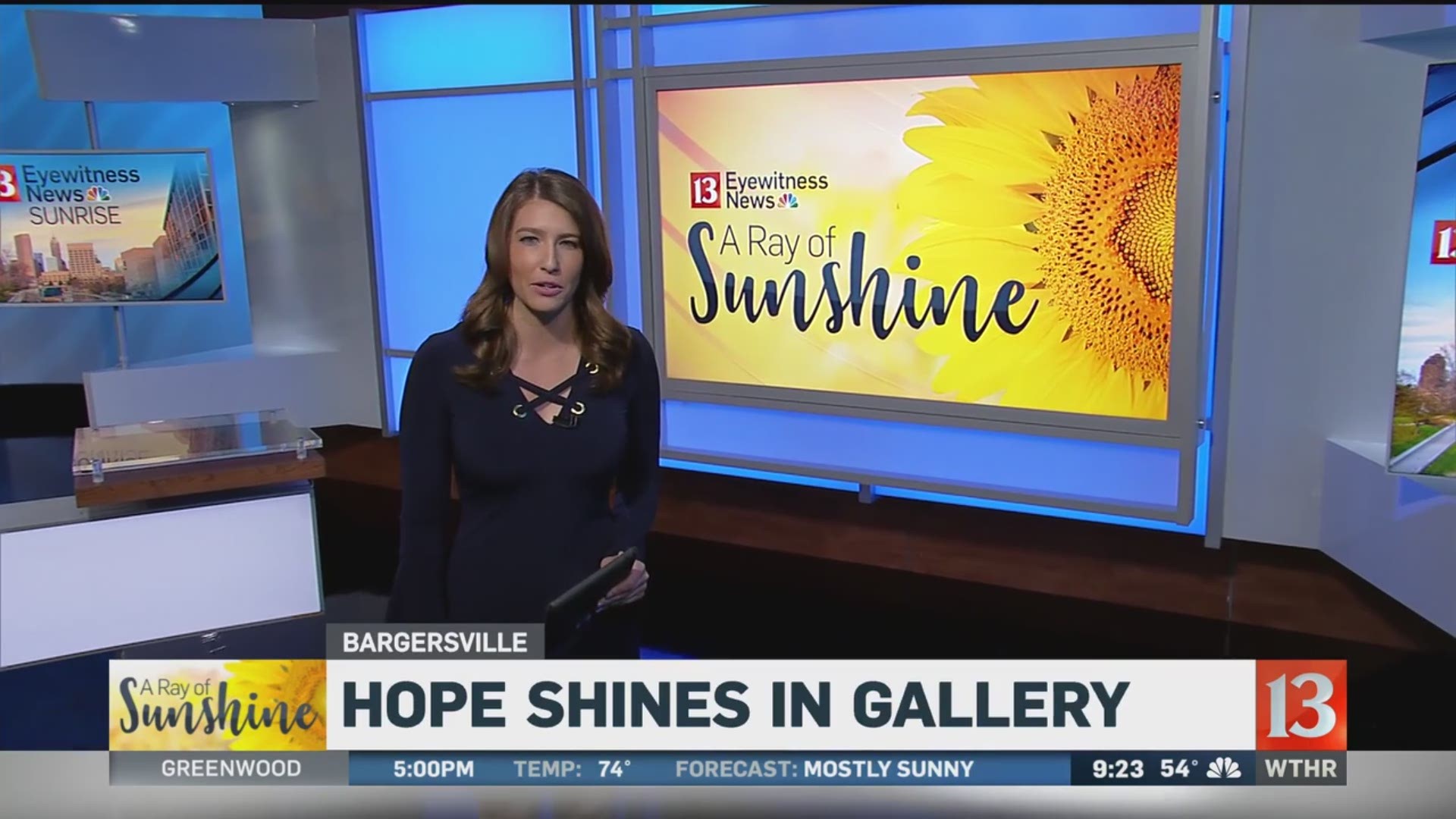 Whether it's uttered in two syllables or one, Jennifer Parker answers every time she hears her name no matter how chaotic, crazy or confusing life gets.

"We have five kids, and they range from 23 down to 11," said Jennifer Parker. "So we have several with some significant special needs. We're a little messy, but we do have a lot of blessings. Actually we're more than a little messy."

"Back then, we didn't know what autism was," said Parker.

Not only did Parker want to raise awareness about autism, but she also wanted to fill the gap for young adults living with disabilities who wanted to work.

Parker added, "10 years ago, we said wouldn't it be nice if there was something where we could showcase artists that have disabilities."

Parker created The Hope Gallery. The tagline for the gallery is 'Wonderfully made. Perfectly unique.' Parker believes it describes the young adults that work in the gallery and also the artwork they sell.

"We know that these young adults with these developmental disabilities, they need to have hope," said Parker.

Around the same time the idea for this gallery was conceived, a new little heart started beating.

"When we were pregnant with Hope, we had so much on our plates with our kids," said Parker. "My husband said the only thing that he couldn't handle was if the baby had hypoplastic left ventricle."

Parker says her husband, Andy, just said that out of the blue one day. Then a couple months later, an ultrasound revealed what they hoped would never happen. Their unborn baby was about to be born with half of a heart.

Seventeen surgeries later, including four open heart surgeries, with no cure on the horizon, Hope beats on.

Parker added, "We're kind of in the bonus round. These disabilities and the things we look at as being not what you would want to have. Not what you aspire for. Not what we dream of, but they really can be a blessing."

The Parkers lean on their faith.

"She cares about others," said Parker. "She prayers for others. Her favorite thing is her prayer box here at The Hope Gallery. People can write in a prayer for her to prayer, and she treats that as a treasure."

A treasure, which she treasures wholeheartedly.

"Hope is 'A Ray of Sunshine because she just shows everybody that despite all of the obstacles, all the hardships, all the suffering that's she's been through, all of the things she cannot do she's not going to let that hold her back," said Parker. "She really truly does give people hope."

About 10 young adults work in The Hope Gallery. They hope to have more. Parker says they get to do all aspects of running the business. She also says they're partnering with other companies across the country that employ individuals with autism.