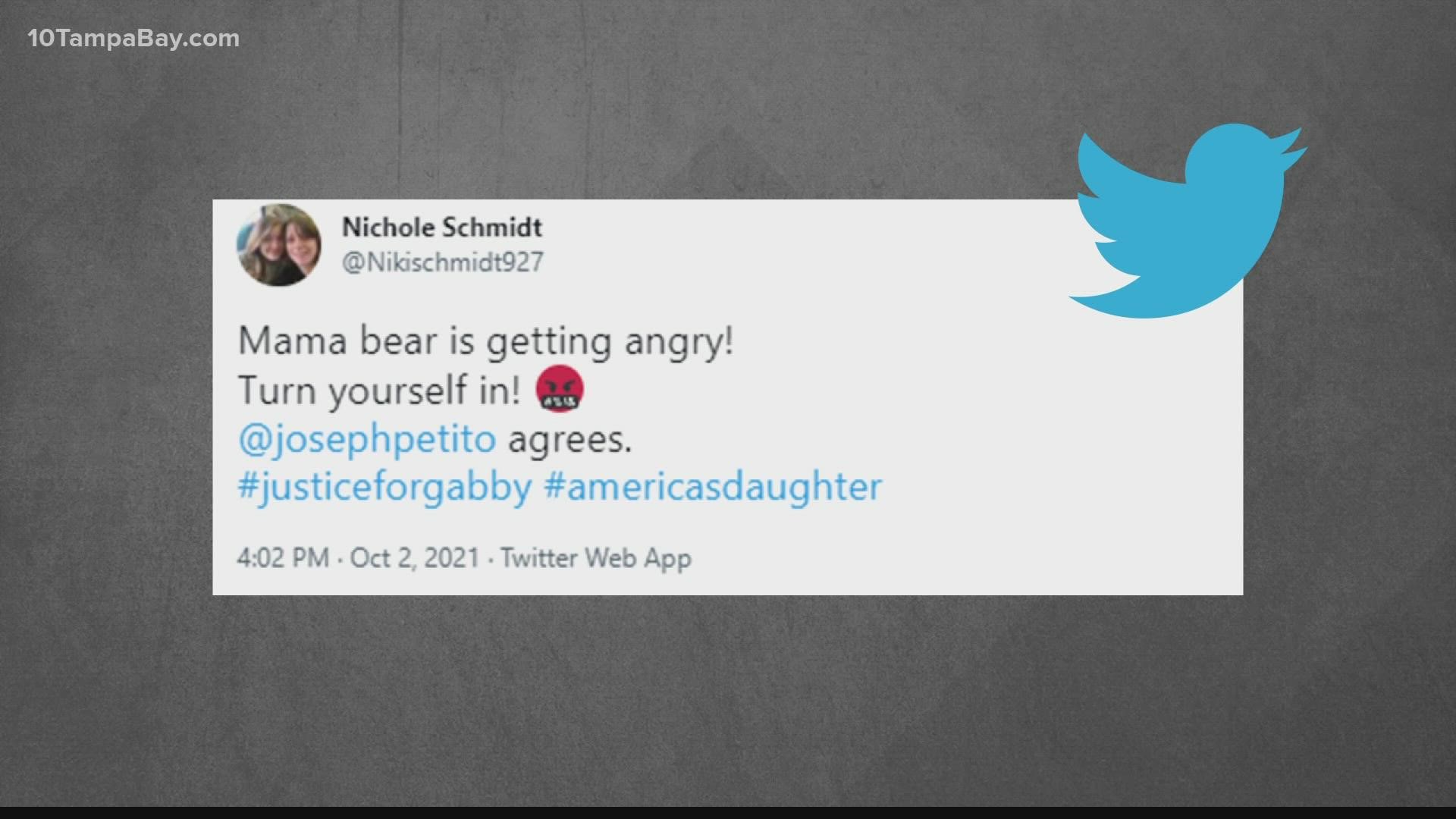 The family of Gabby Petito is growing more upset as the FBI and other law enforcement officials continue to search for the 22-year-old's fiancé, Brian Laundrie.

"Mama bear is getting angry!" the tweet said, "Turn yourself in! @josephpetito agrees. #justiceforgabby #americasdaughter."

Brian Laundrie has been missing since Tuesday, Sept. 14. On Friday, Sept. 17, his parents told the FBI they last saw him before he went on a hike in the Carlton Reserve. The search began Sept. 18, and law enforcement officials have not been able to pinpoint Laundrie.

Laundrie is a person of interest in Petito's disappearance. The two embarked on a cross-country road trip together, but Laundrie returned back home to North Port without Petito. After being reported missing, police across the country began searching for the 22-year-old woman.

Her body was later found in the Bridger-Teton National Forest on Sept. 21. Law enforcement says the coroner's office determined the initial manner of death is a homicide, however, a final autopsy will reveal the definite cause of death.

Many questions remain unanswered on what led to the death of Petito. Authorities are hoping they can gain some clarity by speaking with Laundrie whose whereabouts remain unknown.

Gabby Petito's mother is not the only family member to recently create a Twitter to spread the word and seek justice for Gabby.

Her grandmother and stepfather also created Twitter accounts calling for justice. Petito's father, Joe Petito has been active on social media since his daughter's disappearance actively spreading the word to bring awareness to their cries.