Cars designed by students were in competition at the event Tuesday. 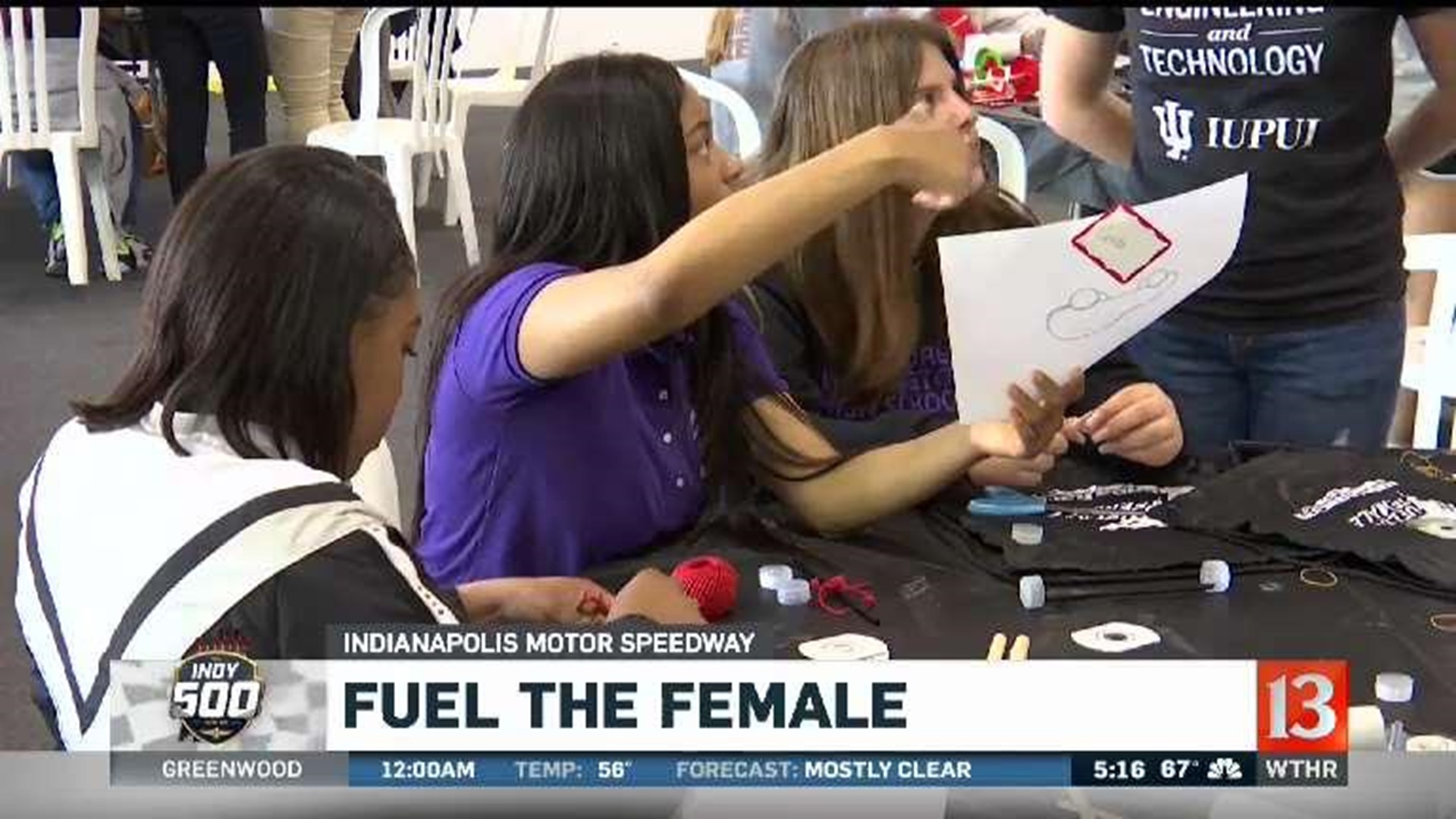 INDIANAPOLIS (WTHR) - "I feel like the more wheels that it has, the better it will move," said Cynda Chandler, a senior at George Washington High School.

She opted to spend her school day Tuesday at Indianapolis Motor Speedway, building a mini-car.

"Our strategy was the smaller the car, the faster it will go because the mouse trap wasn't as big," Chandler said.

It's all part of a program called "Fuel the Female."

"Being in the Indy Car paddock and working in motor sports, I just realized there are resources for female drivers but not so much engineers or the mechanics or the business women, so I established Fuel the Female to really be that resource for those women working on the technical side of the sport," said Katie Hargitt, an IndyCar reporter.

"It isn't just the driving, there are women who are very successful as engineers, who work in communications, who work on teams, who are fabricators, I mean there's a lot of different roles that it takes to be able to put a racecar on a racetrack and so there's no reason why any one of those roles couldn't be a female," said former IndyCar driver Lyn St. James.

The cars designed by the students were staged at a start line with a goal to get them to roll across the room.

"I like the fact that it's women and it teaches us that women can do everything men can do, and we get discounted all the time 'cause everybody's like 'girls can't do this, girls girls can't do that' but we proved a lot of people wrong today," said Arsenal Tech student LaTrese Wooden.