“I am in pain every day,” said Ingram. “It’s excruciating. It’s running down my body through my leg. It hurts.” 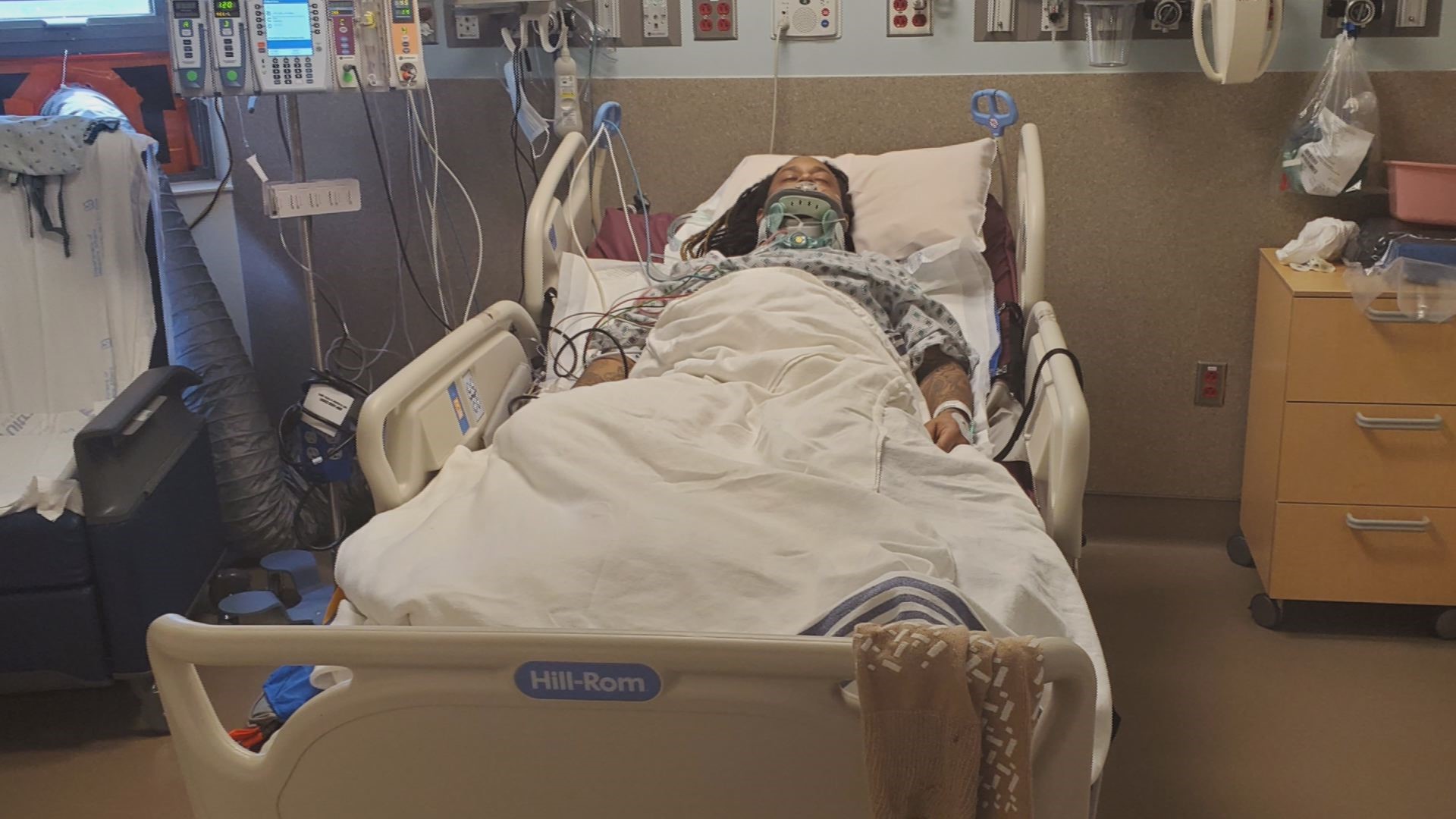 FLORISSANT, Mo. — A Florissant man who was shocked by a piece of equipment on the job says his company turned its back on him and hired private investigators to follow him.

After Brandon Ingram left the Navy he moved home to St. Louis for a job offer he thought would set him up for long-term success.

In an effort to move up within the company Ingram said he was working 60, 70 and sometimes even 80 hours per week at a Frito-Lay warehouse.

On Oct. 2, 2016, an incident occurred that changed his personal and professional life forever.

“I felt a strong attachment and then I went a little dizzy for a moment,” said Ingram. “I was like I’m OK, I’m OK. I just got zapped a little bit.”

Realizing he had been shocked, a manager took Ingram to a local hospital.

“They were just like 'You’re good to go,'” said Ingram.

However, it didn’t take him long to realize there was something seriously wrong.

“I am in pain every day,” said Ingram. “It’s excruciating. It’s running down my body through my leg. It hurts.”

“I went from making a nice amount and being able to support my family to barely making it and being in the red,” he said.

“We had to use everything thus far because Frito-Lay and Pepsi haven’t helped us at all,” said Melissa Ingram.

The Ingrams filed suit and got videos showing the company hired private investigators to follow them.

“We actually try to stay in the house with the curtains closed because we’re being watched so hard,” said Melissa Ingram.

“People shouldn’t be treated like this,” said Brandon Ingram.

“It really was driving me to where I felt like I needed help,” said Melissa Ingram.

As a last-ditch effort to turn things around financially they turned to GoFundMe.

“This was our last hope,” said Brandon Ingram.

“I’m very grateful,” said Melissa Ingram. “I don’t even know what to say but thank you. I keep saying thank you to everyone.”

“I can’t even fathom the words to be honest,” said Brandon Ingram.

“I have a glimmer of hope,” said Melissa Ingram. “I never thought that people would care this much.”

On Wednesday, Frito-Lay responded to 5 On Your Side with an emailed statement that said doctors disagree over whether Ingram's injuries are work-related.

The full statement from Frito-Lay is below:

“For more than 85 years, Frito-Lay has provided well-paying jobs and benefits to thousands of Americans and made countless contributions to the communities where our teams work and live. Today, we are proud to employ more than 66,000 people and are committed to providing a safe and fair workplace for everyone.

"Regarding the video shared by More Perfect Union Monday, July 26, there are a few key facts we need to clarify:

"We believe our approach to resolving this issue shows that, when concerns are raised, they are taken seriously and addressed.”