The Crawfordsville community joined together Sunday night to remember a man shot and killed by police Friday. 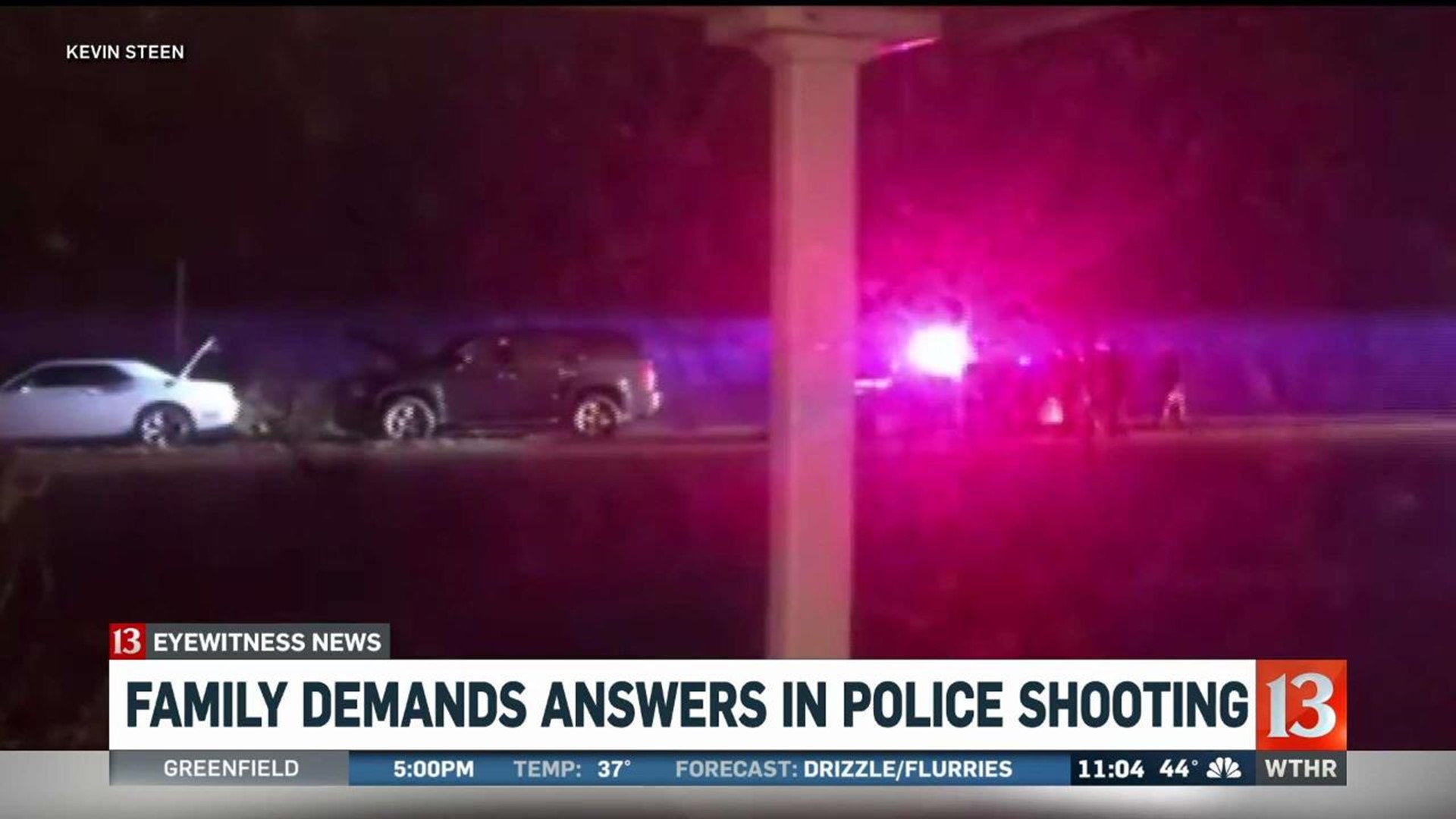 CRAWFORDSVILLE, Ind. (WTHR) — Family and friends of a man shot and killed by a state trooper continue to demand answers about what led to the gunfire.

Indiana State Police are conducting an initial investigation into the shooting. The outcome will determine if a criminal investigation will follow, according to Sgt, Kim Riley. an ISP public information officer.

Part of the aftermath of the shooting was captured on camera. Kevin Steen, who retired from the United States military, recorded the scene after the gunfire. Steen didn't want to go on camera Monday but said he is scheduled to meet with investigators to share what he witnessed from his front porch.

The shooting happened Friday night on US 231 outside of Crawfordsville as Glenn Rightsell worked on daughter's broken-down SUV.

State police told Eyewitness News that Rightsell went for a gun in his waistband, refusing instructions from the troopers who had stopped on the side of the road.

Steen said that he wasn't aware that a shooting had taken place when he started recording with his cell phone camera. He said he watched and recorded as troopers disarmed Rightsell and eventually walked him to a waiting ambulance. Paramedics had remained staged elsewhere until being advised by police that the scene was safe. Rightsell later died at a hospital.

There are concerns about the moments before the shooting from both longtime friends and those who had just met Rightsell.

“What a kind man," said Jeremy Twitty. "What a gentle man. When he smiled, he treated me like he knew me his entire life and I had just met him, so my heart goes out to the family so much."

Twitty met Rightsell a few months ago. He showed Twitty his motorcycles, a proud moment for the rider.

Longtime friend Jeff Jirtle called Rightsell his brother, although they were not biologically-related. He said it was hard to believe Rightsell would threaten any officer by going for his weapon.

“There is no way can I see Glenn doing what this officer says he did, reaching for his gun and it's a (expletive deleted) lie,” said Jirtle.

An autopsy was conducted. The coroner is awaiting results from toxicology tests, which could take up to 6 weeks.

The trooper involved in the shooting is on administrative leave during the initial investigation. ISP plans to eventually release the troopers name after questioning and statements are taken.