A parent is speaking out about her children's school running more tests after a toxin known to cause cancer was found there. 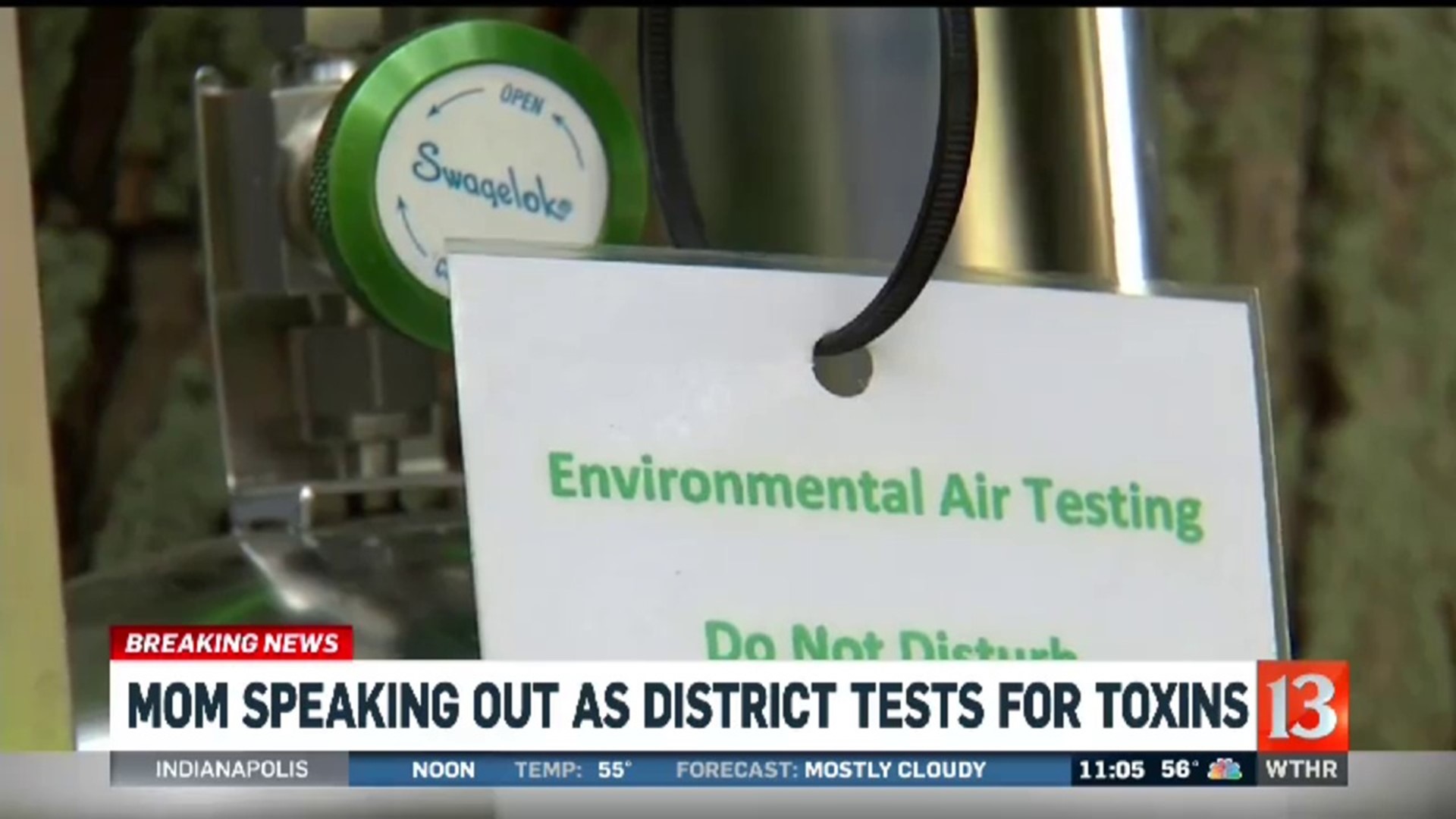 FRANKLIN, Ind. (WTHR) — A parent is speaking out about her children's school running more tests after a toxin known to cause cancer was found there.

It was the phone call Belinda Velasquez had been waiting for, and it came Thursday night from Franklin Community Schools, along with an email.

"It's nerve wracking because my 11-year-old just left Needham," Velasquez explained. "She's in fifth grade now and I have a third grader at Needham still, so I'm very nervous."

This mother knows a thing or two about childhood cancer. Her eldest daughter, Athena, is in remission right now from leukemia.

The almost-15-year-old was diagnosed three years ago. She too, was a student at Needham.

"As a parent of a child that already went through cancer, we're already paranoid," she said. "We're heartbroken over the whole situation and don't want to go through it again."

Velasquez's daughter is one of dozens of kids from Johnson County diagnosed with some kind of cancer since 2009.

Nearly half of the kids diagnosed have lived in Franklin.

"I don't want any family to go through that again. Period," said Velasquez.

School officials closed both schools last week ahead of spring break after unsafe levels of TCE were found in recent air samples.

This week, the Indiana Department of Environmental Management was at both schools taking samples from sewer lines, trying to determine if those lines are carrying hazardous vapors that previous tests found underneath the concrete floors of both schools.

"Thank you for your patience as Franklin Community Schools continues to work through this process. Late this afternoon, we received preliminary data from EnviroForensics. In consultation with EnviroForensics and other agencies, we are making final decisions regarding the educational options for the students at Needham and Webb Elementary. FCS understands that parents and the community are eager to learn the results of the sampling, as well as next steps. That information will be shared as soon as possible."

At this point, parents aren't sure where their kids are headed come Monday when classes resume.

For Velasquez, the thought of sending her youngest back to a school she believes could be dangerous is unthinkable.