Franklin firefighters get grant that gives them green light in emergencies

The City of Franklin just got a grant for new equipment on traffic lights that will let emergency crews get through intersections and to victims faster. 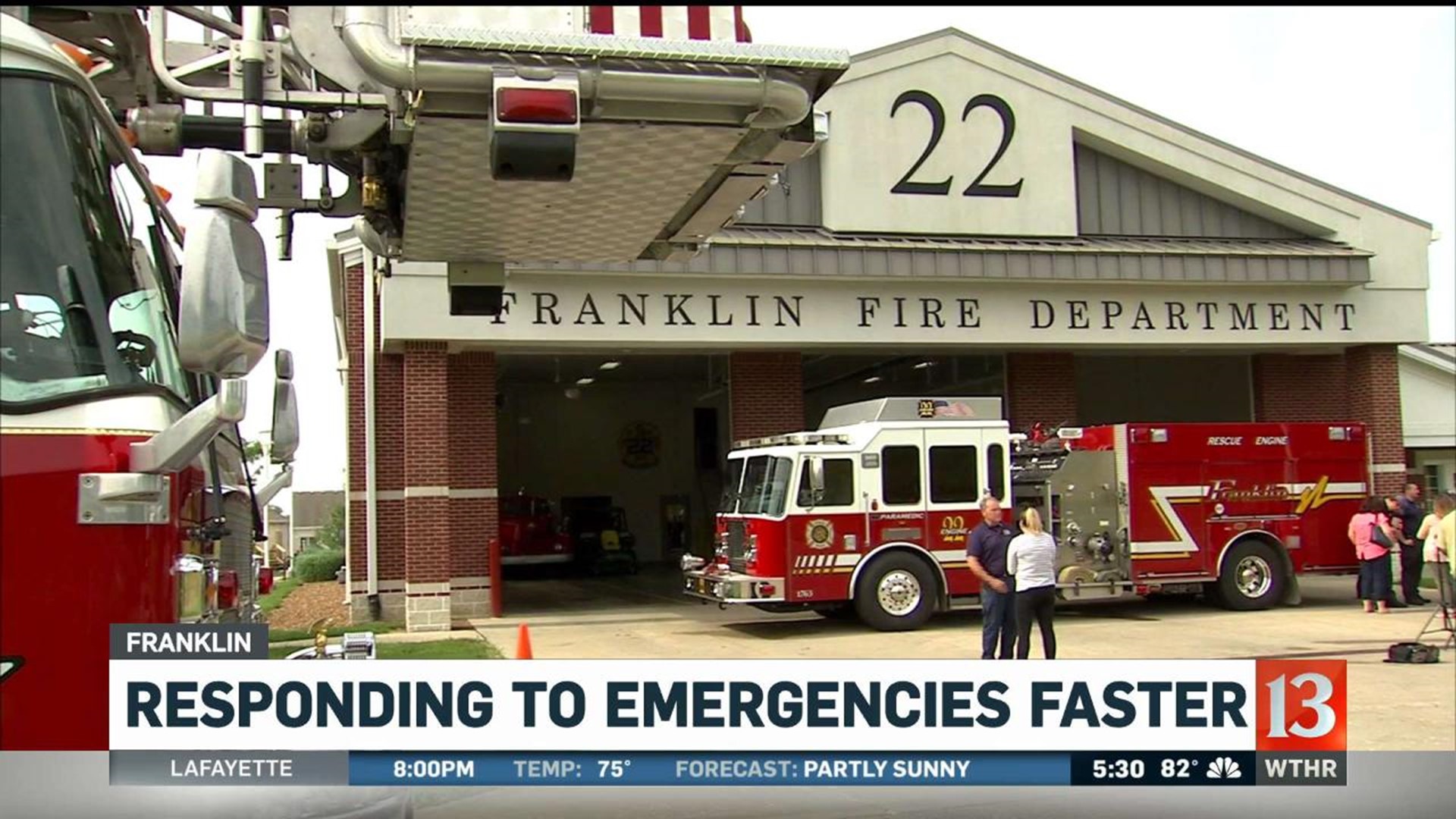 FRANKLIN, Ind. (WTHR) - Seconds count for police, fire and medics in an emergency.

The City of Franklin just got a grant for new equipment on traffic lights that will let emergency crews get through intersections and to victims faster.

In an emergency, time and traffic can leave those protecting the public stuck, instead of quickly getting to someone in need.

The $600,000 grant from the Indianapolis Metropolitan Planning Organization will pay for GPS equipment at intersections so police, fire and EMS can change traffic signals on emergency runs. The lights would go from red to green, automatically.

"If we can clear that intersection safely, it gives us the green light to go through, so it improves response times," McElyea said.

It would be a 20 percent improvement, firefighters said, plus, there would be fewer accidents.

Indianapolis got the safety upgrades more than 20 years ago. You'll see them on many city streets and all of the fire trucks in the Indianapolis Fire Department.

A sensor on the truck includes four infrared lights. Firefighters say it has made a difference in speed and safety.

"We still have to clear the intersection, follow the laws, but keeps the traffic from backing up so we can get through," said IFD engineer Jason Smith.

Smith said drivers will sometimes panic when they hear sirens. The sensor technology changes that.

"If they have a green light, makes it a little bit easier for them to make a decision to move to the right and move out of the way," Smith said.

Some of the signals in Indianapolis weren't working when Eyewitness News rode along with firefighters Friday. IFD and the Department of Public Works are trying to get grant money to repair them.

Meanwhile in Franklin, crews are excited to get time and traffic under control in an emergency.

The GPS signals in Franklin won't go up right away. Grant funding kicks in in 2024.