Not every homecoming king would be willing to give away his crown. However, one senior at Franklin Central did just that Friday night. 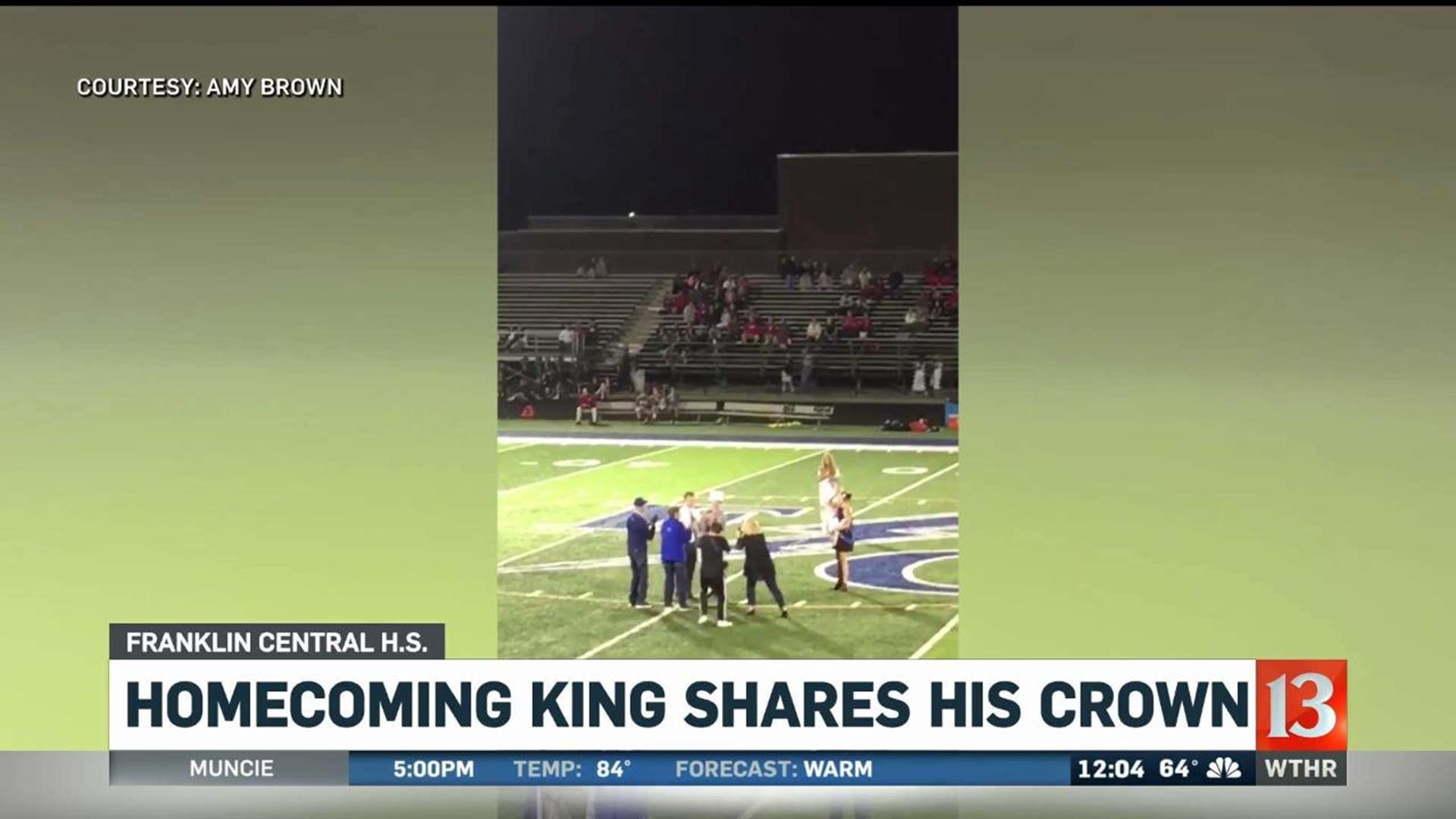 INDIANAPOLIS (WTHR) – Not every homecoming king would be willing to give away his crown. However, one senior at Franklin Central did just that Friday night.

The sweet moment when Jordan Brown ran across the field to the newly-crowned king, senior Justin Tusing, was caught on video from the stands.

Jordan, who was also a member of the homecoming court, has autism.

His mom says she did not expect to see him run to Justin but she was even more in awe when she saw Justin place the crown he got on Jordan's head.

"When Justin's name was called, we were so happy for him. We however did not expect to see our son, Jordan, start running towards Justin. We waited on the sideline to see how it would play out. When Jordan reached Justin we were in awe to see him place the Homecoming crown on Jordan's head. To see the excitement in not only our son's face but also in Justin's and everyone around us showed us how much love and inclusion there truly is in the Franklin Central student body.

"We are connected forever with Justin and are so grateful. We are still overwhelmed by all of this as you can imagine. Thank you."

She says Jordan was so excited to get the crown and it was a truly special moment to hear everyone cheer and support her son.