A Zionsville boy is getting praise for waking up his parents and getting his family out of the house during a fire. 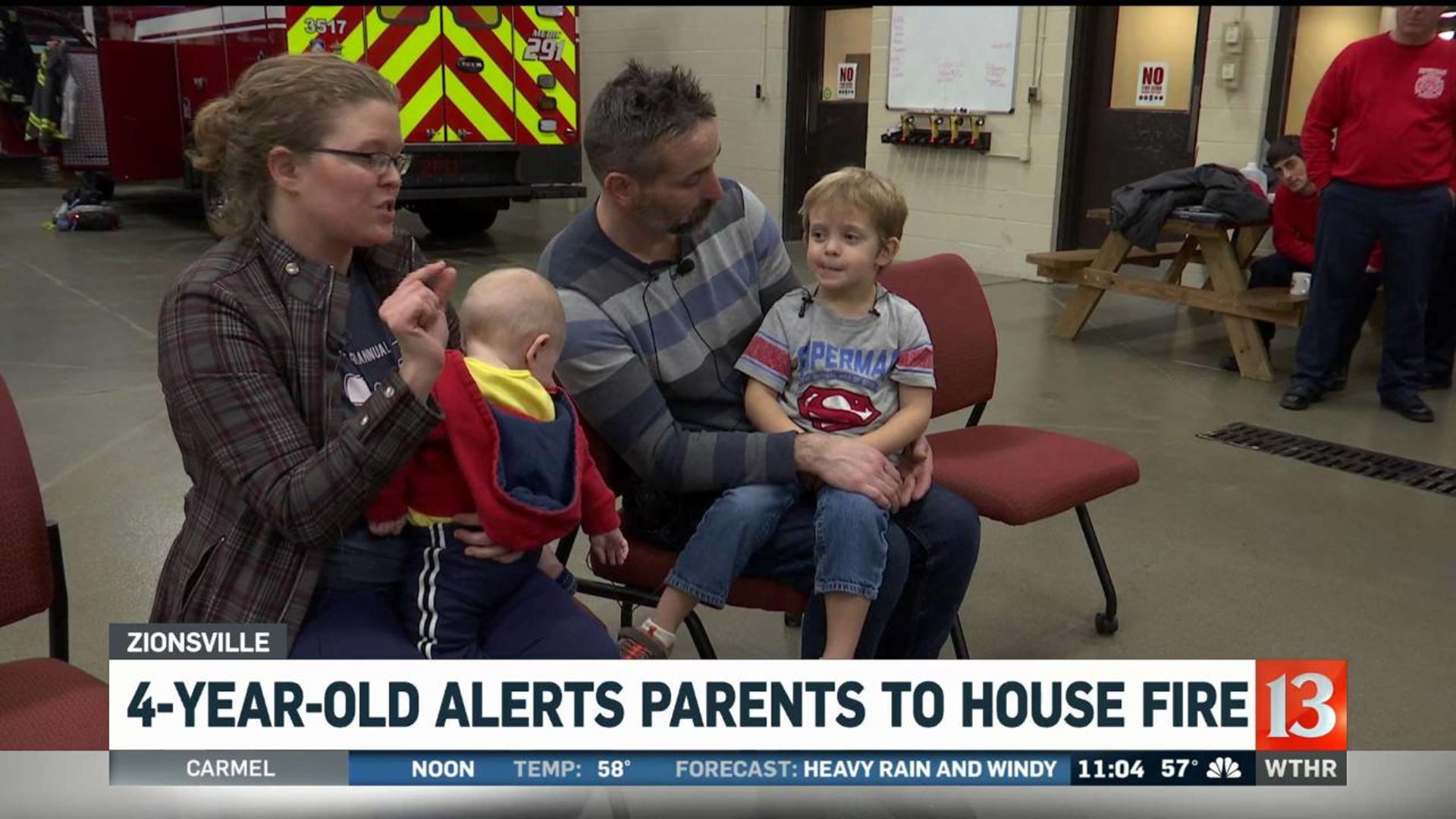 ZIONSVILLE, Ind. (WTHR) - A Zionsville boy is getting praise for waking up his parents and getting his family out of the house during a fire.

It happened Wednesday morning in the Sugarbush subdivision.

Jeremy Minarik said his 4-year-old son Connor was up early watching television when he noticed the smoke and ran upstairs to alert his parents, even before the smoke alarms started going off.

“He knew exactly what to do in the moment that it called for, so we thank him and have hugged him multiple times,” said Jeremy. “if he had not have woke us up things could have turned out much worse.”

Connor’s parents credit his quick action to training he received from Zionsville firefighters. Last October during the annual Zionsville Fire Department Pancake Breakfast, Connor learned about fire safety and what to do if there is a fire inside the home.

Fire investigators determined that the wood-burning fireplace developed a gap that caused the ceiling of the utility room below to catch fire. The closed utility room door held back the fire and smoke, which delayed the smoke alarm activation, but also gave the family more time to escape.