Nine Lives Café is getting lots of love from people near and far. 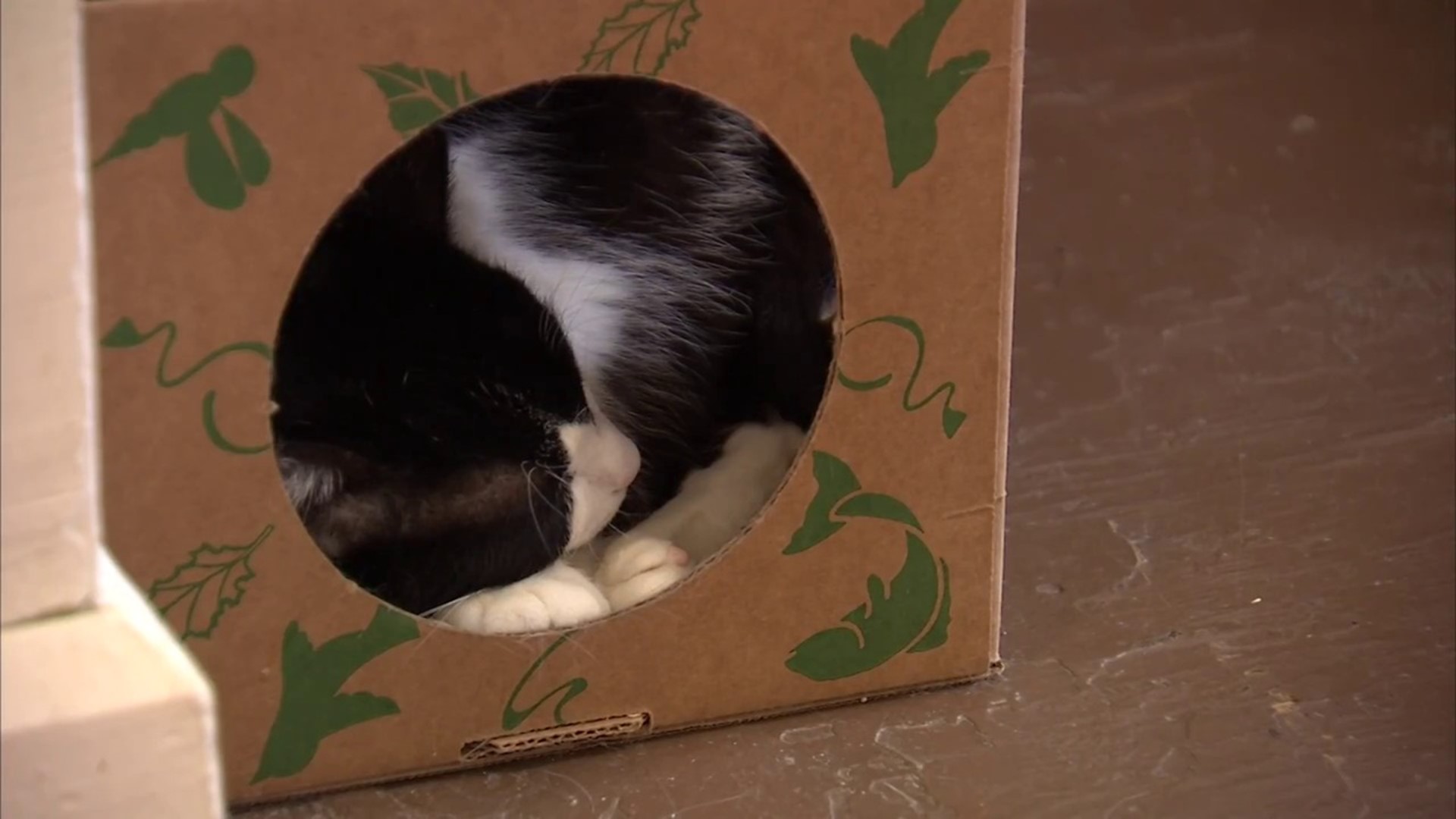 INDIANAPOLIS (WTHR) — For as long as she can remember, Selena Hubbard has loved cats.

"I've had cat-themed birthday parties, I was a cat for Halloween for so many years when I was little," she said. "So I have always been a big fan of cats. I'm definitely a cat person."

She and her husband own three, and Selena has come up with a way to turn her appreciation for felines into a thriving business in the Fountain Square area.

The 25-year-old entrepreneur opened Indianapolis' first "cat café" in January 2017. Her Nine Lives Café has the usual menu items that you would expect in a coffee shop — a number of hot and cold coffee drinks, Chai lattés, and the kind of food items that go along with them.

It's all ethically-sourced and local. But it also offers something that no other coffee shop in Indianapolis can claim — a cat room where you can enjoy your food and drink in the company of eight to 12 cats.

Hubbard thinks of it as sharing her deep love of cats with her customers.

"It's nice to have a slow morning sipping coffee with a cat on your lap at home, and it's nice to also bring that to people who maybe don't have a cat at home, or who want that same sort of experience but can't for whatever reason," she said.

The idea of cat cafés started in Taiwan in the late 90s. Japan has them, too. In the beginning, they relied on attracting business people who wanted to de-stress, and tourists who wanted a different experience. But have since become more mainstream.

The Idea jumped to North America in the last few years, mostly on the east and west coasts. Hubbard saw an opportunity and made it happen in part of an old furniture store, a couple of blocks away from Fountain Square's famous pioneer family fountain.

The Nine Lives Café has its devoted regulars who stop by often, and it also attracts people from miles away who want to take in its unique atmosphere.

So many people are interested that reservations are required on weekends — and a pretty good idea during the weekdays too.

Purdue student Macy Hart had a free day during spring break, so she and her mother drove down from West Lafayette specifically to go to the Nine Lives Cafe.

"It just happened that I didn't have anything going on," Macy said. "No babysitting or doing something else. And I said to my mom: 'You want to go to Indy today?' because we were going to go later in the week. She said 'sure let's go.'"

If she gets a chance, she plans to come back.

"It's wonderful," she said. "It combines my two favorite things: coffee and animals."

Macy said she would even consider adopting one of the cats if she didn't already have two at home.

But, for others, adopting the cats here is a viable option. Indy Humane supplies the animals, and every one is up for adoption.

"It is a very laid back environment where you can really get to know the cats without the pressure of going into a shelter a feeling like 'I have to be here to adopt,'"

"It has been absolutely blowing our minds how receptive people have been to adopting from something like this."

All the adopted cats and their new owners are memorialized with a small Polaroid photograph lining the wall.

There is a $5 per hour fee for taking your refreshment with the cats. The money goes to take care of the animals, but if you adopt one, you get your money back.

Still, some customers come just for the coffee, and owners say that's OK too.

It's the coffee side that keeps the business going, but the cat side give it a purpose.

They don't make much, Hubbard said they make enough to survive and that's good enough. "As long as we can continue to help the cats, that's the important part."