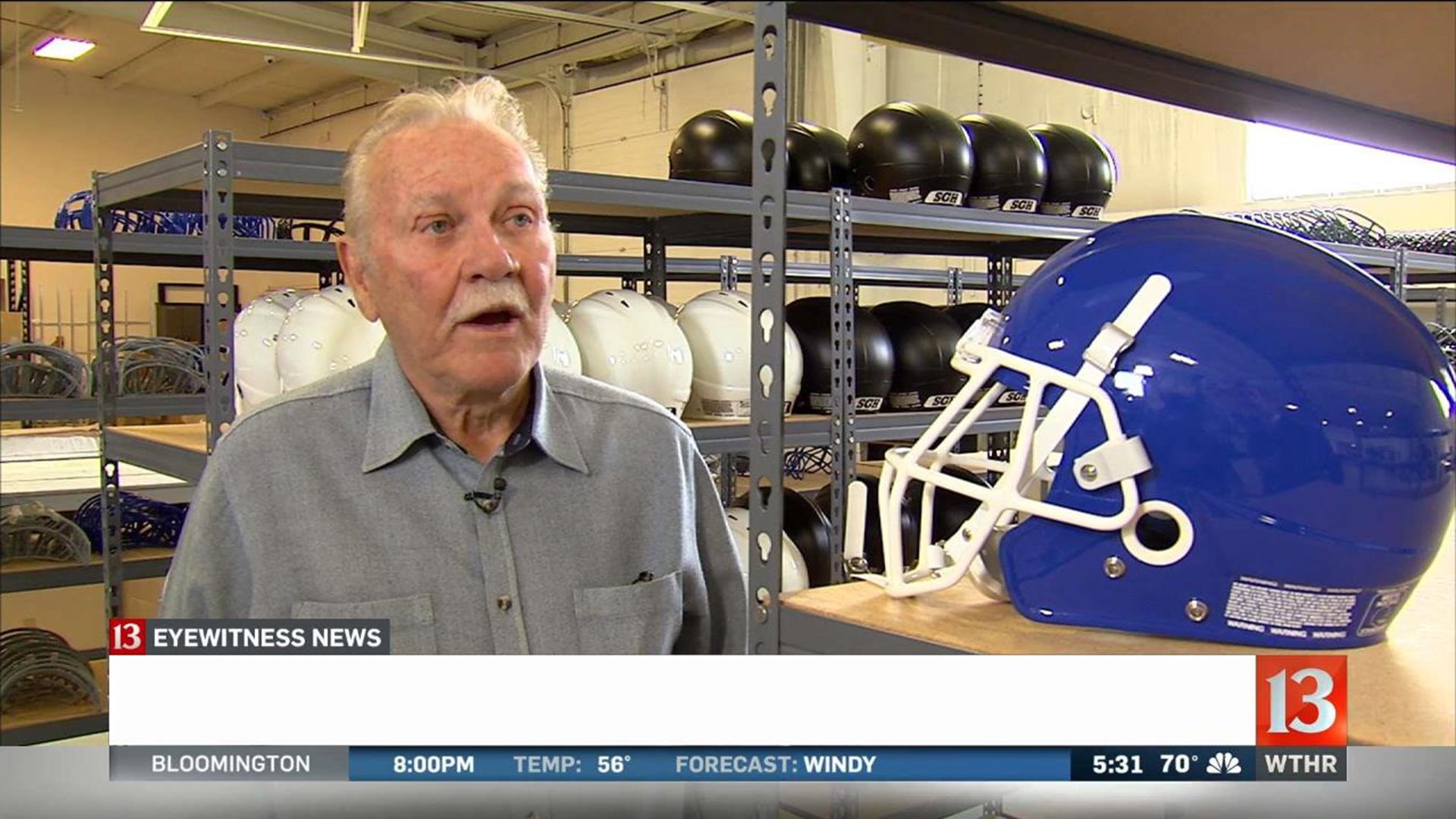 BROWNSBURG, Ind. (WTHR) - Former Indianapolis Colts Jeff Saturday and Joe Reitz wore helmets made by Brownsburg-based SG Helmets. So have players at Center Grove, Ben Davis, Fishers and other high schools around the Midwest. But no one in the NFL is allowed to wear SG Helmets this year.

On Monday, the NFL released lab testing results that put two SG models (SG Varsity, SG 2.0) on the list of helmets prohibited for players to wear.

“Are you kidding me? I’ve been making helmets for a long, long time. My helmets have won the Indianapolis 500 22 times,” said SG Helmets founder Bill Simpson at the company headquarters Wednesday morning.

Simpson has made racing helmets since 1979. He partnered with IndyCar team owner Chip Ganassi and put that technology and research toward making a better football helmet to reduce head injuries.

“It’s totally different technology. It's 360-degree protection. It's half the weight. It's made with carbon kevlar. It's a one piece, multi-layered liner that's multi-density,” said Simpson.

Simpson says he sent the NFL his new 2018 model (SG DBS .001) helmet, but they did not test it or list it on the study results. The two banned models are discontinued, but Simpson says they are still safe for players to wear at any level. But he says the NFL ban hurts his business by giving the impression his helmets are not safe. He contends his helmets perform better than industry competitors.

Virginia Tech gave the SG 2.0 5 stars, its highest rating. SG provided data that 2,900 SG helmets were sold last year and 10,620 are in use. Just 9 concussions were reported in 2017, and 84 in five years of usage. That's a .0079 concussion percentage. Simpson says that’s lower than competitors.

“If there are players interested in protecting themselves, they'll come to us. But not while they're being discouraged to do so.”

Simpson says he doesn't care about the NFL or need NFL players to wear his helmets, but he does care about what the NFL says about his helmets. He is considering legal action. He is not interested in mass production, but wants to provide what he believes is a safer alternative to young players, preventing concussions as they grow up playing football.