The former federal prosecutor who reviewed USA Gymnastics has a warning for parents about the risk of youth sports after the conviction of Dr. Larry Nassar. 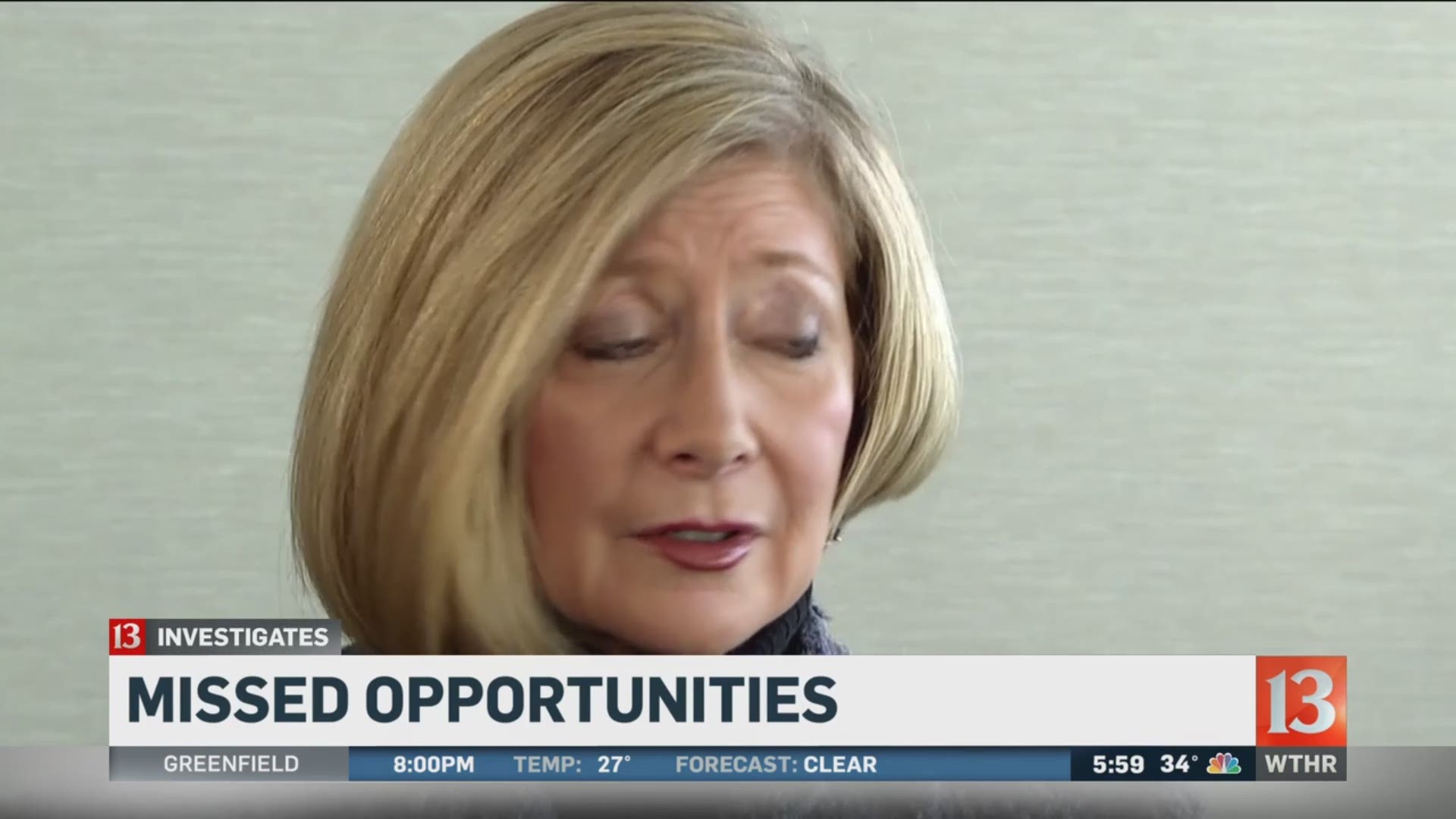 INDIANAPOLIS (WTHR) - The former federal prosecutor who reviewed USA Gymnastics has a warning for parents about the risk of youth sports after the conviction of Dr. Larry Nassar.

Deborah Daniels spoke exclusively to 13 Investigates about what she learned from her review of USA Gymnastics and what we can learn from it.

The stories of abuse from the women in Nassar's case are horrific and parents' outrage is understandable. And Daniels warns we need to keep looking.

"I think everybody's focus right now is on Nassar, but there is a big world out there of danger," she said.

The former U.S. attorney is a career advocate for children In Indiana.

"Compared to the usual offender, there are a lot of predators out there who will be serial abusers of young children and young adults. Larry Nassar eclipses them all," Daniels said.

But in reviewing USA Gymnastics, Daniels oversaw 160 interviews with staff, athletes and coaches and also gained insight about the world of elite sports.

"One of the books that I read had to do with the similarities between gymnastics and figure skating, that these are young girls, they go through a very similar experience and they are similarly at risk," Daniels said.

The young women are required to train for hours and, ultimately, their success is determined by a panel of judges. When the scores don't meet the mark, the coaches feel failure, too.

"A lot of coaches are very caring and very supportive. Others are not," Daniels said. "They need to make sure they are not emotionally abusing these young girls, because sometimes coaches who currently aren't required to undergo any particular training to be gymnastics coaches can be pretty fierce in terms of the way that they are dealing with eight-, ten-, 12-year-old girls."

It's a point Olympian Dominique Moceanu made in a tweet, saying it takes 200 hours to become a yoga instructor, but only four hours to be a gymnastics coach.

Why is it that I need five month 200 hour course to become a certified yoga instructor, but our sport only requires a four hour online course to become a gymnastics coach? Let’s add a comprehensive training course for the coaches while we are fixing things. I have ideas for it.

USA Gymnastics is making changes, opting not to compete in two international events this season and requiring all athletes to travel with a chaperone.

Daniels hopes the Nassar case clears up confusion about what to do if there is a claim of abuse.

"It's clear now they went out and did their own investigation. I can't tell you how often schools and others think they have got to do their own investigation before they report. No! The answer is report," Daniels said. "If you have an allegation of abuse, that means there is suspicion of abuse, even if it turns out not to be true, it's not your job to find that out. You need to report it."

USA Gymnastics President Steve Penny reported to the FBI in 2015.

"And they apparently said to USA Gymnastics, which is common, 'Don't tell anybody about this'," Daniels said. "That is highly unfortunate."

Right now, Penny and the entire staff of USA Gymnastics, the USOC and Michigan State University are under intense scrutiny by investigators from a New York law firm.

Also, U.S. senators have called for a probe of the Olympic committee.

That may not be all.

"I think there is likely to be more," Daniels said when asked if more heads will roll.

In the meantime, USA Gymnastics is rebuilding and recruiting for its vacant board.

"They are going to make it clear that they are holding these clubs around the country, as well as their own staff fully accountable," Daniels said.