Nationally, this year's flu cases have been the worst in a decade. 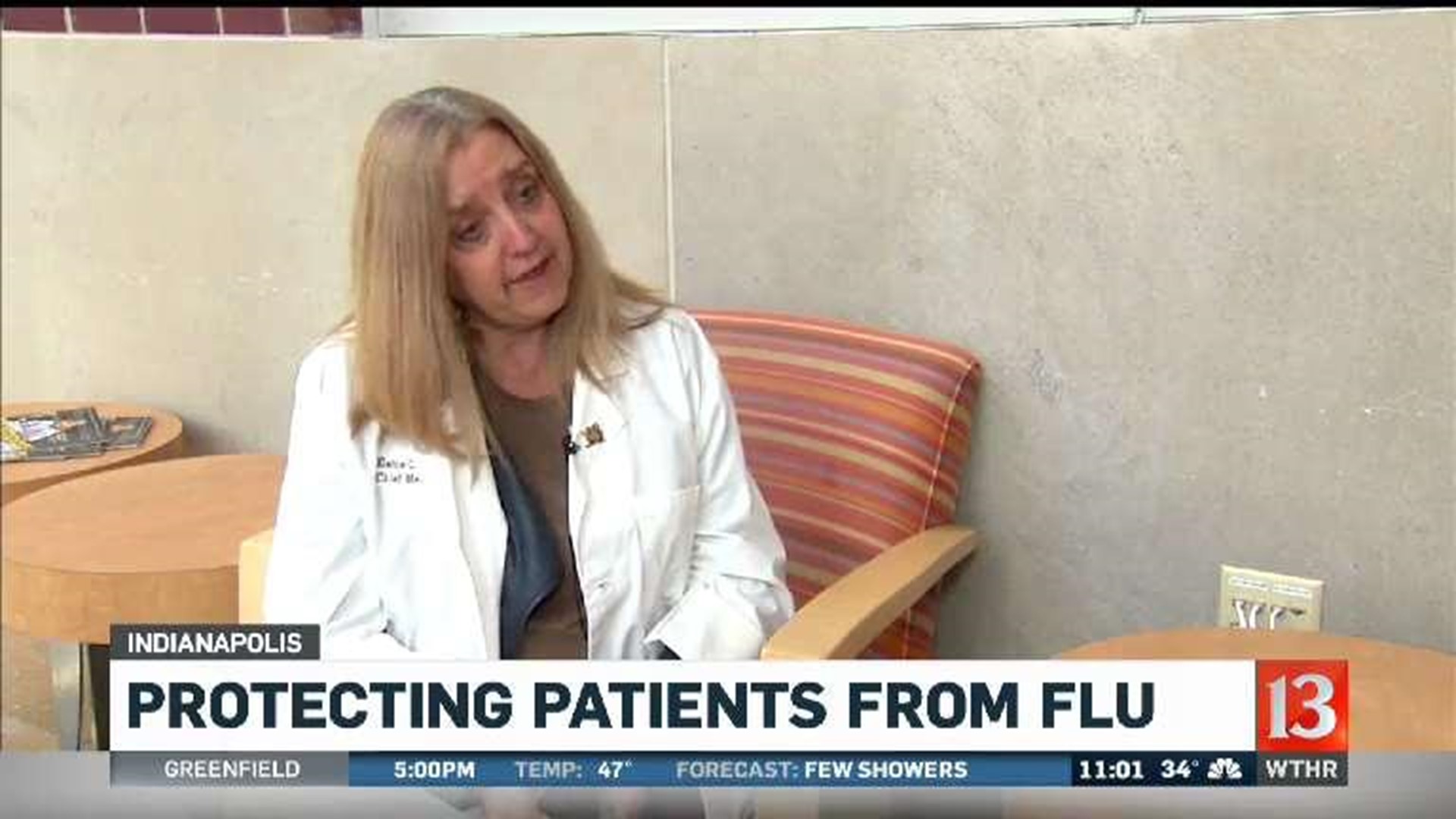 INDIANAPOLIS (WTHR) - "We brought our daughter into the ER on Sunday," Brian Kuntz told us. "She was having some respiratory problems."

When they got to IU Health Riley Children's Hospital, Kuntz noticed the facility had implemented visitation restrictions.

It's because of a recent high incidence of flu. Doctors, including Chief Medical Officer Elaine Cox, aren't taking any chances.

"As they are coming through our security system, we've added special extra questions and screening so we can help people decide at the front door if they are really well enough to visit a patient in the hospital."

According to a post on an IU Health web site, the restrictions include:

Cox says nationally, this year's flu cases have been the worst in a decade.

"It's so much worse this year and the pattern that we usually see is flipped," said Dr. Cox.

According to the U.S. Centers for Disease Control and Prevention, there's been an increase in Influenza B cases, a virus that doesn't normally show up until spring.

The Influenza B virus accounted for less than 10 percent over the last three flu seasons, but between September and December 2019, Influenza B accounted for 60 percent of viruses circulating in the U.S. The last time it gained that much traction was in 1992.

It's why protecting patients with weakened immune systems is important. If they get the influenza on top of something they already have, it can be extremely dangerous or even fatal.

"Having the flu check in place has been a godsend for us because our daughter is just 4 weeks old, so making sure she's protected and going through all the appropriate protocols is just really encouraging," said Kuntz.