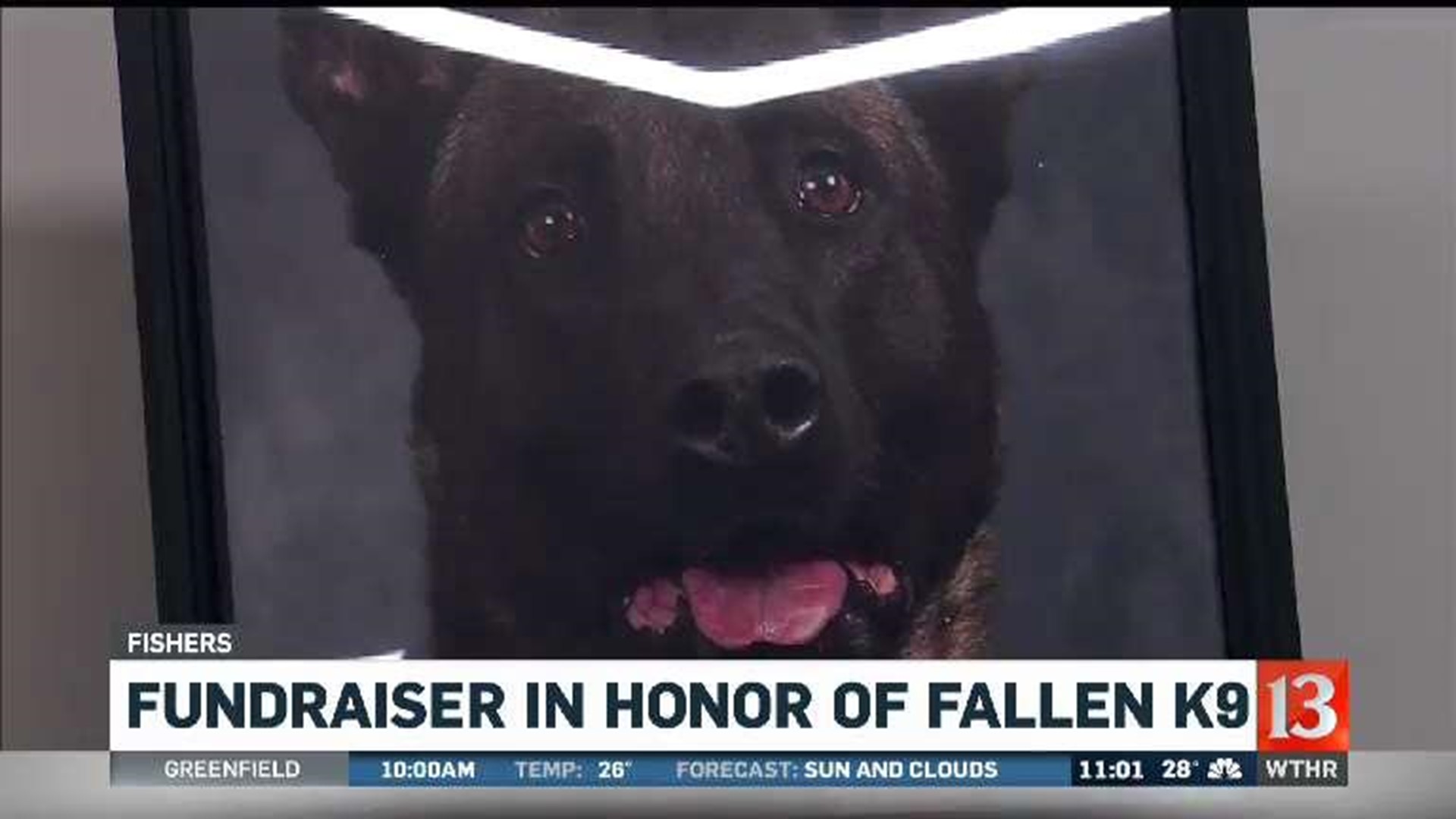 "Last night was the night, as a K-9 handler, you train your heart for, but are never truly ready for."

"My memories of him are just pure joy and happiness," Koopman said in a heart-wrenching Instagram post.

Harlej was shot and killed in the line of duty Wednesday morning, chasing a suspect who was fleeing after a police pursuit.

Tributes, flowers and well-wishes have poured into the Fishers police station for the 5-year-old Belgian Malinois.

Since Harlej's death, the Fishers community has stepped up to show support in many ways, including a fundraiser Thursday night at Bubba 33's.

"When I look at that picture, I see in the eyes and it saddens you, but you also know that this community will rally around its police force and also in Harlej's memory," said Bubba 33's Jeff Smith.

"He'd been to birthday parties. He'd done a lot of demonstrations, been around the school and just a really great dog," said Art Henning, a member of the FPD Citizens Academy Alumni Association.

"It made me cry, so I couldn't wait to get here to support the Fishers police and their K-9 unit," said Sharon Henselmeier. "They are such special dogs . To lose one, it's just heartbreaking."

Sharon and her husband Mike brought their two grandchildren to the fundraiser.

"It's sad," said Mike Henselmeier. "It's terrible. You know, it's an officer just like they are, so I'm sure they feel the pain."

"Obviously this is a tragedy for the agency, for Officer Koopman and his family and the community as a whole," said Fishers Police Sgt. Tom Weger.

"I know you're chewing on some tennis balls right now, buddy. Daddy loves you and I'm so glad you were my partner and in my life," Koopman wrote.