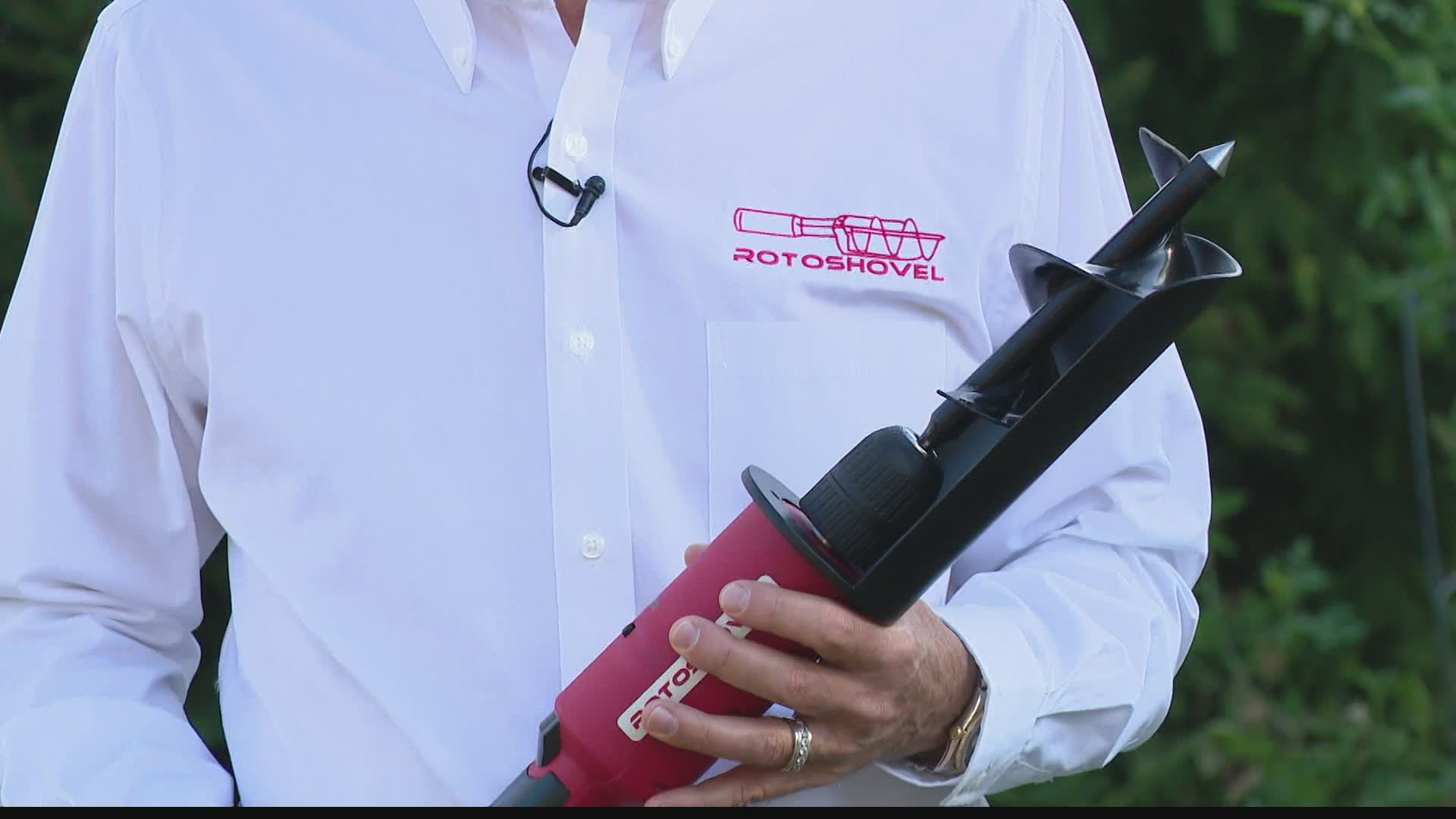 FISHERS, Ind. — An inventor in Fishers is hoping he has come up with a million-dollar idea for what he calls "the world's first electric shovel."

"I came outside to dig a hole to put some speakers in the ground one night," Goren recalled. "I went in the garage and looked for the shovels and the post hole diggers. I put the gloves on, came outside, started digging, and I thought, 'There's got to be an easier way! Somebody has to have an electric shovel I can just rent.'"

But after a few phone calls, Goren came up empty.

"I couldn't find it anywhere," Goren said. "I made a phone call, and the guy said, 'What are you drinking? There's no such thing as electric shovel.'"

So Goren drew up some designs for his own electric shovel, and he took the plans to Patrick Nusbaum, a 17-year-old Fishers High School student.

"I went into Rick's office one day, and he gave me this paper of a drawing of a really cool invention that he had an idea for," Nusbaum said. "Rick asked me if I could make it, and a week went by, and I gave him a full prototype of the RotoShovel that I made on my 3D printer with some motors and batteries."

"We learned how to build the RotoShovel based on that,” Goren said.

Now, Goren and Nusbaum are selling their RotoShovels on Amazon for $109 each.

They also said they're negotiating a deal to get the invention on the shelves at Costco stores nationwide.