Noah Alderton tried to find a better deal for his cap and gown, but that cost him his spot on the stage with his classmates. 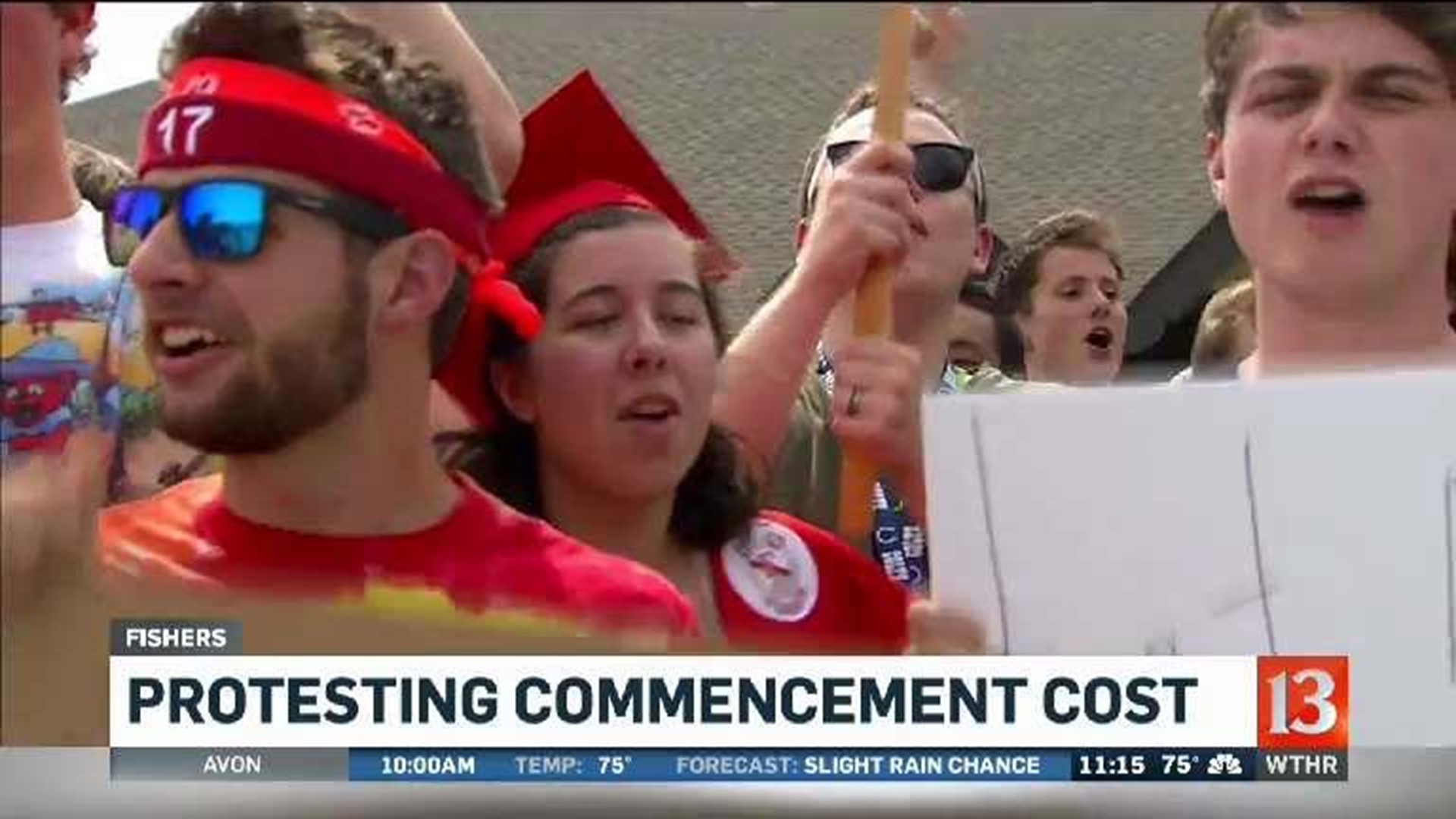 FISHERS, Ind. (WTHR) - A Fishers High School senior is excited about graduation, but upset over some of the costs that come with it.

Noah Alderton tried to find a better deal for his cap and gown, but that cost him his spot on the stage with his classmates.

A group of students backed Noah and held a protest during Senior Week at the school.

"It doesn't seem right that after 12 years of hard work and dedication, I'm not going to be able to walk in graduation simply because I won't spend a couple of extra dollars on the Herff Jones cap and gown as opposed to another cap and gown," Alderton said.

"This is the official cap and gown. It's just red. Shoulder pads," said classmate Olivia Jacobs, who wore her cap and gown to the rally.

The gown also has the Fishers High School crest on the front. It's the required uniform for graduation, the school said.

But Noah refuses to rent one. He's found red caps and gowns for sale online that are cheaper.

It's the principle, he says.

He told the principal he would even take his savings "and donate that to Riley Children's Hospital. However he said, unfortunately, that was not going to be allowed."

Noah's supporters say they just don't like being forced into rentals from national suppliers with exclusive contracts that run up to $78.

Senior Matthieu Picard also wore his official school cap and gown to the protest. His sign was made of a Monopoly game box.

"We learn a lot about monopolies in economics class and we get to apply it firsthand here," Picard said. "Not everyone can afford to pay that. That money can go toward renting textbooks in college, toward groceries."

In a written statement, the school district said, "Graduation ceremonies are considered an extracurricular activity. Students who choose to participate are required to wear the appropriate attire to maintain the unity and integrity of this special occasion."

The school also said, "We are proud of the initiative these students have taken and believe the conversation will continue in preparation for next year's ceremony."

"My parents are not terribly supportive of this. They would rather me walk at this point," Noah said. "I'm still going to be at graduation. I'll just be in the audience, and I'll be wearing my $20 red cap and gown."

The students turned the Senior Day protest into a Change.org petition drive that has received almost 1,200 signatures so far.

The head of the local company that supplies the gowns told Eyewitness News that letting people buy their own gowns "takes away the dignity and special nature of the event." He said he also donates a couple dozen gowns to Fishers students who can't afford them.