"You lose an officer and it's the same, no matter if its a human or a K9," said a Fishers resident. 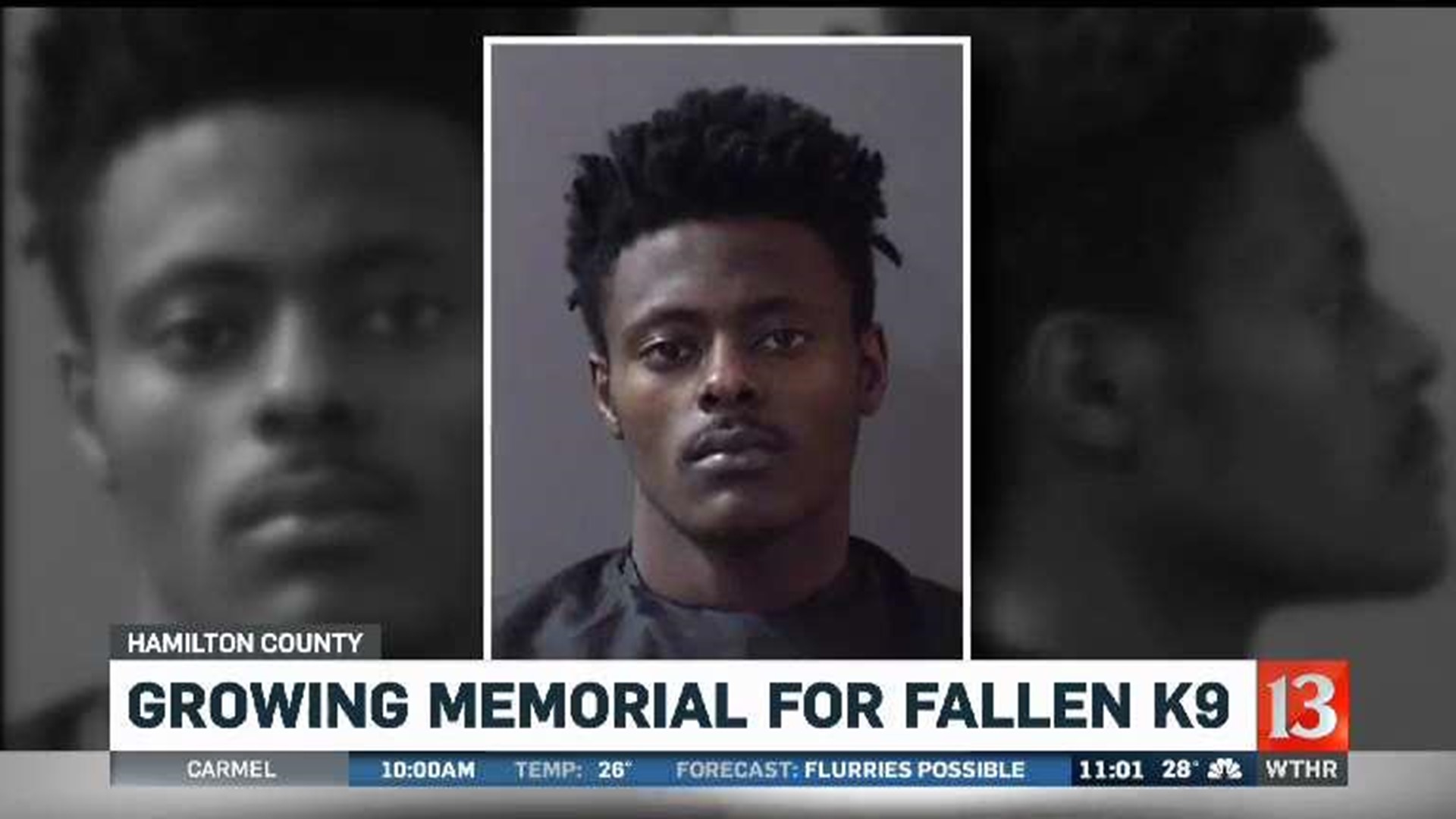 FISHERS, Ind. (WTHR) - When Jamie Little heard K-9 Officer Harlej was killed in the line of duty Wednesday morning, she knew she had to let Fishers police know how badly she felt about the loss.

"I was like 'OK, we know what we're doing today,'" said Little, who went with her husband and two kids to the Fishers police station Wednesday afternoon to pay their respects.

"You lose an officer and it's the same, no matter if its a human or a K-9," Little said.

According to investigators, it started with a police chase as officers tried to stop a car driven by Richard D. Garrett, Jr., along with passenger Rashaana L. Farrow.

According to police, Garrett drove off.

The pursuit ended at at Olio Road and 136th Street when Garrett and Farrow got out and ran.

Around that same time, Rami Obaid says his wife's phone went off, alerting her that someone was at their front door.

"It showed immediately on the camera that somebody's at the door," Obaid said. His doorbell camera captured video of a man trying to get in his front door.

"She came to make sure the doors locked. He went to the back and tried the patio door. It was locked as well. He tried one of the windows. It was unlocked. He lifted it up and he was reaching in the curtain. That's when my wife saw his hand and started screaming," said Obaid.

Later, Obaid learned from police the man in the video was Garrett.

"Unfortunately, we heard the K-9 was shot and that was such a sad event," said Obaid.

Harlej's loss isn't just being felt by in the Fishers community. He's also being mourned at First Friend K-9, where the owners say Harlej used to stay when his handler was out of town.

"We're just so sorry for the officer and want him to know that we're here for him, no matter what he might need and we're definitely thinking of him," said First Friend K-9 owner Debbie McNabb.

The sentiments are the same for the Little family.

"They put their lives on the line for us each day. No one has a bond like an officer and their K9," said Little.

You can help out by making a donation to the Fishers Police Foundation.