Volunteer firefighter, Justin Frederickson, was shot in the abdomen while responding to a call in a small Wisconsin town. 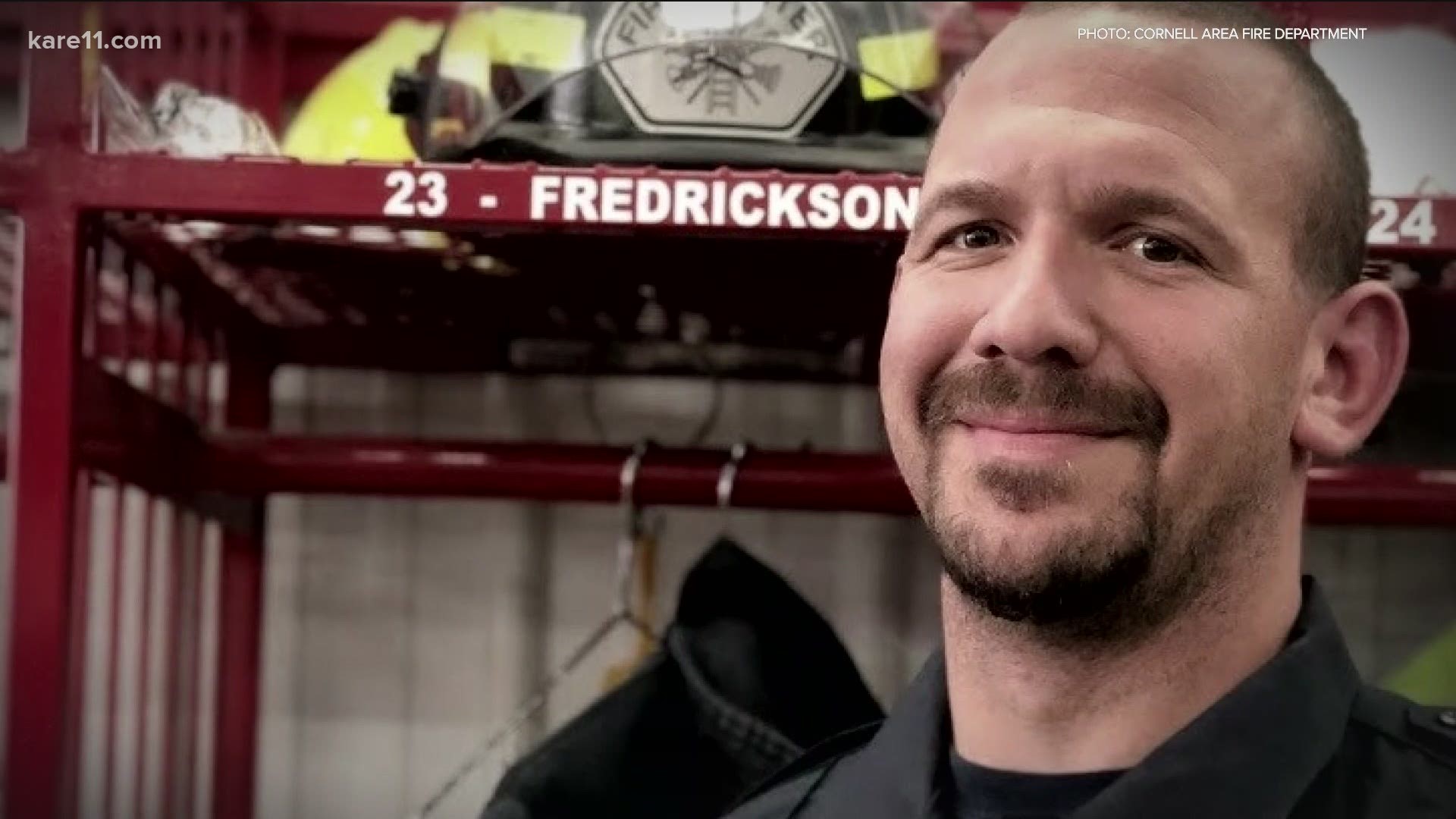 CORNELL, Wis. — A northwestern Wisconsin firefighter is battling for his life, after a freak accident while fighting a fire resulted in him being shot.

The Cornell, Wisconsin fire chief on Friday the department in nearby Sheldon requested mutual aid in helping to put down a structure fire. Chief Dennis Klass says 35-year-old Justin Fredrickson was one of the firefighters dispatched to help put down the fire, which was in the Township of Willard.

Fredrickson was working an exterior hose line when intense heat inside the home caused a loaded firearm to discharge. A bullet traveled through an exterior wall striking Fredrickson, a 16-year veteran of the department, in the abdomen.

Chief Klass says paramedics from Sheldon EMS began working on Fredrickson at the scene. He was then rushed to a hospital in Ladysmith, and airlifted to Mayo Hospital in Eau Claire where he is listed in critical condition.

Authorities say Fredrickson has undergone three surgeries for his injuries.

"Please keep Justin’s fiancée, his family, and the Cornell and Sheldon Fire Department’s in your prayers," Klass requested in a released statement.

The chief also emphasized that the loaded firearm discharged due to heat conditions caused by the fire, not by the intentional actions of a person.

In Wisconsin, donations can be made at any Northwestern Bank location to:

For people out of state, donations can be mailed to: