No one was inside Greater Zion Fellowship Community Church at the time of the blaze. 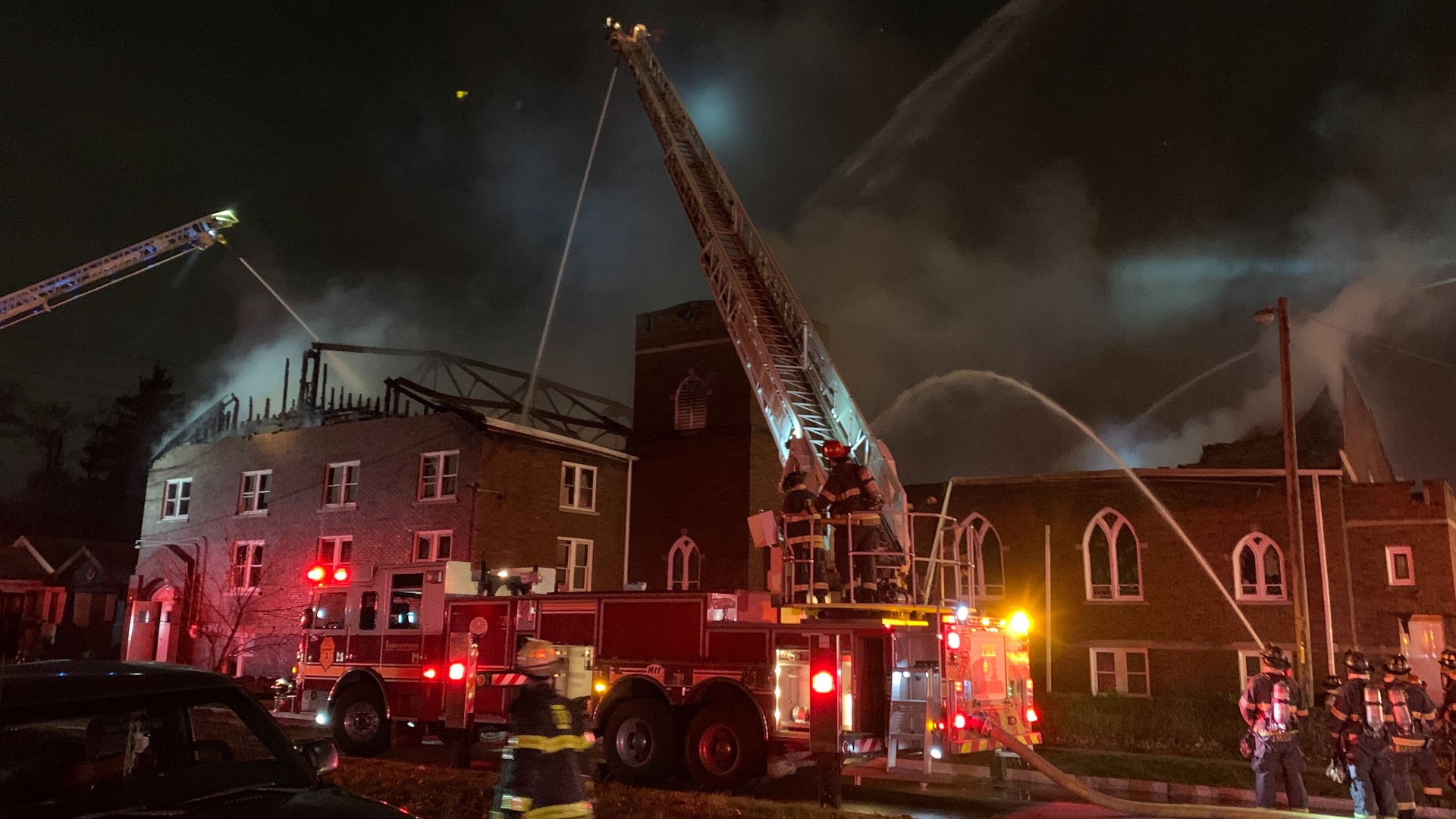 INDIANAPOLIS — Indianapolis firefighters were called to a fire at a church northwest of downtown late Thursday.

The fire at Greater Zion Fellowship Community Church, 2440 N. Harding St., was reported at about 11:10 p.m.

After the first trucks arrived, additional firefighters were called to assist.

No one was inside the church at the time of the fire. The congregation has been meeting in online services since June.

No injuries were reported.

A raccoon was able to escape from the roof of the building, according to a Twitter post from IFD.

After this little guy makes his presence known to firefighters, they attempt to coax him down - with no luck. The racoon scaled the wall side to side & made several brave attempts to find a safe space - all to no avail. Frustrated, he simply jumped to the ground & ran off A-OK. pic.twitter.com/9T6IUMi49T

A damage estimate hasn't been reported. An investigation into the cause of the fire is underway.

Standard protocol requires the Bureau of Alcohol, Tobacco and Firearms to be called in to assist with investigation because it occurred at a church.