220,000 texts were delivered in the first month alone. 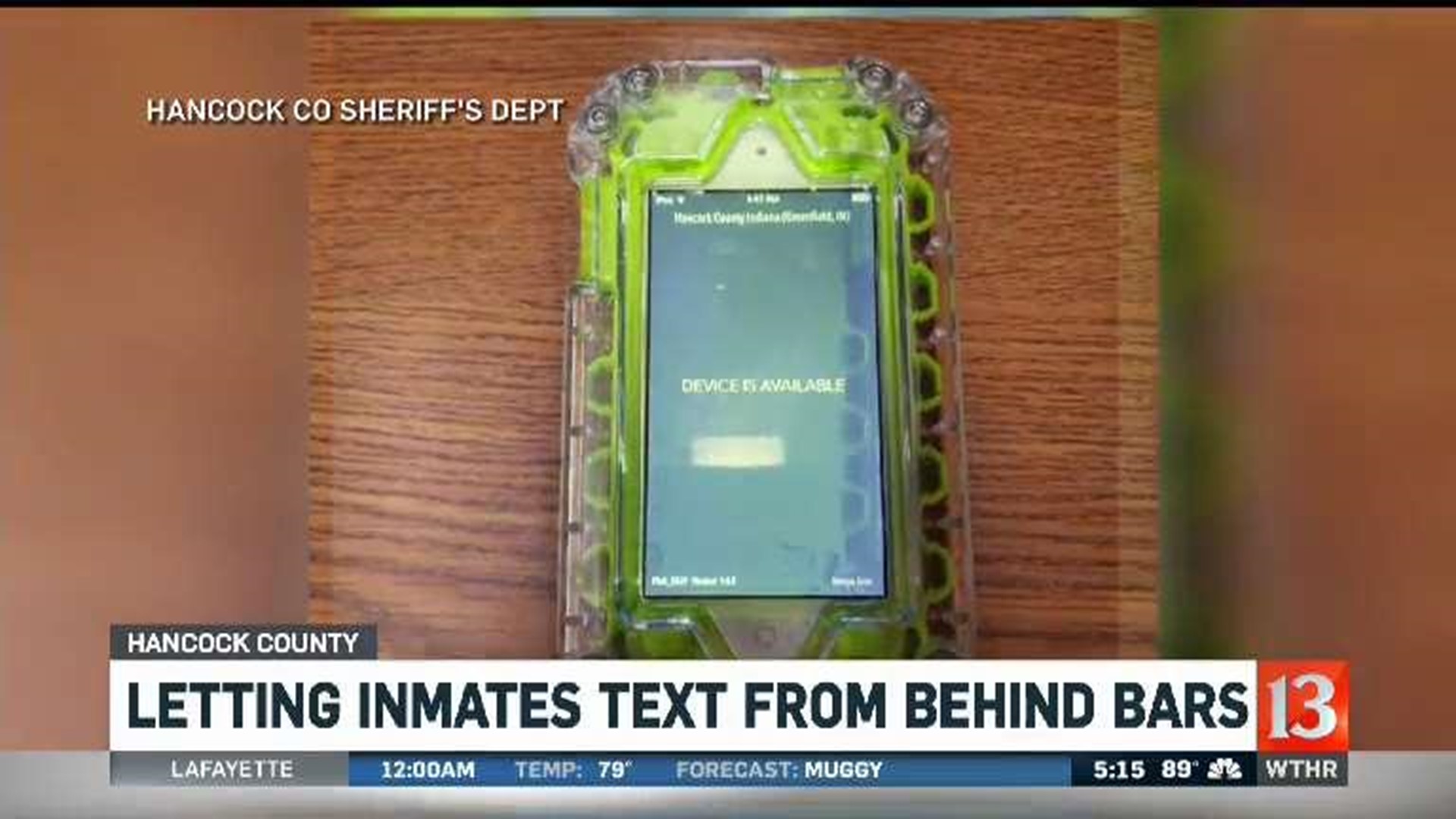 GREENFIELD, Ind. (WTHR) - Detainees at the Hancock County jail have a new way to communicate from behind bars.

A unique "chirping" device allows them to send text messages to people on the outside, and the county is benefitting financially from those messages.

The devices look a lot like iPhones, but there's an important distinction. They don't permit phone calls, photos or apps. It's text only.

Inmates are not allowed to text each other.

The devices, in bright green armored cases, were placed in service at the end of May. The sheriff told Eyewitness News that they're very popular.

Currently, 125 of the 225 people housed there are using the devices for communication, mostly to family members.

220,000 texts were delivered in the first month alone.

Like jail phone calls, the texts are monitored by deputies. Staff can block phone numbers, too, so that someone with a protective order doesn't get a text from that inmate.

Users pay $4 a month to rent a chirping device, then each text costs a dime.

Detainees pay the fees through a commissary account. It costs the sheriff nothing, and there is no expense to taxpayers.

In fact, Hancock County actually makes money. They get a payment for each text message, funds then spent on programs and jail equipment.

16 other Indiana jails currently use the chirping devices, including Clinton, Randolph and Jennings counties.