A father died from his injuries after trying to save his 3-year-old daughter when his car went into a retention pond. 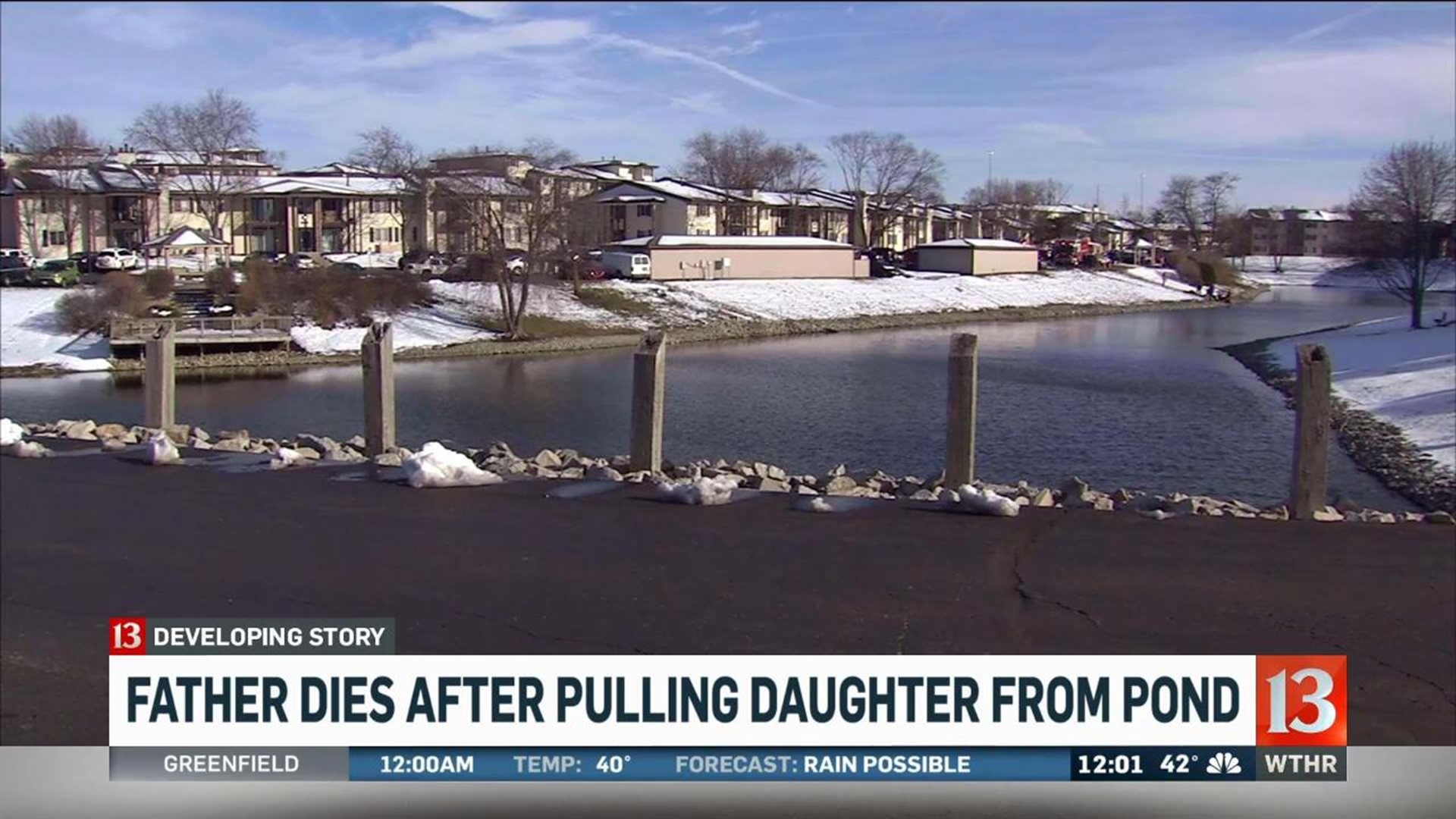 INDIANAPOLIS (WTHR) — A man has died from injuries after trying to save his 3-year-old daughter from drowning when their car went into a retention pond.

Authorities say 24-year-old Anthony Burgess Jr. was outside his car talking with someone around 4:30 p.m. at the Core Riverbend Apartments near 86th Street & Allisonville Road, while his daughter was still inside the car. She started to get out of the car with her dad, but he told her to stay inside. As she climbed back across the front seat, she accidently hit the gear shift, putting it into reverse. The car then started rolling backward toward the retention pond.

Burgess and the friend he was there to visit, 28-year-old Bobby Malone, ran into the pond to help get her out, but neither of them knew how to swim. The father reached the car before it fully submerged and yelled for his daughter to get into the back seat.

Malone went back to shore before the frigid water could pull him under. While he was doing that, the father grabbed his daughter out of the car just as it fully submerged.

A bystander on the opposite side of the pond, a 30-year-old man, saw this happening and jumped in to help, but he also didn't know how to swim. He managed to get the girl and bring her back to shore, then went back out to help her father, who was then below the water's surface. About halfway out toward him, the man had to turn back and was helped out of the water by a woman who extended something out to help him pull himself out of the water.

First responders then arrived at the scene. Some started tending to the 3-year-old girl and 30-year-old bystander who jumped into the water. The bystander was in good condition, but hypothermic and taken to the hospital to be checked out.

Meanwhile, another pair of responders got into the water to help Burgess. They took rope bags with them while more rescuers held onto the other end of the ropes on shore so they could be pulled out if needed. They went 30 feet out and 10 feet deep where witnesses said the father was last seen, but all that time in the frigid water left them near hypothermic.

As they came out of the water, IFD Dive Rescue Tac Team 14 arrived and was getting into the water. A witnesses description of where he last saw the father helped the divers find him within 60 seconds, 20 feet below the surface.

Still, he was underwater for 10 minutes. He was taken to St. Vincent Hospital in critical condition, but he ultimately did not recover from his injuries and was pronounced dead at the hospital at 11:33 p.m. Sunday.

The 3-year-old is still in critical condition at Riley Hospital.

The car is still in the pond. Divers will return Monday to get it out.