Farm debt is projected to reach a record high of $416 billion in 2019, according to the American Farm Bureau Federation. 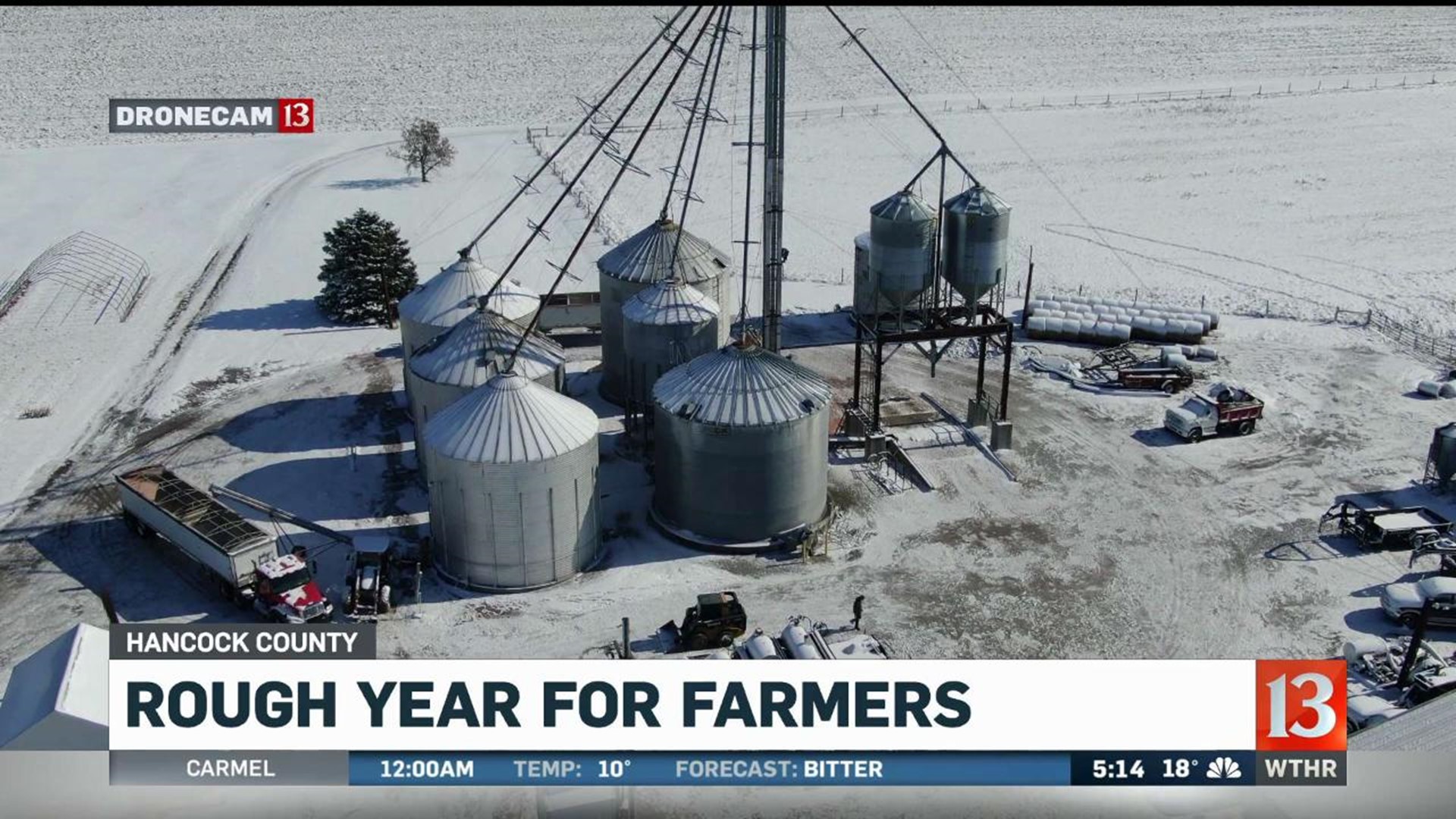 GREENFIELD, Ind. (WTHR) - Farm debt is projected to reach a record high of $416 billion in 2019, according to the American Farm Bureau Federation.

As a result, bankruptcies are up 24% from last year.

“There aren’t many farmers in the state who aren’t just ready to move on from this year. It’s been a long one and a stressful one,” said farmer Jon Sparks.

Sparks is also on the board of directors for the Indiana Farm Bureau.

He farms corn, soybeans and wheat on 1,600 acres in Greenfield. Amid the tumultuous year, he said, “if nothing else, farmers are resilient.”

In a 12-month period, farmers in Indiana filed eight Chapter 12 farm bankruptcies according to the Farm Bureau.

Sparks said one of the main reasons for a lower yield and profit is weather.

“It started this time last year with a wet harvest. We were slow in getting last year’s crops out,” he said. “We didn’t get a lot of our fall work done in terms of tillage or either fall burn downs and a lot of things we do to prepare the ground for the next crop. We continued through the wettest spring we’ve ever had. That made getting a crop planted nearly impossible.

“Followed by a dry period this summer that impacted yield and have actually been blessed with pretty good weather harvest-wise until the snow yesterday,” he said with a smile forgiving of Mother Nature.

The weather itself impacts yield and it also raises overhead costs, which impact profit.

“We spent more money to put this crop out trying to fix messes we had just from harvest last year when it was too wet and weeds that got too tall because we couldn’t get across the field to spray them this spring,” Sparks said.

The second major contributor to the rise in economic hardship for farmers is trade and its impact on the supply, demand and the market overall.

But the lower demand from China is entirely due to trade talks.

“The Chinese have been dealing with swine flu, which is where a lot of our soybeans had been going was to feed their swine herd. Their total demand isn’t as great, whether they’re dealing with tariffs or not,” said Sparks. “So there’s a lot of pieces to the puzzle of marketing grain.”

He said crop insurance has helped.

“It’s not necessarily a tourniquet, but it is a band-aid,” said Sparks. “We get a percentage of what our guarantee would be. But it doesn’t cover your indirect costs, the cost of equipment, the cost to keep the lights on, it doesn’t make us whole, but it stops the bleeding a little bit.”

Insurance is one of the many forms of assistance, farmers who can afford it, are relying on.

The USDA currently projects farm income in 2019 to reach $88 billion. That would be the "highest net farm income since 2014's $92 billion, but still 29% below 2013’s record high,” according to the American Farm Bureau Federation.

But nearly 40% of that income “is related to trade assistance, disaster assistance, the farm bill and insurance indemnities and has yet to be fully received by farmers and ranchers.”

While this helps alleviate some financial stress, not all farmers benefit. But Sparks said as long as the weather improves and demand increases, both domestically and internationally, the future holds better yields.