Fans came down on both sides of the controversial issue after Sunday's Colts-Browns game where players from each team knelt during the national anthem in protest of President's Trump's comments the players should be fired for disrespect. 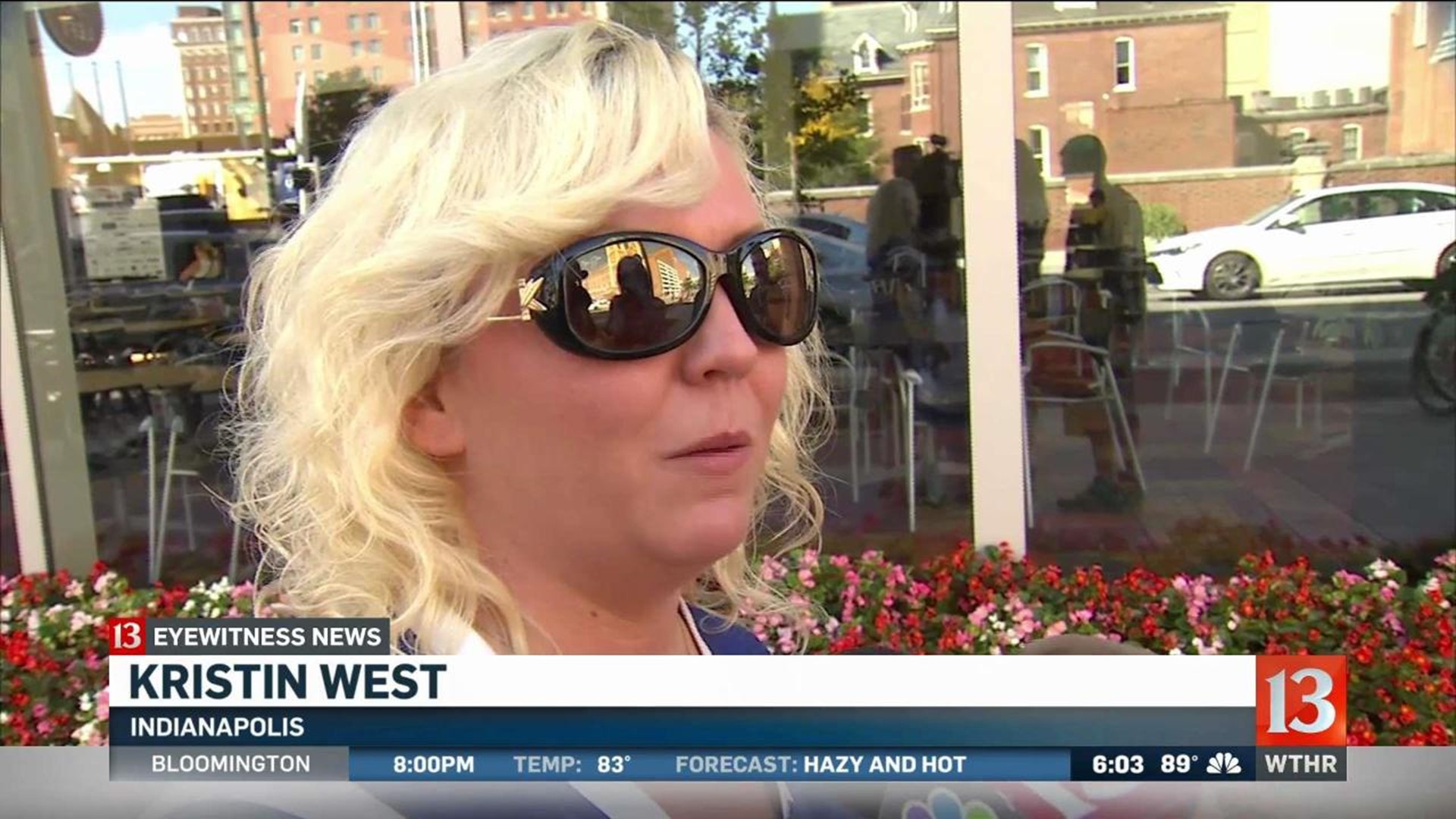 INDIANAPOLIS (WTHR) - In NFL Stadiums across the country and at Lucas Oil Stadium here in Indianapolis they played political football.

The gesture not welcome by some fans, who voiced their displeasure with loud boos.

The move came just days after a speech in which President Donald Trump said NFL players who take a knee instead of standing for the national anthem should be fired.

"The president is doing his job by putting them on notice that we want people who when they attend these functions, these games and that's what they are is game, they're entertainment for the public," said William C. Friend, Colts fan and Speaker Pro Tempore of the Indiana House.

"They don't need to be political statements about whatever. I'm not even sure what they're after at this point, but I don't agree with them," said Speaker Friend.

"I do think it's disrespectful when people kneel," added Colts fan James West.

Football fans from both teams shared their thoughts after the game.

"I think it's a good thing because for the fact is they're using their first amendment right to express themselves," Indianapolis Colts fan Vic McMillian said.

"It's up to you what you say or what you do, that's part of America," said Colts fan Alex Mann.

"That's why we live here, but at the same time, it's a disrespect to everyone who fights for your freedom, everybody who is overseas right now, can't even watch a football game because they're fighting for your freedom," Mann added.

Cleveland Browns fan Keith Jones was one of those military members and said he supports players right to kneel.

"I love this country, I love the flag, but I understand it's not about patriotism," said Jones of the decision to not stand.

"I understand why they're kneeling. Now there's different ways of doing it, but this is getting every body's attention, it's bringing awareness to it and now it's people worried about stuff that maybe they're not aware of," Jones added.

"We support our country and we feel like it's important to support the national anthem, not necessarily because of what's going on today but for the people that have passed and the people who have died," said Colts fan Kristen West.

"I believe it's right for people to stand up for what they believe and if it's going to be frowned upon or agreed with, I think it's important for us all to have our own voice," said Kahli Rose, a Cleveland Browns fan.

"Do you think a football game is the right place to do that?" we asked. "I think it's a good way to reach out to a lot of people. It may not be the best place to do it, but everyone's watching," Rose answered.

That was certainly never more true than on Sunday.