NCAA Tournament fans, many without tickets to the games, have descended on Indianapolis 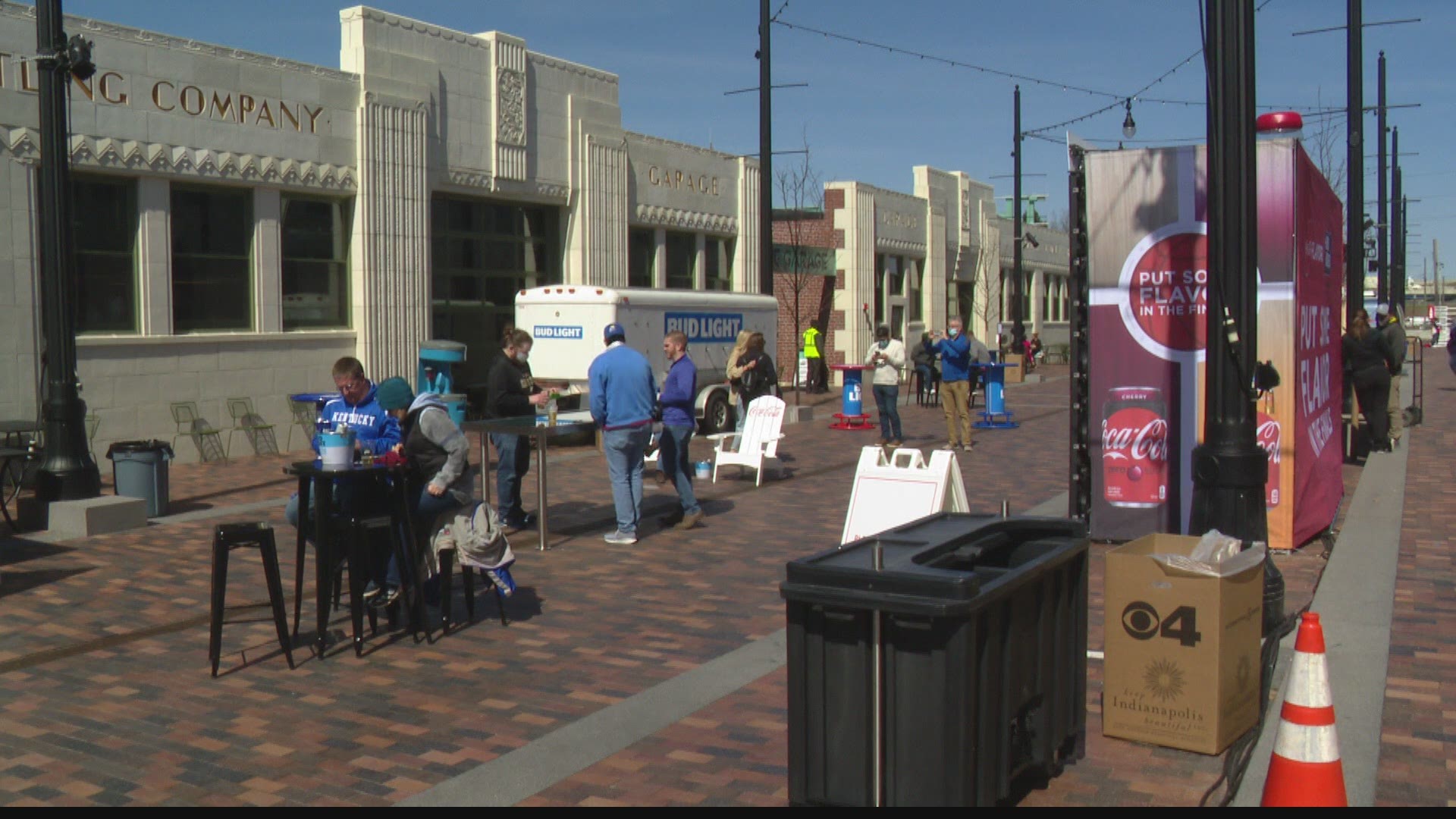 INDIANAPOLIS — Among the many differences associated with this year's NCAA Basketball Tournament is ticketing.

Before, fans were issued session passes. This year, a ticket is good for just one game. It means fans have more time to enjoy the city between games.

We found lots of excited fans downtown Friday, including some parents of players participating in the games.

"It's the first game we've seen all year," an Arkansas fan said. "The pandemic really slowed things down from a fan perspective, but we're very excited to be here and see him play."

Some visitors came without tickets, happy to just watch the action at a Mass Ave. bar.

"My daughters soccer game got cancelled, which she was extremely upset about, but now we're here for another day, so you get me for another day in the city, so everybody wins," said another fan.

March Madness in the air, and it seemed to be on the minds of everyone downtown Friday

"We're thrilled," said Syracuse fan Lisa Russo. "This will be our first live basketball game in a year."

A pair headed to watch their brother play for Colgate told us they were beyond thrilled.

Places like Kilroys were excited to welcome fans, quickly reaching their approved capacity, even with outdoor seating.

"I think it's great for the city, glad they closed down the street get some biz here," said Kelly Zingraf.

We also found people saying "no tickets, no problem" at the Bottleworks District, where many fans were content to catch the games on two big screens.

The Johnsons were celebrating a birthday and all things basketball.

"We wanted to experience something new and love being outside," said Erica Johnson. "Watching sports, so this is the perfect place to be today."