Colts fans got some encouragement today from Captain Andrew Luck. 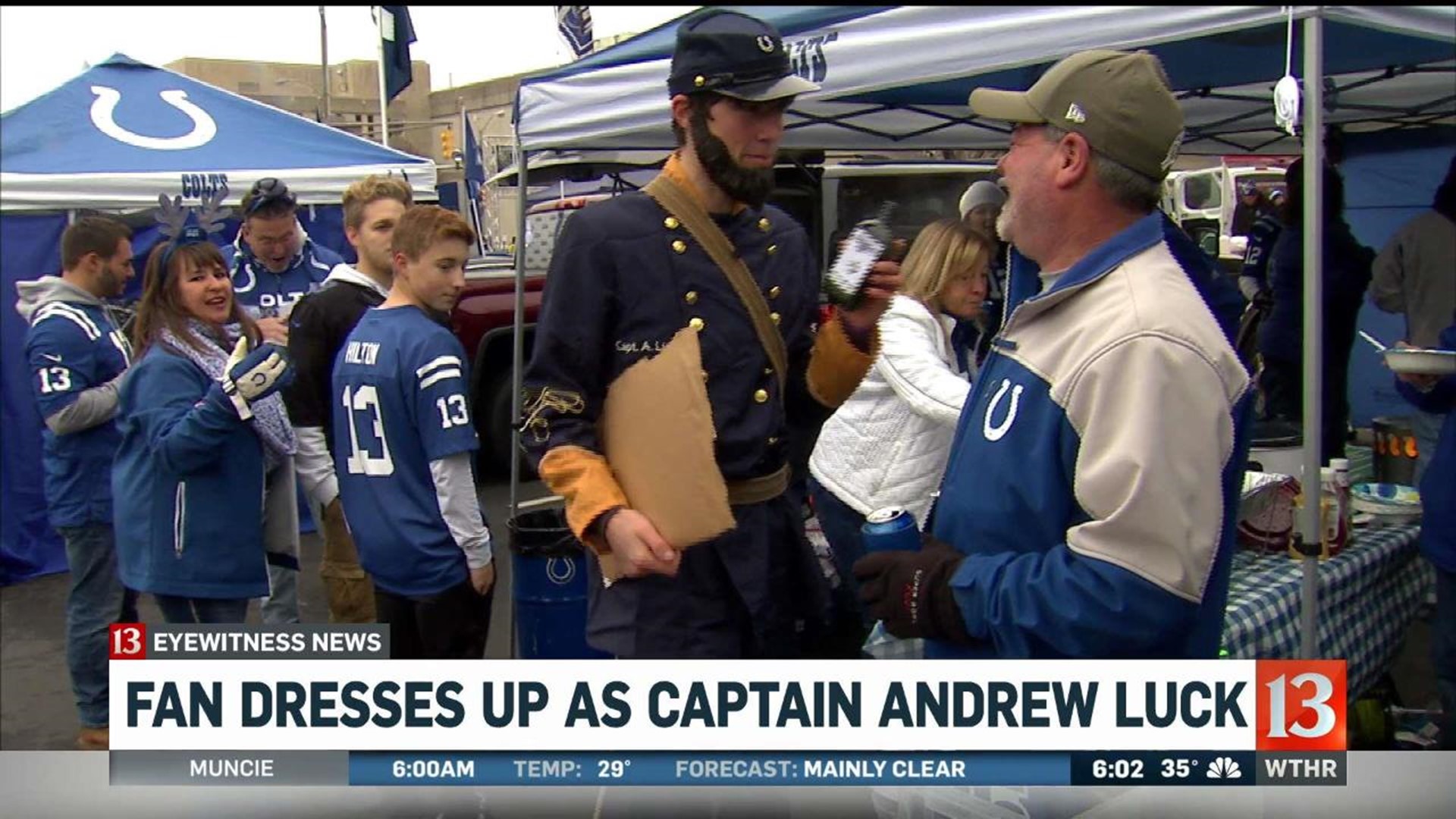 "I wrote to my dearest mother today. Yes, hopefully we beat the big men today."

If you're not familiar, it's a Civil War soldier with a striking resemblance to the colts' quarterback.

He narrates the season as if he was a soldier writing to his mother.

This Captain Luck doesn't run the account but he's a big fan.

"I just love the twitter account so much and me and my dad thought about this idea towards the beginning of the season and thought it would be funny to dress up as captain Andrew Luck," said Emerson Bostic.

Captain Luck wasn't the only one pumping up fans at Touchdown town today.