Friday morning a motorist found a man murdered in the middle of a Muncie neighborhood street. 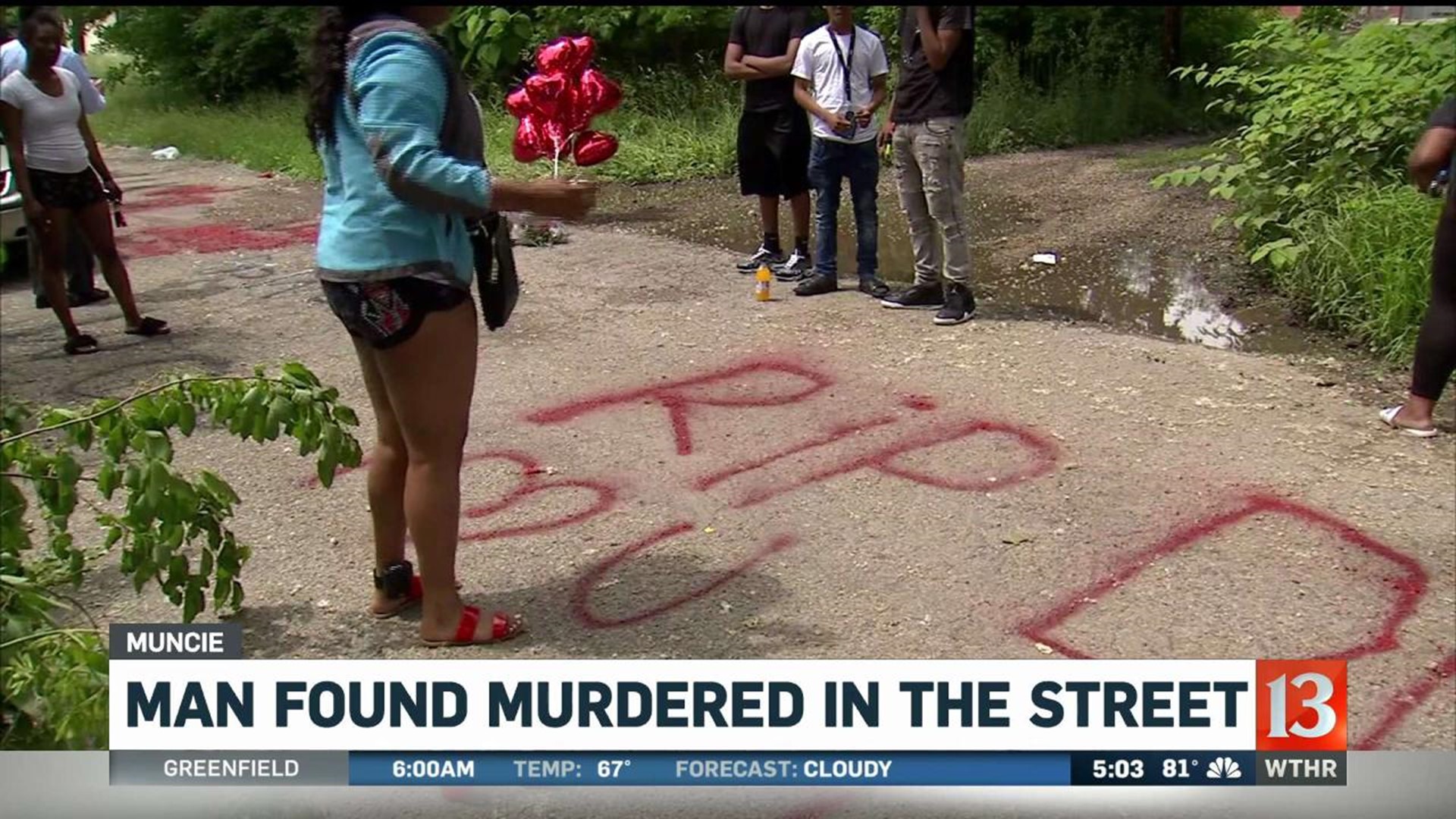 MUNCIE, Ind. (WTHR) - Friday morning a motorist found a man murdered in the middle of a Muncie neighborhood street.

Detectives are looking for witnesses, a motive or a suspect.

A grieving family is looking for answers too.

Friends and family members cried while they painted messages of love and hope on the street where Johnson was found murdered.

No shouting, no screeching tires, just silence until about 4 hours later when a driver found Johnson's body and called police.

According the police, Johnson lived on the other side of Muncie.

Why he was in the city's south east side neighborhood, why he was on a street that doesn't get a lot of traffic are two big questions police want answered.

Scyllir Johnson called his brother a good person, with one son and a baby on the way. According to Scyllir, his brother was working and trying to change himself.

They are confident they will find the break they need.

"I will be surprised if we don't have this solved in the next couple of days," Chief Winkle said.

Answers and an arrest can't come soon enough for a grieving family.