Family, friends and classmates remembered a high school senior Friday killed in a car crash on his 19th birthday. 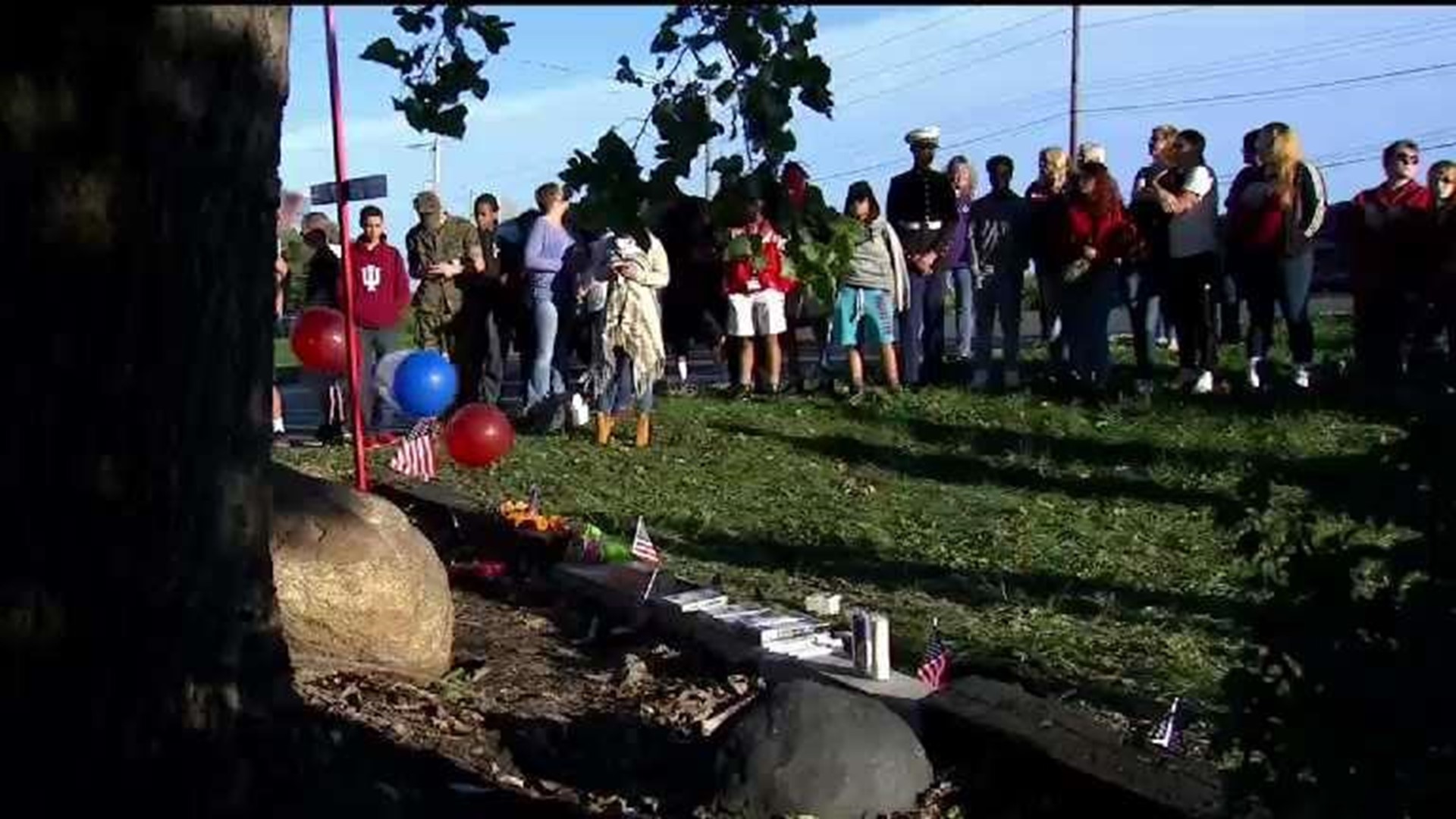 Frank Wilson was set to graduate from Ben Davis in the spring. But the Junior ROTC member and Indiana National Guardsman died Wednesday, after colliding with a pickup near 10th and Whitcomb on the west side.

Loved ones returned to the accident scene Friday night to share their memories of this young man.

Fellow Marine ROTC members say Wilson planned to finish his Guard service and enlist in the Air Force, following in his grandfather's footsteps.

"You knew when Wilson walked into the room because he had this kind of aura of positivity," said Anna Diatlovich, a former JROTC commander. "No matter what kind of day you were having, he asked you about it, gave you a hug and listened to you."

"The first time I ever met Frank, I had just started on the drill team. He didn't know me, and he was the first want to say, 'Hey, I'm Frank. It's really nice to meet you. Welcome'," remembered Wilson's friend, Shawn Charleswood.

"His help was vital. He pushed me to become a better man and a leader," added another friend, Johnny Langley.

Friends say Wilson even inspired others to join the National Guard. Wayne Township Schools described him as well-liked by his teachers and respected by his peers.