For the tenth year, an Indianapolis church is holding a walk in memory of a young life taken far too soon. 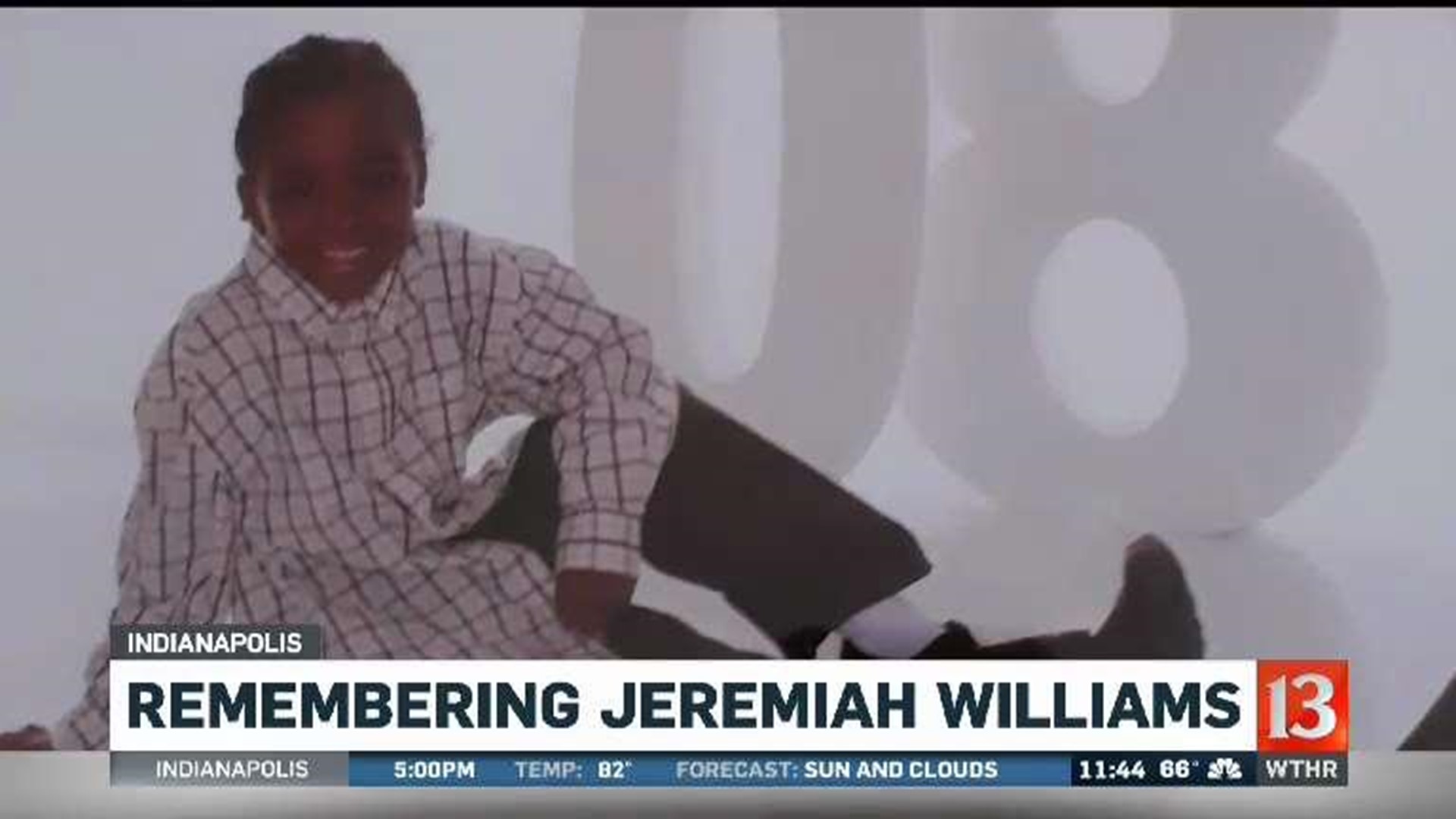 INDIANAPOLIS (WTHR) - At the end of a hallway in Mount Moriah MIssionary Baptist Church, where the Reverend Arthur Sample III and his wife First Lady Barbara minister to the faithful, is a picture of a smiling little boy the couple thinks about every day.

That little boy is Jeremiah Williams, the great nephew the Samples raised since the child was just six months old.

When he was just a baby, Jeremiah's mother asked the Samples to take him because they say she was in an abusive relationship.

"She wanted a safe environment for him and she didn't feel like it was safe," said Reverend Sample.

For eight years, the Samples raised Jeremiah as their own.

Until one day, Jeremiah's mom called.

"She called and said she was coming to get Jeremiah," Barbara Sample remembered.

"He was still her son and she had never given us the opportunity to adopt him," Reverend Sample said.

Five months later, the third grader was shot and killed by his mom's ex-boyfriend when he opened fire on the house.

"He came in as my nephew and he was killed as my son," said Reverend Sample.

Ten years later, reminders of Jeremiah are everywhere. Every day when the Samples leave their house, they see the tree he loved to climb.

"He was so proud that he could climb that tree and get on the limb and the limb's still there, but he's no longer able to climb," said Reverend Sample.

"This would have been the year he graduated high school, getting ready to go off to college," Barbara said.

Instead, the Samples are hosting the 10th annual Jeremiah Williams Domestic Violence Walk for Change.

"Domestic violence through most families is hidden and most of us don't know how to identify it and we want to make the Indianapolis community aware that there's help and there's aid," said Reverend Sample.

For this couple, it's making sure the child they loved isn't just another statistic, but a person whose life and death mattered, in part because of what they can teach others.

"We want to make sure this city remembers the name," said Reverend Sample.

The 5K walk is this Saturday at 10 a.m. at Mount Moriah Missionary Baptist Church at 2349 N. Keystone Way in Indianapolis. Registration begins at 8 a.m.