A votive candle was placed and lit in each opening along a bridge. ​ 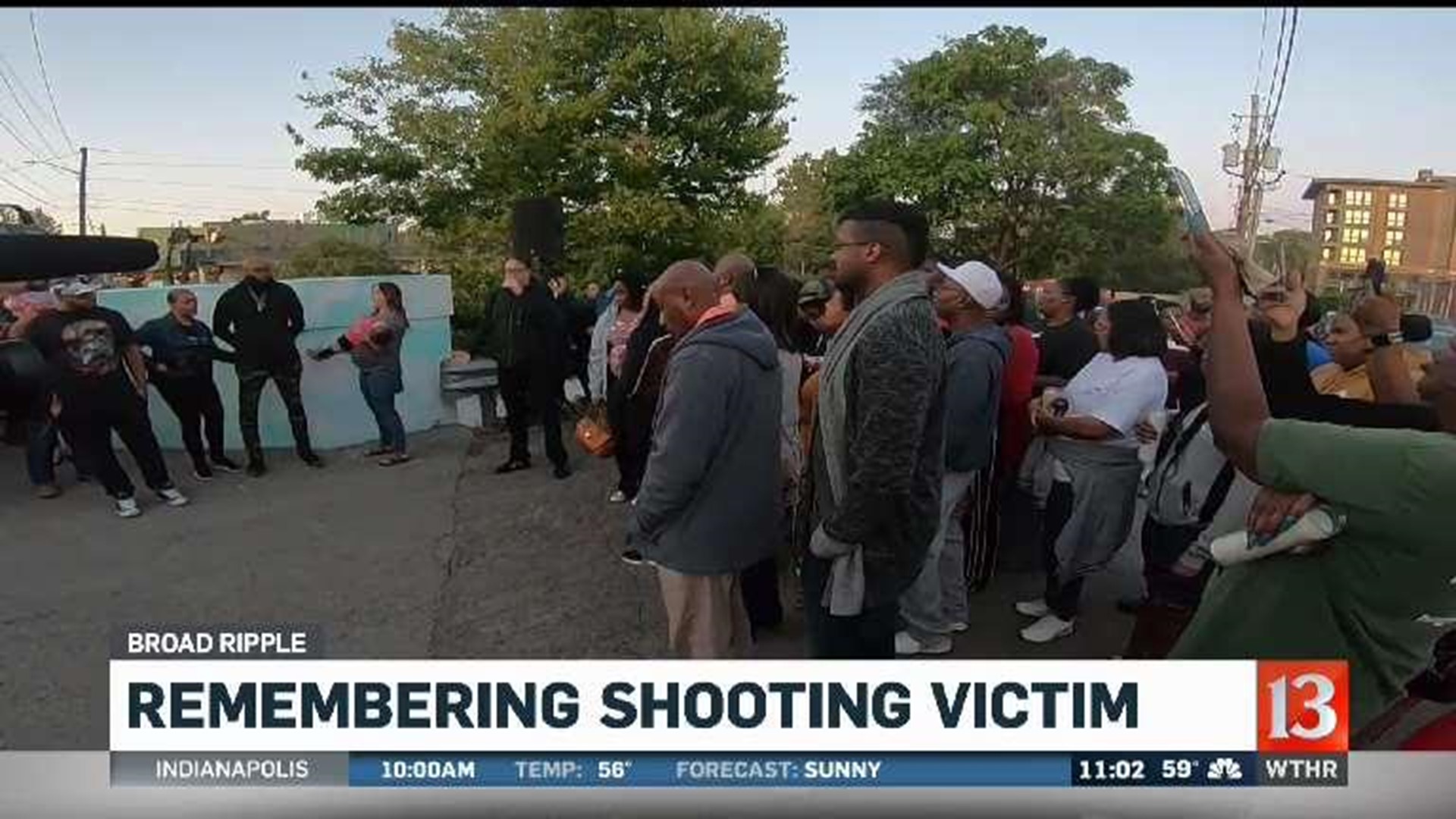 INDIANAPOLIS (WTHR) - Police continue to search for a gunman who shot and killed a man Thursday morning inside a Broad Ripple bar.

​Investigators say a person of interest has turned herself in. They believe she can provide information about the shooter.​

​On Monday, family, friends and those who knew Al Hayes, 37, came to Rainbow Bridge in Broad Ripple to remember his life.

A votive candle was placed and lit in each opening along the bridge. ​

​"Al has been my biggest supporter. He was one of my closest allies," said Ron Miner, a DJ at The Casba.​

​Hayes was known as "The King." He was a father, a son, a brother, a friend and so much more. Well-known in the community, he worked security for several bars in the area. His family called him a protector and a provider.​

​"It has been so hard for us because all we know is family," said Tinishelle Mills, Hayes' sister.​ ​Mills and her other two sisters were overcome with grief as they addressed the crowd.​

​Hayes was shot and killed Thursday morning inside Connor's Pub. He was working security that night. Police say he was defending women who were getting pushed around by a man. That man who killed him has not been caught. ​

​"My prayer has been for God to continue to make us strong so now that our mediator is gone we are able to mediate things ourselves," said Mills.​

​Hours before the vigil, IMPD, business and community leaders met to discuss solutions to crime. Some business owners say they want more police presence after 3 a.m., when bars and clubs begin closing. Others say they use handheld metal detectors as a deterrent or hire off-duty officers. ​

​The groups say they just want to ensure what happened to Hayes doesn't happen to anyone else.​

​Anyone with information is encouraged to call Crime Stoppers at 317-262-TIPS.​