Family credits doorbell camera for escape from east side fire

An Indianapolis family is still trying to recover from a fire that was captured on their home's doorbell camera. 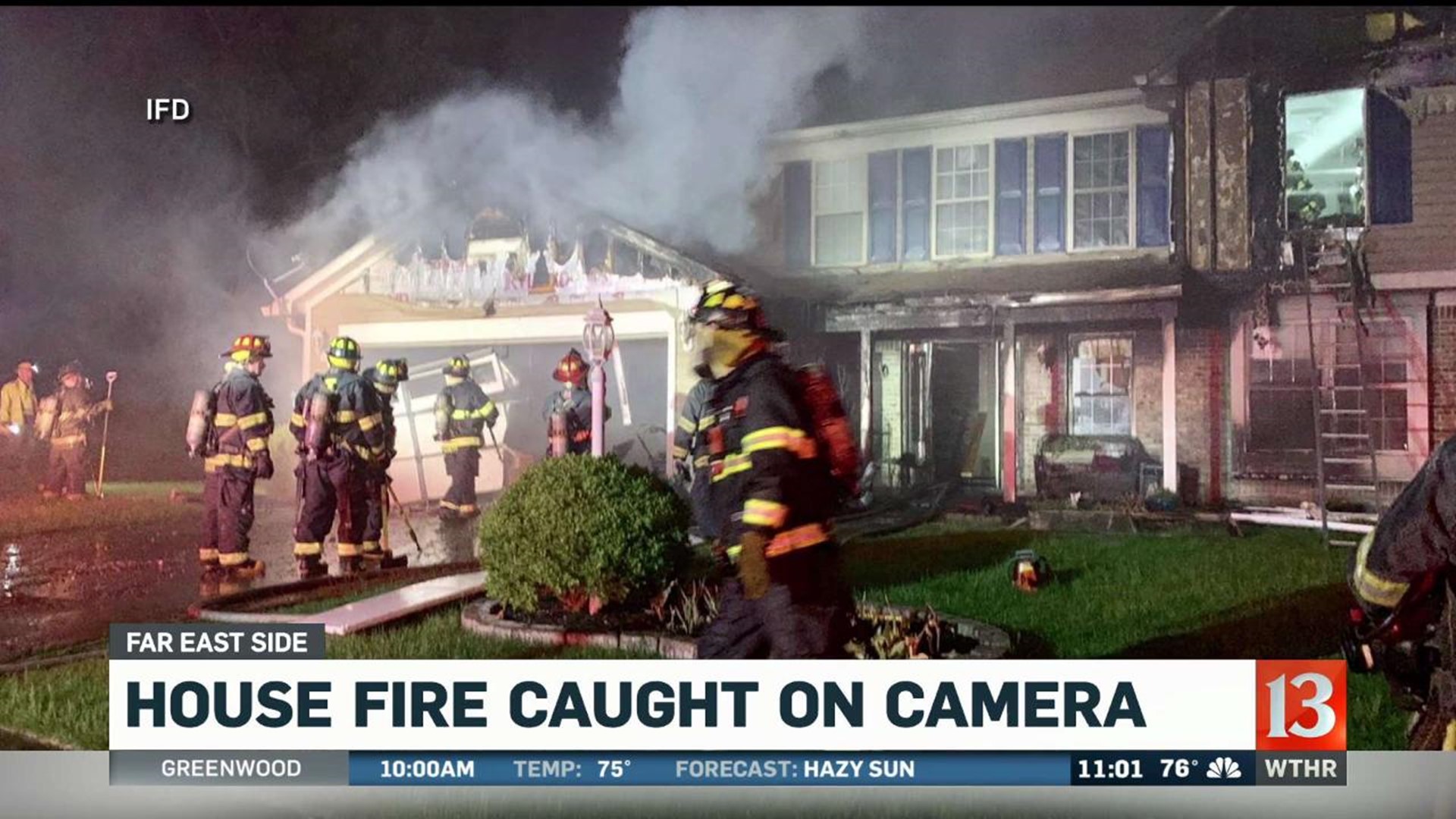 INDIANAPOLIS (WTHR) - A ring of fire.

That's all Michael Schlump could see on his Ring doorbell app when it woke him up via his phone last month as he slept in the basement of his east side home.

"It almost looks like a horizontal tornado. You just see this big circle of flames just going around," Michael said of the video captured by the doorbell's camera. "It was totally, 'What?!'"

"All you see is that spinning fire and it's surreal at that point. But you take two seconds and realize what's going on and then your brain clicks over and says, 'OK, gotta go. Gotta get out'," Schlumpf remembers thinking.

His wife Jennifer was sleeping in a recliner nearby, ordered by doctors to sleep upright after just having a double mastectomy four days earlier.

"I saw the light from the front of the house because the flames were so intense," Jennifer explained.

The couple realized their front porch was in flames and were able to get out a back door, along with the family dog.

Their two kids, ages three and eight, were staying with their grandparents while Jennifer healed from surgery.

"The kids absolutely would have been upstairs asleep in that bedroom," Michael explained.

1:02 AM - Family of 4 & one dog displaced after smoke alarms alert to fire in home at 10713 Palmyra Circle and evacuation successful. Extensive damage to structure no injuries. IFD victims assistance working with @INRedCross for shelter pic.twitter.com/KyKyRMpXik

That means the couple would have had to get past a burning front door and up and down the stairs to rescue them.

"The fire got hot enough that it completely shattered all the glass on the door," Michael added.

The couple said the doorbell app alerted them to the fire, even before their smoke detectors went off.

"We definitely got out much faster because of it," said Michael.

Fire investigators have not determined an exact cause, but have ruled out arson.

For now, the family is staying in a hotel, hoping to move to temporary housing soon, until their house is rebuilt.

None of it is easy, given Jennifer's continued recovery from breast cancer, but all of it has given them greater perspective about what matters most.

"You can really dwell on the tragedy of it or you can decide you're going to overcome it," said Jennifer.

The family is choosing the latter. Relatives have created a GoFundMe page to help raise money for Jennifer's recovery from cancer and, now, the family's recovery from the loss of their home.