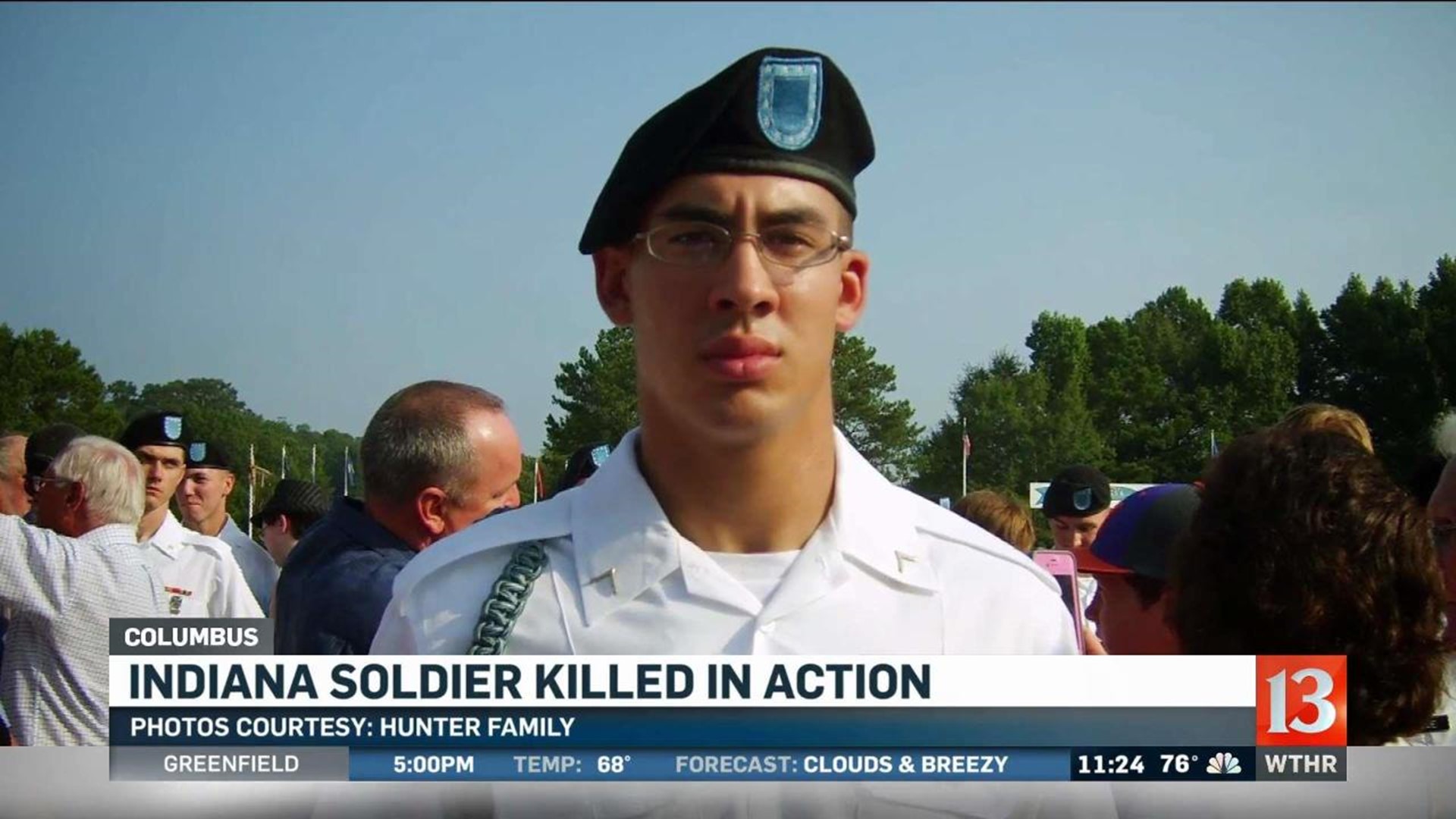 "Jonathon was an athlete, he was an amazing athlete," Aaron Hunter said.

Aaron led the family conversation with Eyewitness News about his cousin Jonathon, who was killed serving his country overseas. Just two weeks ago, they communicated on social media about sending a care package with some of things from home which are not easy to get in Afghanistan.

"Things like gummy bears, pictures from home, just anything," Aaron said. "My buddies were telling me anything you can't get over there. I was still working on the list of things to send him."

Jonathon Hunter graduated from Columbus East in 2011. He posted a photo of him posing with his dad while the high school football player was in his uniform. His father is proud of the accomplishments he made in high school athletics. He knew that Jonathon wanted to break the football records of his older brother, Marcus, who also played football for the Olympians.

The ambitious young soldier, who only had three years in the military, died in Afghanistan from a suicide bomb explosion reportedly set off by Taliban rebels. He is one of two soldiers reported killed in the incident. The military has not released any numbers on injuries so far.

Hunter also posted a couple of photos with his wife. The young husband wanted to also one day outrank another older relative who served in the military. His plan was to retire from the military one day with the highest ranking of anyone in his family who had served. Right now, he has several cousins his age or younger serving in the U.S. Armed Forces.

His grieving father, cousin, and brother offered these words to other military families.

"Just be proud and stand behind him, what your son wants to do, 100 percent, like this family did for him," Mark Hunter said.

"I would say, tell your loved ones that you love them every chance you get," said Jonathon's brother, Marcus. "You never know when the next time or the last time you are going to see them again."

It's no surprise, but just like Hunter's high school, the family has heard from people all over the Columbus area. During their interview with Eyewitness News, their cell phones never stopped ringing.

"The community support has just been unbelievable," Aaron said.

A military representative visited the family Thursday afternoon to update them on the next steps that would happen as far as returning Jonathon's body back to the United States.

His family is also expected to hear from the high school, which plans to recognize the young solider for his accomplishments.